Case for Complicity Controlled Demolition Ventura: ‘You’re not allowed to ask’ about 9/11 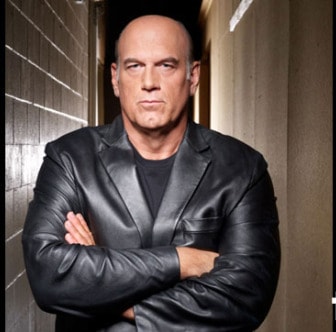 Former Minnesota governor and one-time professional wrestler Jesse Ventura has run afoul of the Huffington Post’s no-conspiracy-theory policy, and he’s not happy about it.

“I can’t believe the Huffington Post today will practice censorship,” Ventura says in astonishment. “I’ve got news for them. … I won’t ever write for ’em again.”

Ventura had posted an item on Tuesday which took note of a recent conference at which “more than one thousand architects and engineers signed a petition demanding that Congress begin a new investigation into the destruction of the World Trade Center skyscrapers on 9/11.” He also quoted a few paragraphs from his new book, American Conspiracies, to explain why some of those experts see signs of controlled demolition.

The item was featured on the front page of Huffington Post when it first went up, but after a few hours it vanished. All that appears now at its original location is an editor’s note saying, “The Huffington Post’s editorial policy, laid out in our blogger guidelines, prohibits the promotion and promulgation of conspiracy theories — including those about 9/11. As such, we have removed this post.”

The note is followed by three pages of comments, enthusiastically arguing the pros and cons of controlled demolition and other 9/11 theories, that were posted during the couple of hours before the entry was deleted and comments were closed.

Huffington Post’s own guidelines for its bloggers state, “We must — and do — reserve the right to remove objectionable, inaccurate, or inflammatory material and, if necessary, suspend or revoke blogging privileges. This also includes propagating conspiracy theories and blogging about behind-the-scenes housekeeping issues that are not of interest to the general public.”

Anastasia Churkina, a correspondent for RT, interviewed Ventura about the controversy. “He’s a man who doesn’t mince his words too much,” she reported on Thursday. “He was pretty blunt.”

“I can’t believe the Huffington Post today will practice censorship,” Ventura told her angrily. “They asked me to be a contributing editor and they said, ‘Write about anything you want.’ So it was the second time I did something — and they removed it?”

“Well, I’ve got news for them,” he continued. “I won’t ever write for ’em again. … I won’t do a thing for the Huffington Post because I don’t like it when people censor what I have to say.”

Ironically, Ventura had to go to RT, the English-language version of a Russian news channel, to tell his story. Although polls show that large numbers of Americans believe in a broad range of conspiracy theories, and a majority entertain doubts about the official story of 9/11, few of those questions ever appear in the mainstream media.

As Raw Story recently reported, “In November of 2007, an online article noted, ‘Nearly two-thirds of Americans think it is possible that some federal officials had specific warnings of the Sept. 11, 2001, terrorist attacks on New York and Washington, but chose to ignore those warnings, according to a Scripps Howard News Service/Ohio University poll.’ A national survey of 811 adult residents of the United States conducted by Scripps and Ohio University found that more than a third believe in a broad smorgasbord of conspiracy theories including the attacks, international plots to rig oil prices, the plot to assassinate President John F. Kennedy in 1963 and the government’s knowledge of intelligent life from other worlds. The high percentage is a manifestation, some say, of an American public that increasingly distrusts the federal government.”

Even liberal websites, however, discourage questions about 9/11, to the point where BooMan of the Booman Tribune had to preface a post at Daily Kos in 2005 by writing “I know this touches on verboten conspiracy theories, but this is a front-page NYT article.”

“It’s kind of hard to tell whether or not a new investigation will be launched,” Churkina concluded. “Many people don’t think this is going to be happening any time soon, even with such public figures, like Jesse Venture and other, calling for it.”