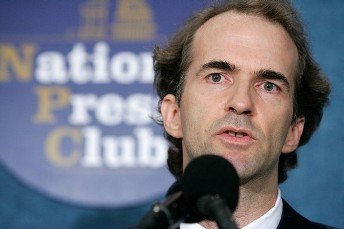 This episode of Visibility 9-11 welcomes back to the program Kyle Hence, founder of 9-11 Citizens Watch and producer of the excellent documentary 9-11 Press for Truth. Included is a brief discussion about the film as well as a new film Kyle is working on based on footnote #44 in Chapter 6 of the 9-11 Commission Report. A press release from the September 11th Advocates reads in part:

“In July 2004, when the 9/11 Commission released its Final Report, we read with enormous interest, Chapter 6 – “From Threat to Threat”, including footnote #44. Footnote #44 details an instance where a CIA desk officer intentionally withheld vital information from the FBI about two of the 9/11 hijackers who were inside the United States. This footnote further states that the CIA desk officer covered-up the decision to withhold said vital information from the FBI. Finally, footnote #44 states that the CIA desk officer could not recall who told her to carry out such acts.”

Also included in this discussion are the circumstances surrounding the historic national premier of 9-11 Press for Truth on a major market PBS station. On June 3, 2009 at 7:00pm, 9-11 Press for Truth will be shown on KBDI, Channel 12 in Denver Colorado. This historic broadcast will feature in-studio interviews during the broadcast with Kyle Hence, Bob McIlvaine, and a representative of Colorado 9-11 Visibility. As has been the case for the past couple of years, Colorado 9-11 Visibility will also be manning the phone banks during the broadcast which is also part of their periodic fund drives at KBDI. A great list of 9-11 books and DVD’s will be offered as premium gifts to viewers who pledge during this broadcast. Please contact KBDI and let them know how much you appreciate this historic broadcast and if you can, give them a donation which best fits your budget.

See “Media Breakthrough! 9-11 Press for Truth to Be Shown on Mainstream Television” for more on this outstanding success with KBDI in Denver.