The “war on terror” has created a culture of fear in America. The Bush administration’s elevation of these three words into a national mantra since the horrific events of 9/11 has had a pernicious impact on American democracy, on America’s psyche and on U.S. standing in the world. Using this phrase has actually undermined our ability to effectively confront the real challenges we face from fanatics who may use terrorism against us.

The damage these three words have done—a classic self-inflicted wound—is infinitely greater than any wild dreams entertained by the fanatical perpetrators of the 9/11 attacks when they were plotting against us in distant Afghan caves. The phrase itself is meaningless. It defines neither a geographic context nor our presumed enemies. Terrorism is not an enemy but a technique of warfare—political intimidation through the killing of unarmed non-combatants.

But the little secret here may be that the vagueness of the phrase was deliberately (or instinctively) calculated by its sponsors. Constant reference to a “war on terror” did accomplish one major objective: It stimulated the emergence of a culture of fear. Fear obscures reason, intensifies emotions and makes it easier for demagogic politicians to mobilize the public on behalf of the policies they want to pursue. The war of choice in Iraq could never have gained the congressional support it got without the psychological linkage between the shock of 9/11 and the postulated existence of Iraqi weapons of mass destruction. Support for President Bush in the 2004 elections was also mobilized in part by the notion that “a nation at war” does not change its commander in chief in midstream. The sense of a pervasive but otherwise imprecise danger was thus channeled in a politically expedient direction by the mobilizing appeal of being “at war.”

To justify the “war on terror,” the administration has lately crafted a false historical narrative that could even become a self-fulfilling prophecy. By claiming that its war is similar to earlier U.S. struggles against Nazism and then Stalinism (while ignoring the fact that both Nazi Germany and Soviet Russia were first-rate military powers, a status al-Qaeda neither has nor can achieve), the administration could be preparing the case for war with Iran. Such war would then plunge America into a protracted conflict spanning Iraq, Iran, Afghanistan and perhaps also Pakistan.

The culture of fear is like a genie that has been let out of its bottle. It acquires a life of its own — and can become demoralizing. America today is not the self-confident and determined nation that responded to Pearl Harbor; nor is it the America that heard from its leader, at another moment of crisis, the powerful words “the only thing we have to fear is fear itself”; nor is it the calm America that waged the Cold War with quiet persistence despite the knowledge that a real war could be initiated abruptly within minutes and prompt the death of 100 million Americans within just a few hours. We are now divided, uncertain and potentially very susceptible to panic in the event of another terrorist act in the United States itself.

That is the result of five years of almost continuous national brainwashing on the subject of terror, quite unlike the more muted reactions of several other nations (Britain, Spain, Italy, Germany, Japan, to mention just a few) that also have suffered painful terrorist acts. In his latest justification for his war in Iraq, President Bush even claims absurdly that he has to continue waging it lest al-Qaeda cross the Atlantic to launch a war of terror here in the United States.

Such fear-mongering, reinforced by security entrepreneurs, the mass media and the entertainment industry, generates its own momentum. The terror entrepreneurs, usually described as experts on terrorism, are necessarily engaged in competition to justify their existence. Hence their task is to convince the public that it faces new threats. That puts a premium on the presentation of credible scenarios of ever-more-horrifying acts of violence, sometimes even with blueprints for their implementation.

That America has become insecure and more paranoid is hardly debatable. A recent study reported that in 2003, Congress identified 160 sites as potentially important national targets for would-be terrorists. With lobbyists weighing in, by the end of that year the list had grown to 1,849; by the end of 2004, to 28,360; by 2005, to 77,769. The national database of possible targets now has some 300,000 items in it, including the Sears Tower in Chicago and an Illinois Apple and Pork Festival.

Just last week, here in Washington, on my way to visit a journalistic office, I had to pass through one of the absurd “security checks” that have proliferated in almost all the privately owned office buildings in this capital — and in New York City. A uniformed guard required me to fill out a form, show an I.D. and in this case explain in writing the purpose of my visit. Would a visiting terrorist indicate in writing that the purpose is “to blow up the building”? Would the guard be able to arrest such a self-confessing, would-be suicide bomber? To make matters more absurd, large department stores, with their crowds of shoppers, do not have any comparable procedures. Nor do concert halls or movie theaters. Yet such “security” procedures have become routine, wasting hundreds of millions of dollars and further contributing to a siege mentality.

Government at every level has stimulated the paranoia. Consider, for example, the electronic billboards over interstate highways urging motorists to “Report Suspicious Activity” (drivers in turbans?). Some mass media have made their own contribution. The cable channels and some print media have found that horror scenarios attract audiences, while terror “experts” as “consultants” provide authenticity for the apocalyptic visions fed to the American public. Hence the proliferation of programs with bearded “terrorists” as the central villains. Their general effect is to reinforce the sense of the unknown but lurking danger that is said to increasingly threaten the lives of all Americans.

The entertainment industry has also jumped into the act. Hence the TV serials and films in which the evil characters have recognizable Arab features, sometimes highlighted by religious gestures, that exploit public anxiety and stimulate Islamophobia. Arab facial stereotypes, particularly in newspaper cartoons, have at times been rendered in a manner sadly reminiscent of the Nazi anti-Semitic campaigns. Lately, even some college student organizations have become involved in such propagation, apparently oblivious to the menacing connection between the stimulation of racial and religious hatreds and the unleashing of the unprecedented crimes of the Holocaust.

The atmosphere generated by the “war on terror” has encouraged legal and political harassment of Arab Americans (generally loyal Americans) for conduct that has not been unique to them. A case in point is the reported harassment of the Council on American-Islamic Relations (CAIR) for its attempts to emulate, not very successfully, the American Israel Public Affairs Committee (AIPAC). Some House Republicans recently described CAIR members as “terrorist apologists” who should not be allowed to use a Capitol meeting room for a panel discussion.

Social discrimination, for example toward Muslim air travelers, has also been its unintended byproduct. Not surprisingly, animus toward the United States even among Muslims otherwise not particularly concerned with the Middle East has intensified, while America’s reputation as a leader in fostering constructive interracial and interreligious relations has suffered egregiously.

The record is even more troubling in the general area of civil rights. The culture of fear has bred intolerance, suspicion of foreigners and the adoption of legal procedures that undermine fundamental notions of justice. Innocent until proven guilty has been diluted if not undone, with some — even U.S. citizens — incarcerated for lengthy periods of time without effective and prompt access to due process. There is no known, hard evidence that such excess has prevented significant acts of terrorism, and convictions for would-be terrorists of any kind have been few and far between. Someday Americans will be as ashamed of this record as they now have become of the earlier instances in U.S. history of panic by the many prompting intolerance against the few. 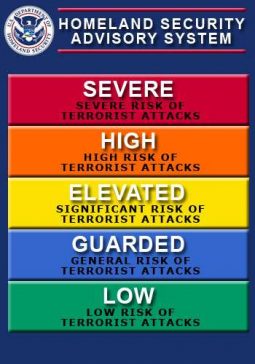 In the meantime, the “war on terror” has gravely damaged the United States internationally. For Muslims, the similarity between the rough treatment of Iraqi civilians by the U.S. military and of the Palestinians by the Israelis has prompted a widespread sense of hostility toward the United States in general. It’s not the “war on terror” that angers Muslims watching the news on television, it’s the victimization of Arab civilians. And the resentment is not limited to Muslims. A recent BBC poll of 28,000 people in 27 countries that sought respondents’ assessments of the role of states in international affairs resulted in Israel, Iran and the United States being rated (in that order) as the states with “the most negative influence on the world.” Alas, for some that is the new axis of evil!

The events of 9/11 could have resulted in a truly global solidarity against extremism and terrorism. A global alliance of moderates, including Muslim ones, engaged in a deliberate campaign both to extirpate the specific terrorist networks and to terminate the political conflicts that spawn terrorism would have been more productive than a demagogically proclaimed and largely solitary U.S. “war on terror” against “Islamo-fascism.” Only a confidently determined and reasonable America can promote genuine international security which then leaves no political space for terrorism.

Where is the U.S. leader ready to say, “Enough of this hysteria, stop this paranoia”? Even in the face of future terrorist attacks, the likelihood of which cannot be denied, let us show some sense. Let us be true to our traditions.

Former National Security Advisor Zbigniew Brzezinski comes out and says what should be obvious by now to anyone paying attention: the “War on Terror” is phony, and has succeeded only in bringing a ‘culture of fear’ to the US — though not without financial benefit to those ready to profit from the fear.

Together, the government, media and entertainment industries have turned “the terror threat” into a nationwide entrepreneurial venture. Brzezinski writes that “(T)error entrepreneurs,” whose never-ending task is to “convince the public that it faces new threats” have found a home on network television. Since “horror scenarios attract audiences,” the corporate media give a respectable veneer to fear-mongering through the presentation of these terror “experts” and “consultants” to the public. All of this is happening in a cultural environment in which Islam and Arabs are being vilified for sport and profit.

We don’t share Brzezinski’s nostalgia for the Cold War, of course. When he says that “(T)he events of 9/11 could have resulted in a truly global solidarity against extremism and terrorism,” he’s purposely ignoring that the US, under his guidance, helped engineer the ‘extremism and terrorism’ of the Mujahedeen who fought the Soviet Union in Afghanistan during the 1970’s and 1980’s. He doesn’t want peace, only a return to the ‘softer’ imperial policies of his own time in government. At bottom, he’s just a ticked-off member of the ruling class.

With those rather substantial caveats, we recognize his willingness to point out the harm being done to US culture and his call for real leadership – though our ideas of what that would look like would undoubtedly differ greatly from his.