This guest column is by Kevin Ryan, a member of the 9/11 Working Group of Bloomington

Over the past three years, a group of concerned Bloomington citizens has worked to raise the public consciousness about the need for 9/11 truth. These folks are sometimes called “conspiracy theorists” because they do not believe the official version of events. Once people get by their initial reactions to 9/11 questioning, however, much can be learned in the process. 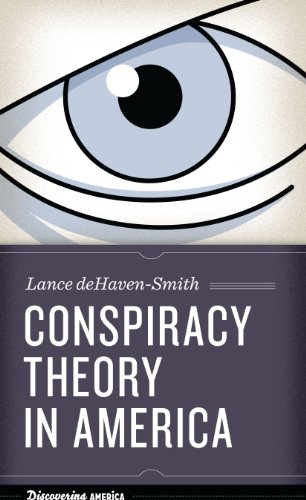 To begin with, we all understand the definition of a conspiracy to be a secret plan, among two or more people, to commit a crime. Yet when faced with emotionally charged events like 9/11, many of us pretend that the definition of the word has changed.

It is certain that unless you believe these crimes were committed by one person acting alone, you believe in a 9/11 conspiracy. But people today have been trained to use the word to mean only a small subset of conspiracies enacted by powerful people, like government officials.

For those who redefine the word in this way, al-Qaida is not capable of a conspiracy, and belief in conspiracies committed by powerful people is not rational. We are therefore left with the notion that conspiracies are irrational altogether, despite the fact that our news and our laws are chock-full of conspiracy charges.

Additionally, to accept this redefinition, we must ignore the many instances of secret criminal plans involving powerful U.S. government agencies, such as Operation Northwoods, Operation Gladio and the Gulf of Tonkin incident, all of which are now a matter of indisputable fact.

Others who are satisfied with the official explanations promote a theory called “blowback.” This theory suggests that certain people in the Middle East, who have been bombed and blockaded for many years, have assembled the means to strike back with vengeful acts of otherwise-irrational violence, by attacking symbols of Western wealth and power.

Oddly enough, proponents of the blowback theory cling forcefully to it but yet would never consider the “managed blowback” theory. That is, they would never allow the thought that powerful people might notice, and then manipulate or exploit, such vengeance.

Accepting the blowback theory also requires people to ignore the fact that the ever-changing official explanations for 9/11 were created by representatives of the Bush administration, which had a long record of secrecy and dishonesty.

Buying into blowback as the sole explanation also means ignoring that the U.S. national air defenses shut down for nearly two hours only on that one morning, that insider trading occurred without any insiders and that three tall buildings fell through the path of most resistance, when such events have never occurred before or since. And that’s before any discussion of the peer-reviewed scientific papers that have described explosive residues found in the WTC dust.

Undoubtedly, there are significant psychological challenges related to our understanding of 9/11, and the public response to both official and alternative explanations bears this out. Understanding those barriers might help us to discover the complete truth and thereby end terrorism and the related wars.

With this in mind, many professional people are calling for a new investigation into 9/11. They include more than 1,200 licensed architects and engineers, and other groups representing hundreds of religious leaders, firefighters, lawyers, medical professionals, scientists and intelligence officers, among others.

Two such people will join us this year at the Buskirk Chumley, for another free presentation at 7 p.m. on Sept. 4. Buddhist scholar Graeme MacQueen and behavioral neuroscientist Laurie Manwell will speak on the topic of “Peace through Truth: 9/11 and State Crimes Against Democracy.”

Everyone who is concerned about terrorism, and who hopes for peace, is welcome and encouraged to attend.