Home NORAD Zelikow Caught in a Whopper; Made False Statements to Author about Criminal...

Zelikow made the claim he was not involved in the initial stages of the dispute in response to an allegation made by commission staffer John Azzarello and relayed by Shenon. After the staff investigators drafted a memo for the commissioners in early April 2004 outlining why they thought NORAD and FAA officials had deliberately lied to them to overstate the military’s readiness during the attacks, Zelikow “just buried that memo,” according to Azzarello. In response, Zelikow claimed that he had not even known of the issue at the start. The implication was that, as he had not known of it, it could not be him that was orchestrating–or even involved in–a dispute between the staff investigators and the commission’s lawyers, Daniel Marcus and Steve Dunne.

However, the newly found e-mail chain shows Zelikow did know of the issue in April, raising the question as to why he falsely told Shenon he did not. Zelikow is not known to be linked to the FAA, but, if the commission had referred the matter to the Justice Department and it had started a perjury investigation against NORAD officials, this would certainly have had the potential to embarrass his friends at the Pentagon. Zelikow is alleged to have husbanded the issue to ensure a less potentially embarrassing referral to the inspectors general of the FAA and Defense Department, who in the end blamed the false statements on innocent mistakes and poor logkeeping.

Zelikow wrote to Shenon at some length about the issue in preparation for a book-length history of the commission Shenon was preparing (emphasis added):

On the later [2004] question of a later criminal or IG referral of NORAD and FAA, there was indeed a dispute on how to handle these issues between the team and Dan & Steve. So they [the team] did have a dispute with “the front office.” [Marcus & Dunne were part of the ‘front office’] I later deduced that this dispute had been percolating for a while, building up some tension and perhaps also some misunderstanding.

The issue was them bumped up to me, hitting me for the first time as I returned to DC from a trip out of town. I well remember being startled when I came back and read a message on this, addressed or cc’d to me for the first time, in which emotions were already riding pretty high and people were mistakenly assuming that I’d been involved in this seemingly long-running dispute all along.

The recently discovered e-mail chain, which apparently contains the e-mail where “emotions were already riding pretty high” — sent at 1:11 in the morning and accusing Marcus of distorting what had taken place at a previous meeting — shows that Zelikow was already aware of the matter.

The first e-mail in the chain is from John Farmer, the leader of the commission’s team investigating the failed air defense on 9/11 and is dated June 1, 2004. In it, Farmer discusses a call placed to him by 9/11 Commission Chairman Tom Kean and writes that Kean “knew nothing of the April 6 interim report” — the memo Zelikow allegedly buried. Farmer assumes that Zelikow knows exactly what he is talking about, indicating that Farmer and Zelikow had discussed the issue before.

It is also interesting how Farmer emphasizes that it was Kean that contacted him: “Gov. Kean reached out for me over the weekend regarding the June hearing. I had made no effort to reach him, directly or indirectly.” Early in the commission’s investigation, Zelikow had tried to prevent staff talking directly to commissioners, to centralize all contacts through himself. Although this rule was formally rescinded following protests from at least one commissioner, the fact that Farmer, one of the commission’s most senior staffers, felt the need to write this may indicate it continued to operate informally.

Zelikow replied a few hours later and, instead of claiming to know nothing of the issue, repeatedly stated he knew exactly what Farmer was talking about: “I believe that I discussed this matter with him [Kean] in April. I’ll talk to him and see if he agrees. The issue was certainly discussed with Lee [Hamilton, the commission’s vice chairman], who had a view. But first, just so we don’t all start suffering from a collective case of Alzheimer’s, let’s try together to remember what the issues were in April, when this topic was originally discussed, and the last time anyone discussed it with me.” 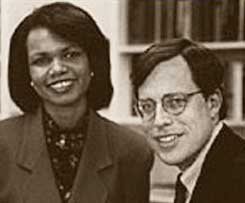 Zelikow then outlines the options mentioned at the April meeting and writes that “my initial judgment of these questions in April led me to propose the option of immediate referral to the two IGs [at the FAA and the Pentagon]…” Finally, he discusses how to proceed and says he thinks they should make a decision on referral.

This e-mail is followed by one from Marcus, who sets out what he thinks they agreed to do in April, then the emotional, early morning one from four staff members, Kevin Schaeffer, Miles Kara, Dana Hyde and Azzarello. Despite the clear emotional undercurrent, this e-mail is written in unusual, highly formal language, with sentences like, “We disagree with Dan’s characterization of our position at that meeting.”

It is this e-mail that Zelikow evidently referred to in his exchange with Shenon as being the first notice he had of the issue. He told Shenon that “I quickly tried to collect everyone, clear the air, and start working this,” and in his response to the emotional e-mail he does just that, calling a meeting for 10:30 a.m. the same day.

It is also interesting to note the second sentence of Zelikow’s response: “Receiving e-mails like this makes me wonder if all of you have lost the ability to use the telephone or, in Dana’s case, walk ten feet to my office.” One cannot read that sentence without thinking that perhaps Zelikow would have preferred not to have this disagreement in writing. After all, Zelikow sent some of the staffers an e-mail, and they replied by e-mail. What could be so very wrong with that?

The e-mail chain therefore shows that Zelikow had had various interactions on the issue before the first one he claimed in his exchange with Shenon:

(1) He attended the April 22 meeting, and may have read Farmer’s interim memo on the topic;

(2) He “believes” he discussed the issue with Kean, who was certainly aware of the vague allegations, as is shown by his later call to Farmer;

(3) There was also a discussion with Hamilton, which either Zelikow was involved in or learned of later;

(6) He received the e-mail from Marcus that led to the emotional e-mail.

Either these six, and possibly more interactions just slipped Zelikow’s mind when he was replying to Shenon’s inquiry, or he lied deliberately. The explanation that they slipped his mind is unlikely due to (a) the high number of the interactions, (b) the fact the inquiry was by e-mail, giving Zelikow more time to consider his response than in an ordinary face-to-face interview, (c) the extreme seriousness of the matter — they were discussing possible perjury by high-ranking military officers regarding events in which 3,000 people were murdered, and (d) Zelikow’s claim to Shenon that he “well remember[ed]” the emotional e-mail.

In addition, Zelikow’s claim that the staffers were “mistakenly assuming that I’d been involved in this seemingly long-running dispute all along” is false. This assumption was not at all mistaken, and in one of the e-mails Zelikow admits to having attended the April meeting. One of the things that upset the investigators most is Zelikow’s characterization of what happened at that meeting–that the “sense of the group” was to essentially do nothing for two months.

After Shenon’s book, The Commission: The Uncensored History of the 9/11 Commission, was published in 2008, some of the commission’s staff banded together to attack Shenon and claim he had been overly critical of Zelikow. However, on this issue Shenon sat on the fence, writing it was “almost impossible to sort out the truth” between Zelikow and Azzarello, but then implicitly favoring Zelikow’s version by pointing out a subsequent business relationship between Farmer and Azzarello and highlighting Azzarello’s emotional involvement in the investigation–two of his family had died in the WTC.

In the light of the e-mail chain, it seems that, if anything, Shenon took it easy on Zelikow. We have to ask the question: why did Zelikow lie? The logical option would seem to be to cover up the fact he had maneuvered against a criminal referral of the false statements to the Justice Department as a favor to his friends at the Pentagon, but this is not yet certain. Finally, it’s worth asking if Zelikow lied about his involvement in this issue, did he lie about anything else? If he did this for Stephen Cambone, what would he do for Condoleezza Rice?