Join Northern California 9/11 Truth Alliance at the beautiful Grand Lake Theatre in Oakland for this one day film festival where we critically examine the most world transforming event of our times.

What does the event of 9/11 mean for you and the world? Join others who are attempting to shine a light on this crucial moment in history.

If you cannot attend in person, you can watch the live web-stream to the world and watch the video archive afterwards for 30 days.Click Here to purchase your LIVE Web-Stream and Video Archive Ticket 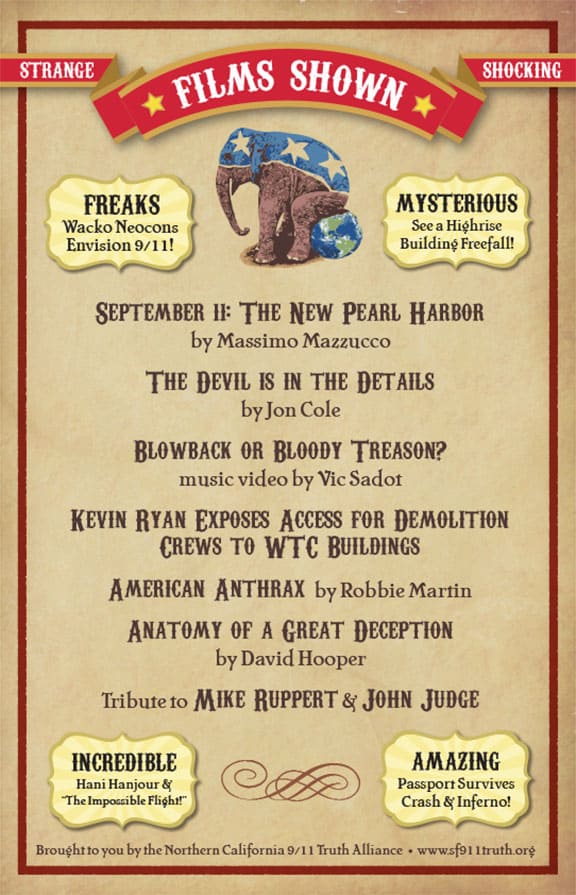 This year’s headline film, “The Anatomy of a Great Deception,” by 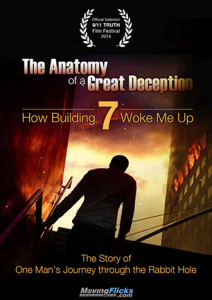 David Hooper is a fast-paced docu-thriller about the filmmaker’s discoveries while researching 9/11 that eventually led him to deduced that the official story of what transpired that day simply couldn’t be true. Besides the emotional upheaval he felt because of his belief that he was betrayed by his government, he also felt isolated from family and friends who shared neither his conclusions nor his conviction that America had been lied to and used for a larger agenda known only by a few. This film was produced in order to help inspire his friends and family, and the general public, to see the world from his perspective of what happened that day.

The filmmakers, through Moving Flicks LLC (a company set up to handle distribution for the film), have pledged to donate 50 cents to AE911Truth from each DVD sold for the next five years. In addition, they have allowed space inside the film’s DVD case for inserts designed to help encourage awareness of, membership in, and donations to AE911Truth. Another 50 cents per DVD will be donated to the Families of Freedom Scholarship Fund, which provides educational assistance to family members of 9/11 victims.

To Read more about this film, See:
The Anatomy of a Great Deception Chosen to Headline 9/11 Truth Film Festival