Originally published at PRI by The Takeway on 2/20/15

In 2002, the Sept. 11 victims’ families filed a lawsuit in federal court against the government of Saudi Arabia for their alleged role in funding and supporting al-Qaeda. The lawsuit floundered in 2013 amidst delays and a lack of substantial evidence, but new information has emerged that may resurrect the lawsuit.

Statements from former al-Qaeda operative Zacarias Moussaoui suggest that members of the Saudi royal family had been major donors to the terrorist group as recently as the late 1990s.

Moussaoui gave his account last October to Jerry Goldman, a shareholder at Anderson Kill law firm and a lawyer for Sept. 11 victims’ families, and other lawyers from the federal supermax prison in Florence, Colorado, where he is serving a life sentence.

“He has absolutely nothing to gain from this testimony, except for telling the truth,” says Goldman. 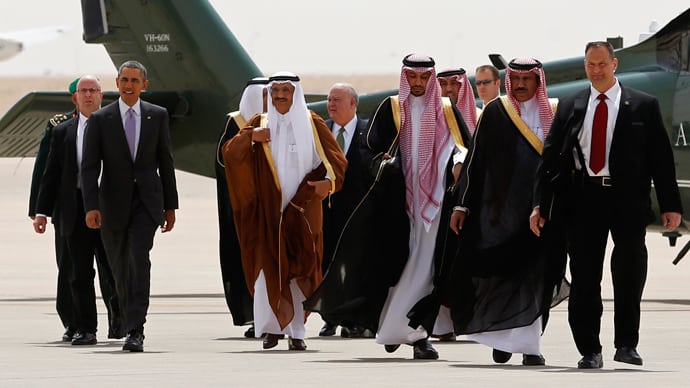 The Saudi government rejects Moussaoui’s 100-page testimony, which describes a close relationship between the government of Saudi Arabia and the al-Qaeda operatives who planned the 9/11 attacks. But Goldman says Moussaoui’s testimony fits within a broad historical pattern.

“The bad behavior that we allege of the Saudi royal family goes back a considerable period of time, and perhaps it’s still continuing,” he says. “That relevance is important, and most importantly, it’s relevance that the American people as a whole — not just the victims of 9/11 — need to understand what happened and [to know] that people are finally held accountable for the wrongs that they caused.”

In light of Moussaoui’s testimony, some believe the lawsuit should go ahead. But Goldman says it appears that the US government is shielding the Saudis.

“In our view, all of the information has not been released,” he says. “We’ve been working at this for 12 years and we’ve made a lot of progress, but there’s more progress to be made.”

Goldman says that he is waiting for the government to release the 28 pages redacted from the 9/11 Commission Report and the papers seized from Osama bin Laden’s home in Pakistan several years ago — something federal officials have yet to do.

“We are confident at this point that when all of the evidence is revealed that our theory of the case linking the Kingdom of Saudi Arabia to 9/11 will be found in a court of law,” he says. “The American people and the victims will then have justice.”

More than a decade after the towers collapsed, some are asking why this testimony hasn’t come out sooner. Moussaoui years ago gave his account to an attorney representing the family of former FBI counterterrorism chief John O’Neill, who died in the 9/11 attacks. O’Neill was believed to be among the most knowledgeable US officials on the connection between the late Osama Bin Laden and the Saudi royal family.

“I think John O’Neill would have been happy that people were finally asking Zacarias Moussaoui questions,” says Goldman. “I think the question that really arises is why didn’t the government really ask Zacarias Moussaoui the questions that we did? It’s clear that they didn’t during the course of his trial, and the judge at that trial raised that in a recent book: Why didn’t they try to flip him?”
This story first aired as an interview on PRI’s The Takeaway, a public radio program that invites you to be part of the American conversation.