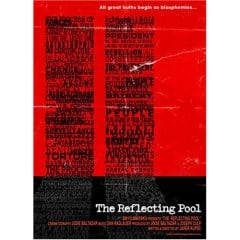 An investigation of the 9/11 events by a Russian-American journalist and a father of a 9/11 victim implicates the US government in the attacks.

ALEX PROKOP (Jarek Kupsc), a successful journalist, receives a rare 9/11 video tape revealing new information about the attack. The footage was sent by PAUL COOPER (Joseph Culp), a driven researcher, whose daughter died on 9/11. Sensing a good story, Prokop travels with Cooper to New York and Washington, DC, where they uncover suppressed information implicating the US Government in the attacks. As Cooper introduces Prokop to key eye-witnesses, the faÃ§ade of the “official story” begins to crumble. Prokop hears accounts of underground explosions in the Twin Towers moments before their collapse and discovers that the firm providing WTC security was run by the President’s brother.

We follow Alex and Cooper as they investigate the inexplicable collapse of the 47-story WTC Building Seven, disprove the implausible airliner “attack” on the Pentagon, and uncover the illegal destruction of physical evidence from Ground Zero.

The pressure builds as the FBI intimidates Alex’s editor, McGUIRE, (Lisa Black) to reveal key sources — while the magazine’s corporate investors threaten to kill the entire story. Plagued by the ghosts of his Communist childhood and trying to uphold the independence of American journalism, Alex’s search for the truth leads to a dangerous and shocking realization!

THE REFLECTING POOL is an intense, sobering investigation into the most controversial tragedy of our time. Drawn from established sources and based on verifiable facts, THE REFLECTING POOL is a thought-provoking study of a search for truth and the profound consequences of not looking for it any further than the nightly news.

WHAT PEOPLE ARE SAYING:

Jim Cirile
‘The Reflecting Pool’ may just be the All the President’s Men of our time. This gripping, chilling, fact-based thriller stars writer/director Jarek Kupsc (Slumberland) as Alex Prokop, a successful, hard-hitting Russian-American journalist. As a last gasp before corporate takeover, his editor (Lisa Black) hands Prokop a bombshell assignment — investigate the official version of 9-11. Prokop, dismissive of 9-11 skeptics, reluctantly teams with grieving father Paul Cooper (the outstanding Joseph Culp) to investigate. After losing his daughter in the attacks, Cooper has transformed himself into a 9-11 expert — at the expense of his marriage. As Prokop and Cooper kick at the hornets’ nest, a sickening, carefully orchestrated pattern of deceit emerges — and Prokop realizes publishing the story may mean curtains on his career. The well-researched (and exhaustively documented on the DVD) thriller ultimately proves more compelling than documentaries such as Loose Change by taking a narrative approach and by personalizing the story. Disbelieving investigative reporter Prokop is an effective audience surrogate, playing devil’s advocate, while the passionate, self-destructive Cooper grounds the story with heart and soul — a constant reminder of the human cost of the “war on terror.” The script is top-notch, the characterizations moving. If the film has a flaw, it’s in trying to document so much evidence in a narrative thriller. Yet by and large, it pulls it off to deliver a chilling and effective message — maybe it can happen here.”

Joel Hirshorn
Whether you see yourself as a truth seeker, patriotic American, independent thinker or voter, or just someone with bad memories of 9/11, you should make an effort to view The Reflecting Pool, a new independent movie. It is not about 9/11. It is about the credibility of the official government story about 9/11. Though a drama, it is based on meticulously researched facts about 9/11 as revealed in the bonus material on the DVD. The story is about the search for truth and the unsettling implications of discovering 9/11 truth that conflicts with what has become the folklore about the historic event.

Carol Brouillet
The Reflecting Pool and The Shell Game do not fall neatly into the categories of either propaganda or truthful journalism; they engage us in the drama of large events, the immense personal struggles people go through when they stick their necks out for truth and justice, to prevent major acts of violence against innocent people. They call on our spirit, demand that we pay attention, think for ourselves, not succumb to the mind-numbing lies propagated by an Orwellian press. They help us to see that there is something deeply amiss with the media in this country and encourage us to help change that.