An Army Reserve colonel is suing the Pentagon and U.S. intelligence agencies, claiming that they violated his free speech rights by blocking the distribution of his book over concerns it threatened national security. 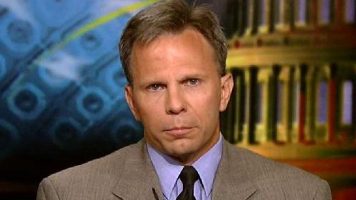 “Because the defendants have impermissibly infringed upon Shaffer’s right to publish unclassified information in Operation Dark Heart, they have violated Shaffer’s First Amendment rights,” the lawsuit says.

The suit provides a rare insight into the internal review process for the publication of books based on the search for senior Al Qaeda leadership in post-9/11 Afghanistan.

The lawsuit was filed by national security lawyer Mark Zaid and alleges that the book was compiled by Shaffer along with a former Washington Post reporter and author, Jacqui Salmon, who used unclassified or “open source” documents and independent interviews. The manuscript was submitted to Shaffer’s Army Reserve chain of command for review in June 2009 and ultimately given “a favorable legal and operational security review” in January. The court documents state, “the Army Reserve believed that the book had been reviewed and approved as having been completely clear of any classified information.”

The suit alleges that the Defense Intelligence Agency “claims to have first learned of Operation Dark Heart on or about May 27, 2010” and then leaned on the Army Reserve to withdraw its clearance of the book. “It was noted that there was ‘tremendous pressure’ being brought upon the Army by DIA to withdraw the Reserve’s approval for the publication of the book,” the lawsuit alleges, adding that “Shaffer was told to be aware there is a ‘huge target on your back’.”

Three weeks later, on July 22, “a DIA public affairs official allegedly called Shaffer and informed him that DIA had read the manuscript and claimed it contained ‘classified information.'” The suit contends that the DIA’s requests for minor edits turned into sweeping requests to withdraw or modify information already in the public domain.

“Contrary to the initial statements by the defendants as to the ‘surgical editing’ that was to be undertaken, the defendants requested significant changes to include modifying information that had been previously declassified, taken from open sources or obtained by Ms. Salmon, Shaffer’s ghost writer.”

The suit continues: “Eventually, approximately 250 pages out of 320 pages of Operation Dark Heart were required to contain redactions in order to allegedly prevent the disclosure of classified information. Little to none of this information, however, is actually classified.” To back up these claims, the suit lists various media organizations and websites that obtained advance copies of the book and compared the redacted portions to publicly available information. 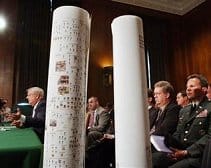 The suit says that the DIA’s efforts “are part of a continuing bad faith retaliatory campaign against Shaffer that dates back to 2004 when DIA initiated a frivolous action against him to revoke his security clearance. The Army Reserve discounted the allegations and in the midst of the DIA’s efforts, and with full knowledge of them, nevertheless promoted Shaffer to Lt. Col. In 2005, Shaffer became a national security whistleblower when he publicly claimed that a covert Pentagon task force called ‘ABLE DANGER’ which he was part of, had identified Mohammed Atta, the lead hijacker in the September 11th attacks, before the assaults on New York and the Pentagon.”

In October, a document obtained by Fox News and interviews with witnesses raised new questions over whether there was an effort by the Defense Department to cover up the pre-9/11 military intelligence program “Able Danger.” At least five witnesses questioned by the Defense Department’s inspector general told Fox News that their statements were distorted by investigators in the final IG’s report — or it left out key information, backing up assertions that the lead hijacker was identified one year before 9/11.

Fox News, as part of an ongoing investigation by its specials unit, exclusively obtained a clean copy of the IG report and spoke to several principal witnesses, including an intelligence and data collector who asked that she not be named. The witness told Fox News that she was interview twice by a Defense Department investigator. She said she told the investigator that it was a highly likely a department database included the picture of Atta, whom she knew under an alias, Mohammed el-Sayed.

In addition, the court documents state “the Department of Army has initiated an internal 15-6 investigation into Shaffer and the publication of his book. That investigation remains on going.”

Spokesmen for the CIA and DIA said they would not comment on pending litigation. In at least one case, the agency had not seen the suit. There was no immediate response from the Defense Department.

Able Danger Round Up