Home Resources Books Crossing the Rubicon: The Decline of the American Empire at the End... 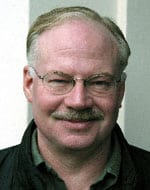 Crossing the Rubicon: The Decline of the American Empire at the End of the Age of Oil by Michael C. Ruppert is a detective story that gets to the innermost core of the 9/11 attacks. It places 9/11 at the center of a desperate new America, created by specific, named individuals in preparation for Peak Oil: an economic crisis like nothing the world has ever seen.
The attacks of September 11th, 2001 were accomplished through an amazing orchestration of logistics and personnel. Crossing the Rubicon discovers and identifies the key suspects and persons of interest — finding some of them in the highest echelons of American government — by showing how they acted in concert to guarantee that the attacks occurred and produced the desired result.
In describing the contents of the book he has spent two and a half years researching and writing Ruppert said:

“In my new book I will be making several key points:
1. I will name Richard Cheney as the prime suspect in the mass murders of 9/11 and will establish that, not only was he a planner in the attacks, but also that on the day of the attacks he was running a completely separate Command, Control and Communications system which was superceding any orders being issued by the NMCC [National Military Command Center], or the White House Situation Room.
2. I will establish conclusively that in May of 2001, by presidential order, Richard Cheney was put in direct command and control of all wargame and field exercise training and scheduling through several agencies, especially FEMA. This also extended to all of the conflicting and overlapping NORAD drills on that day.
3. I will also demonstrate that the TRIPOD II exercise being set up on Sept. 10th in Manhattan was directly connected to Cheney’s role.
4. I will also prove conclusively that a number of public officials, at the national and New York City levels, including then Mayor Rudolph Giuliani, were aware that Flight 175 was en route to lower Manhattan for 20 minutes and did nothing to order the evacuation of or warn the occupants of the South Tower. One military officer was forced to leave his post in the middle of the attacks and place a private call to his brother — who worked at the WTC — warning him to get out. That was because no other part of the system was taking action.
5. I will also show that the Israeli and British governments acted as partners with the highest levels of the American government to help in the preparation and, very possibly, the actual execution of the attacks.”
“There is more reason to be afraid of not facing the evidence in this book than of facing what is in it.