Beginning on page 22 of a Popular Mechanics 2006 book entitled Debunking 9/11 Myths, containing a forward comment by Republican presidential candidate John McCain, an attempt is made to clarify the role played by potential military aircraft intercepts during the terrorist attacks of September 11, 2001.

Citing unnamed sources, part of this section reads as follows:

When contacted by Popular Mechanics, spokesmen for NORAD and the FAA clarified their remarks by noting that scrambles were routine, but intercepts were not – especially over the continental United States.

However, according to a Federal Aviation Administration (FAA) Freedom of Information Act response dated March 3, 2008, the FAA concedes that records for the information alleged in part by Popular Mechanics’ unnamed FAA source, do not exist. 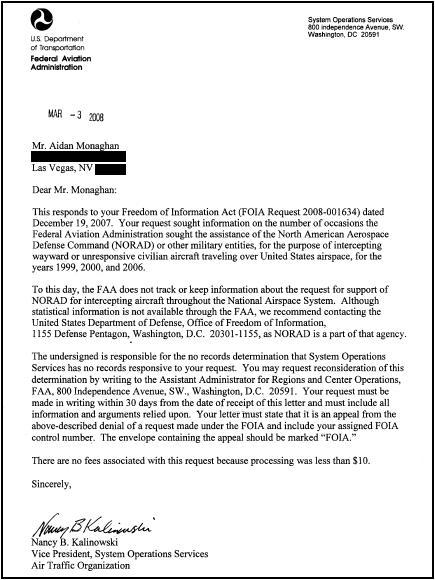