As we approach the tenth anniversary of the tragic events of September 11, 2001, we must weigh our collective need for maintaining and promoting what is believed to be “safe” against what is in fact true. A PhD in physics and former student of physics teacher David Chandler, when showed the compelling research David has put together on the physical improbability of the official story of the building collapses of the Three World Trade buildings on September 11 said, “I understand and accept your data as scientifically accurate and flawless, yet I don’t believe it”. 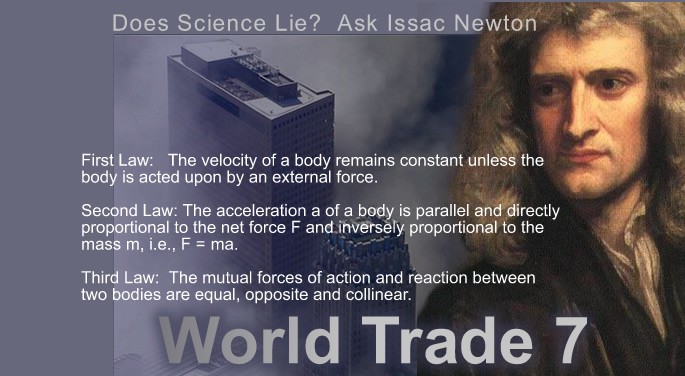 As David Chandler states in his recent DVD,” 9/11 Analysis ,” “It’s time to take the blinders off”. Remembering the enormous loss of life and the epic reaches of the sorrow of 9/11 can best be served by embracing the Truth, no matter how difficult a task that may be. Doing otherwise promotes the system that created this
misery. David Chandler’s research is honest, scientifically precise and profoundly compelling. Without pointing a finger of blame, David asks other scientists to test his work. He asks all of us to allow the rigors of science to clear our thinking, beliefs and assumptions so that a new dawning of intelligence and enlightenment replaces the belief system that enslaves us to the way things are.

Below is an excerpt from David Chandler’s DVD, “9/11 Analysis”. The video can be purchased at: 911speakout.org .