We are pleased to share this audio file of David Ray Griffin’s lecture, “9/11 and the American Empire: A Christian Critique,” presented Mar. 25 in Santa Barbara. (download here) 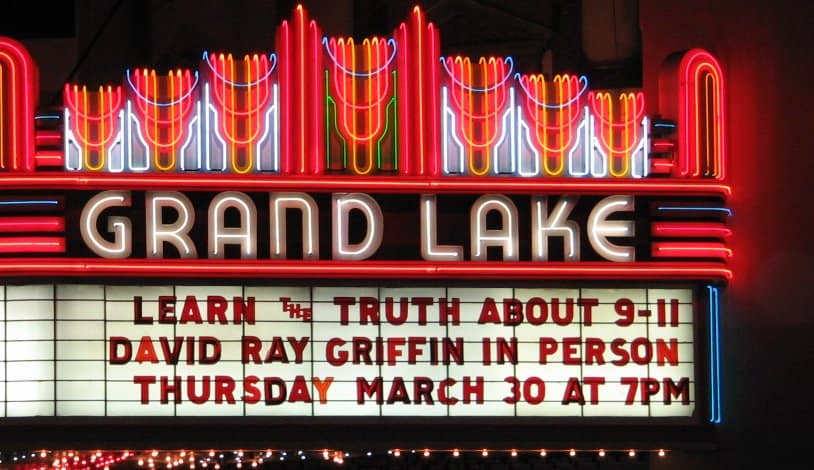 Dr. Griffin’s lecture at 7pm, Mar. 30 at the Grand Lake Theatre in Oakland, was web-streamed live by KMUD.org. Further details at pdeastbay.org/911MythReality.

911Truth.org exclusive: The author of The New Pearl Harbor, David Ray Griffin, made a return last Saturday to his accustomed discipline, theology, addressing “9/11, American Empire, and Christian Faith” in an early-morning lecture to an audience crowding into the Trinity Episcopal Church in Santa Barbara, CA. The evidence that 9/11 was a false flag attack is very strong, Griffin argued, lamenting that most Americans reject the idea as beyond the pale ? their own government could never do such a thing! ? without examining the facts. In reality, false flag attacks are historically common, frequently used by empires to provide pretexts for war and create the enemy images necessary for rallying a fearful people behind imperial policy. The history of the United States has not been different in this regard, as Griffin makes clear. But those who attain these insights, especially with regard to 9/11, are forced to take action. Griffin therefore asks his fellow “Christians in America” how they should “respond to the realization that we are living in an empire similar to the Roman Empire at the time of Jesus, which put him to death for resistance against it?”

911truth.org hereby grants to all readers of this website permission to link to any and all articles found in the public areas of the website, 911truth.org, so long as the full source URL (https://911truth.org/article.php?story=20060118104223192, in this case) is posted with the article.