by Kristen Breitweiser, 9/11 Widow and Activist
July 16, 2011
The Huffington Post

Breathlessly, six members of Congress have requested that the FBI investigate the “outrageous” allegations that News Corp might have hacked into the cell phones of 9/11 victims and their families. Lickety split, the Justice Department has done so.

First off, does it surprise me that a corporation like News Corp. might try to hack into the information of private citizens for their own financial gain? Nope.

Much like it wouldn’t surprise me if my own government hacked into the private information of its citizens for political gain or… er, I mean, “reasons of national security.” Just ask Dick Cheney and Karl Rove about that. 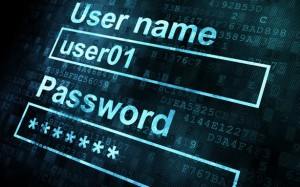 Of course, any such “accidental netting” on their part would be immediately explained away under the protections of FISA and the Patriot Act, because clearly it would have been necessary “in the ongoing fight against terrorism.”

Too bad, Congress doesn’t want to investigate those types of indiscretions. Sigh.

But truly, I am awestruck when people like Congressman Peter King, Chairman of the House Committee for Homeland Security is so quickly moved to demand an investigation into such vague, seemingly hollow allegations as someone hacking into the cell phones of people like me.

Is this the same Congressman King who when faced with actual hard, incontrovertible facts and figures regarding the vulnerabilities posed by dangerous chemical and water plants across the country remains disinterested? And, I might add firmly on the side of big business. An issue, I might also add, that places a million+ Americans in the bull’s eye everyday. Where’s the outrage there? Or the demand for immediate investigation and action when it comes to that, Congressman King?

Because with regard to Murdoch-gate and 9/11 victims, ironically, it would seem the bar is pretty low.

According to the Washington Post, “the Mirror‘s story remains unsubstantiated and uncorroborated, and it has been reported exclusively by a British tabloid famous for sensational journalism.”

Moreover, the Post reports that “the Mirror names no specific sources in its reporting, and it relies on a single anonymous second-hand source for its account.”

Yet apparently, the US Department of Justice and FBI feel the need to delve into these allegations.

Do they really have that kind of spare time? Especially in light of recent news reports that Bin Laden was planning another large-scale attack on the 10th anniversary of 9/11.

More to the point, if all it takes are allegations made in the media to spark a fire in the “seat” of Congress, then I’d like to re-direct their attention along with Director of the FBI, Robert Mueller, Attorney General Eric Holder, and President Obama to this month’s Vanity Fair article written by Anthony Summers and Robbyn Swan, “The Kingdom and the Towers.”

The article details strong, credible allegations directly connecting Saudi financing to the 9/11 attacks. In fact, there are too many alarming, damning bits of information to adequately highlight here. You’ll have to read the article for yourself.

When done reading, I hope that you, too, will question why 10 years later neither Congress nor our Justice Department is interested or willing to investigate the truth about Saudi complicity in the 9/11 attacks.

After all, some might say that Congress’ attempt to go up against a ruthless bastard like Murdoch makes taking on the Saudis look like a proverbial walk in the park. But of course, that’s what we’d all be doing — walking — if DOJ and Congress ever did seriously confront the Saudis, since we’d end up being a little short on oil.