A federal judge dismissed a lawsuit Thursday against warantless wiretap programs established during the Bush administration, ruling that the court could not determine the plaintiff’s legal standing without endangering national security.

Politico reported that U.S. District Court Judge Jeffrey White dismissed a lawsuit originally filed in 2008 that argued that the Terrorist Surveillance Program set up by the NSA under President George W. Bush violated both the Fourth Amendment and the Foreign Intelligence Surveillance Act (FISA).

White wrote in his ruling that allowing the case to proceed could have “devastating” consequences for U.S. national security, according to Politico.

“The Court cannot issue any determinative finding on the issue of whether or not Plaintiffs have standing without taking the risk that such a ruling may result in potentially devastating national security consequences,” he reportedly wrote.

In his ruling, White argued that plaintiffs could not determine whether or not the U.S. government had spied on their phone records without revealing state secrets. 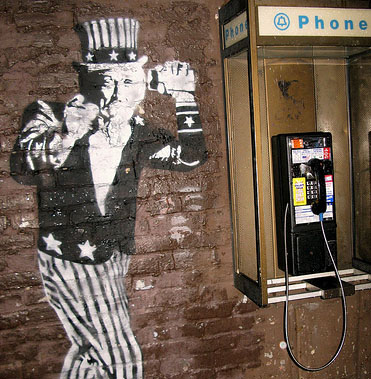 “The Ninth Circuit was not presented with the issue of what to do when, as here, the answer to the question of whether a particular plaintiff was subjected to surveillance … is the very information over which the Government seeks to assert the state secrets privilege,” he wrote, according to Politico.

The rights group Electronic Frontier Foundation (EFF), which brought the suit, vowed to repeal the ruling.

“We are disappointed that the case was dismissed on the basis of the government’s state secrecy arguments,” the group’s director Cindy Cohn told Politico.

“The American people deserve to know whether mass surveillance is legal and constitutional. Instead of proceeding to the legal merits of the government’s programs, the Court deferred to the government’s state secrecy arguments. We look forward to seeking review in the Ninth Circuit.”