Hamilton’s carefully honed skill for balancing truth against political comity has elevated him to the status of a Washington Wise Man. In this guest essay, however, Jerry Meldon suggests that attendees at a Tufts conference on the Middle East might want to ask Hamilton about his past compromises with history.

(Plus, at the end of the essay, you may want to read an addendum from reporter Robert Parry on two questions that might be posed to Hamilton about decisions he made in wrapping up the so-called “October Surprise” case):

When former Rep. Lee Hamilton gives the keynote address – entitled “Iraq: Today, Tomorrow, and Beyond” – at a Tufts University symposium on March 27, he may be thankful if he doesn’t have to discuss “yesterday.”

He probably would prefer not to revisit fateful decisions he made while chairing investigations into Republican dirty work, especially those that let George H.W. Bush off the hook and cleared George W. Bush’s path to the White House.

Editor’s Note: Whenever the Republicans have a touchy national-security scandal to put to rest, their favorite Democratic investigator is Lee Hamilton. Over the years, Hamilton has developed a reputation as a very reasonable fellow who knows how far he can go without ruffling too many important feathers.

As veteran journalist Robert Parry has persuasively argued at Consortiumnews.com, the Bush family name squeaked through the 80’s and early 90’s essentially mud-free, only because:

–On Christmas Eve 1992, lame-duck President George H.W. Bush pardoned six of his earlier co-conspirators in the Iran-Contra affair (the Reagan-Bush White House’s diversion of profits from illegal arms sales to Iran to bankroll Nicaragua’s contra terrorists in defiance of a congressional ban). Until he was pardoned that day, former Defense Secretary Casper Weinberger might have bought clemency by testifying against co-conspirator Bush.

— After Bush left office on Jan. 20, 1993, President Bill Clinton (along with other senior Democrats, including Hamilton) cut short a congressional inquiry into Bush’s secret billion-dollar loans to Saddam Hussein and did nothing to help Special Prosecutor Lawrence Walsh penetrate the Iran-Contra cover-up.

–Hamilton also soft-pedaled two key congressional inquiries. The first investigated the Iran-Contra scandal in 1987 and the second examined allegations that the 1980 Reagan-Bush campaign team had struck a treasonous deal with the hostage-holding Iranian government while Jimmy Carter was still president.

Conventional wisdom has attributed the target-friendliness of those latter investigations to Mr. Hamilton’s celebrated spirit of bipartisanship.

After all, what else could have persuaded Hamilton to narrow the scope of the Iran-Contra investigation in order to placate Dick Cheney and the rest of the committee’s Republicans, if not his desire to appear bipartisan?

And how else to explain Hamilton’s ill-advised decision to join with the panel’s Republicans (in defiance of all but one other Democrat) and immunize the testimony of a man on whom it had the goods, Marine Lt. Col. Oliver North (whose operations in the Old Executive Office Building had been exposed by reporter Parry in 1985-86)?

Thus emboldened, the cocky Col. North proceeded to cover up for then-Vice President Bush, and North was spared a felony record because his later criminal conviction was reversed because of his immunized testimony, which Hamilton had helped arrange. 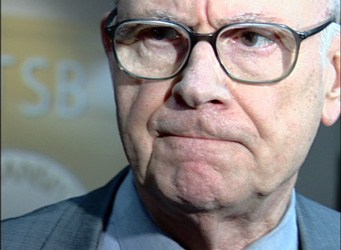 Hamilton’s Iran-Contra performance was troubling. But he went several steps further when he chaired the October Surprise Task Force and handed the Reagan-Bush administration a deck full of get-out-of-jail-free cards.

In the lead-up to the 1980 election, Republicans feared that Jimmy Carter would pull off an “October Surprise” and talk the Iranians into releasing 52 American hostages. Carter’s failure to do so led to Reagan’s landslide victory.

However, over the next several years, a parade of individuals alleged that Carter failed only because the Republicans had secretly agreed to arm Iran in exchange for a delay in the hostages’ release.

Heated Republican denials notwithstanding, the fact remained that the Iranians chose to end the hostages’ 444-day ordeal within hours of Reagan’s inauguration. To put the nasty rumors to rest more than a decade later, the House Foreign Affairs Committee formed a task force under the leadership of Henry Hyde, R-Illinois, and … Lee Hamilton.

The task force was charged with examining allegations that in the summer and fall of 1980 Republican heavyweights, notably the vice presidential candidate, former CIA director George H.W. Bush, and the campaign director, future CIA director William J. Casey, had secretly flown to Europe to strike the fateful deal.

The key issue was the veracity of Bush’s and Casey’s alibis.

In the heat of his 1992 re-election campaign, an angry President Bush accused the task force of waging a “witch hunt.” Obligingly, Hamilton and Hyde disclosed that partially redacted Secret Service records backed Bush’s alibi, thus clearing him of suspicion.

However, Spencer Oliver, chief counsel to the House Foreign Affairs Committee, objected, asking why key sections of those records were blacked out; why one crucial entry asserted a trip to a Maryland country club that Bush never took; and why the identity of a person who supposedly met with Bush was withheld from the task force.

Oliver charged that the Bush administration was stonewalling:

“They have sought to block, limit, restrict and discredit the investigation in every possible way … President Bush’s recent outbursts [about] his whereabouts in mid-October of 1980 are disingenuous at best since the administration has refused to make available the documents and the witnesses that could finally and conclusively clear Mr. Bush.”

Journalist Parry adds: “The Bush administration flatly refused to give any more information to the House task force unless it agreed never to interview [Mr. Bush’s] alibi witness and never to release [that person’s] name. Amazingly, the task force accepted the administration’s terms.”

Hamilton’s treatment of Mr. Bush was outrageously deferential. But it was pit-bull-like compared to how he handled the attempts to provide the late Mr. Casey with an alibi.

The Republicans first insisted that Casey could not have flown to meet with the Iranians when it was alleged that he did, because on that particular weekend he had attended a historical conference in London.

But that alibi had to be ditched when historian and conference attendee Robert Dallek reported that Casey had missed a strategically timed morning session.

A new alibi was introduced that instead placed Casey at California’s Bohemian Grove retreat. As it turned out, Casey had indeed stayed at the Bohemian Grove, only not on the decisive weekend.

Unfazed, Hamilton’s task force acted as if Casey’s alibi remained solid and issued a report that exonerated both Casey and Bush.

Not long afterward, task force co-chair Henry Hyde acknowledged that Casey’s 1980 passport had vanished along with key pages in his personal calendar.

Unperturbed, Lee Hamilton penned a New York Times Op-Ed in which he cited Casey’s so-called alibi in insisting that the House task force’s report “should put the controversy to rest once and for all.”

Only later did journalist Robert Parry rummage through the task force’s records to discover a photograph of the 16 men who had been at the Bohemian Grove on that notorious weekend in the summer of 1980 in the company, it was claimed, of William Casey.

Casey was not in the photo, a fact that the task force had conveniently neglected to report. [For more details on the October Surprise mystery, see Parry’s 2004 book, Secrecy & Privilege: Rise of the Bush Dynasty from Watergate to Iraq.]

So, on March 27 – as Mr. Hamilton participates in the Fares Center’s symposium, “The United States and the Middle East: What Comes Next After Iraq?” – the Tufts community will have the opportunity to ask Mr. Hamilton exactly why he has repeatedly kept Americans in the dark about critical episodes of their nation’s history in dealing with the Middle East.

Jerry Meldon is an associate professor of chemical engineering at Tufts University in Medford, Massachusetts. He can be contacted at jerry.meldon@tufts.edu

If someone does get to ask Hamilton a question or two on the October Surprise case, there are two new points worth pressing him on:

One, task force chief counsel Larry Barcella told me in an interview that so much incriminating evidence was pouring in to the task force at the end of 1992 that he recommended to Hamilton that the investigation be extended a few months so the new material could be evaluated.

Hamilton refused and instead ordered the report to be issued exonerating the Bush-Casey crowd. Barcella said Hamilton cited the complexity of getting the task force re-authorized heading into a new Congress.

But shouldn’t evidence of such a serious political crime and of such an important historical event take precedence over clerical matters like getting an extension approved?

The Russian report confirmed that Casey, Bush and CIA officer Robert Gates had attended meetings in Europe with senior Iranian officials regarding the Iran hostage crisis in 1980.

However, the House task force did nothing with this remarkable report, besides stick it in a box with other papers from the investigation.

Two days later, on Jan. 13, 1993, Hamilton presided over a press conference dismissing the October Surprise allegations, but he made no reference then or at any time since to the Russian report, which I later recovered from the files.

Barcella told me that the task force didn’t want to be bothered with trying to get it declassified. So they stuck it in the box. (He envisioned it ending up in a giant government warehouse, like in “Raiders of the Lost Ark.”)

But why didn’t Hamilton (who took over as chairman of the House Foreign Affairs Committee in 1993) arrange for the Russian report to be declassified and shared with the American people?

I know these may not be exactly topical questions, but they do relate to U.S. dealings with the Middle East, especially given Iran’s current role in Iraq. Many of the same Iranians from the October Surprise case (such as Karrubi and Rafsanjani) are still active.