Home 9/11 Families Media Breakthrough! 9-11 Press for Truth to Be Shown on Mainstream Television 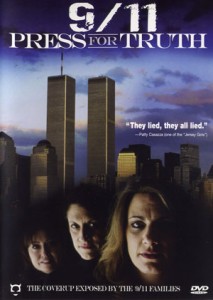 I am very happy to announce that for the first time in our movement’s history, 9/11 Press for Truth will be shown on a mainstream media television station. KBDI Channel 12 in Denver Colorado has just confirmed that they will be showing this groundbreaking film during their upcoming pledge drive on June 3, 2009.

As has been the case in the recent past, Colorado 9-11 Visibility will be there manning the phone banks and expect to get some prime time during this showing to make our plea for a new investigation into the crimes of September 11th, 2001.

As many of you may know, this is not the first time that Colorado 9-11 Visibility has made an appearance on KBDI. Our most recent appearance was in March of this year during the showing of America, Freedom to Fascism. Our time at KBDI actually goes back a couple of years when one of our members, Michael Anderson approached the station about our group volunteering to man the phones during their pledge drive. As a perk for the volunteering organization, KBDI gives the opportunity to promote the group on-air during their time on the phone banks and promote we did! We do not know the whole story on what kind of effect we had, but during this initial appearance on KBDI, we handed out DVD’s and other 9-11 related literature to the staff at the station. To me, they were friendly enough, but I felt their reception of us was lukewarm at best. What a nice surprise to us when we were invited back again and again for all subsequent pledge drives since and given and increasingly warmer reception. And now this! We are ecstatic over this as it is the result of years of determined work by our group of very dedicated activists here in Colorado.

You can see our previous appearances on KBDI here.

Congratulations to the makers of the film, and to the members of Colorado 9-11 Visibility, and BRAVO to KBDI Channel 12 in Denver for having the guts to do what no other television station in this country has done.