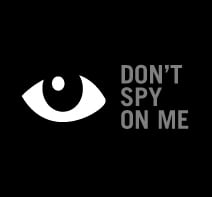 Washington, DC — New FBI guidelines governing investigations were released today after being signed by Attorney General Michael Mukasey. The American Civil Liberties Union quickly blasted the Department of Justice and FBI for ignoring calls for more stringent protections of Americans’ rights. The guidelines replace existing bureau guidelines for five types of investigations: general criminal, national security, foreign intelligence, civil disorders and demonstrations. The ACLU has been vocal in its disapproval of the overly broad guidelines, citing both the FBI’s and DOJ’s documented records of internal abuse.

The new guidelines reduce standards for beginning “assessments” (precursors to investigations), conducting surveillance and gathering evidence, meaning the threshold to beginning investigations across the board will be lowered. More troubling still, the guidelines allow a person’s race or ethnic background to be used as a factor in opening an investigation, a move the ACLU believes may institute racial profiling as a matter of policy.

“The attorney general today gave the FBI a blank check to open investigations of innocent Americans based on no meaningful suspicion of wrongdoing,” said Anthony D. Romero, Executive Director of the ACLU. “The new guidelines provide no safeguards against the FBI’s improperly using race and religion as grounds for suspicion. They also fail to sufficiently prevent the government from infiltrating groups whose viewpoints it doesn’t like. The FBI has shown time and time again that is incapable of policing itself and there is good reason to believe that these guidelines will lead to more abuse.”

The FBI originally adopted internal guidelines in the mid-1970s after investigations showed widespread abuses and violations of constitutional rights by the agency, including the politically-motivated spying on figures like Martin Luther King, Jr. Ironically, these newly revised guidelines could open the bureau up to exactly that kind of abuse once more. Though the DOJ and FBI Director Robert Mueller have consistently claimed that the new guidelines would not give agents new authority, the previous guidelines governed very different types of investigations, and tearing down the walls between them will invariably mean that new powers will be applied where they were not before.

Last month, the ACLU formally requested the DOJ’s Office of the Inspector General investigate current abuses of the attorney general guidelines. The investigation should particularly examine the manner in which the FBI uses race, religion, national origin or First Amendment protected activities in determining whether to initiate, expand or continue an investigation.

“Attorney General Mukasey has decided to implement these disastrous guidelines against the protests of members of Congress, privacy groups and the American public,” said Caroline Fredrickson, Director of the ACLU Washington Legislative Office. “It is naÃ¯ve to think these guidelines will not result in abuse. Though the DOJ and FBI claim they are doing what they must to meet the law enforcement needs of the future, they are only doomed to repeat the abuses of the past. Since, under these guidelines, a generalized ‘threat’ is enough to begin an investigation, the FBI will be given carte blanche to begin surveillance without factual evidence. The standard of suspicion is so low and the predicate for investigations so flimsy that it’s inevitable we will all become suspects.”

WASHINGTON (AFP) — US Attorney General Michael Mukasey has signed new guidelines for FBI operations he said are designed to better protect the country from terrorist attacks, but that raise concern of some lawmakers and civil rights groups.

“These guidelines provide more uniform, clearer and simpler rules for the FBI operations … are designed to allow the FBI to become, among other things, a more flexible and adept collector of intelligence,” Mukasey and FBI director Robert Mueller said in a statement Friday.

“Since the 9/11 attacks, the FBI and the Department of Justice more broadly have set priorities for and reorganized their activities to prevent future terrorist acts against the American people,” the statement said.

Mukasey said most of the new, streamlined rules “will be available to the public … As a result, the general public will have access in a single document to the basic body of operating rules for the FBI’s activities.”

But despite Mukasey’s assurances that the new regulations “reflect consultation with Congress as well as privacy and civil liberties groups,” not all concerns over their effect on privacy rights were dispelled.

“It appears that with these guidelines, the attorney general is once again giving the FBI broad new powers to conduct surveillance and use other intrusive investigative techniques on Americans without requiring any indication of wrongdoing or any approval even from FBI supervisors,” Leahy said in a statement.

“The American people deserve a vigilant Justice Department that does not sacrifice or endanger their rights and privacy,” he added.

The American Civil Liberties Union, who had called for an investigation into the first version of the FBI regulations, said the new rules “reduce standards for beginning ‘assessments.'”

“More troubling still,” it added, “the guidelines allow a person’s race or ethnic background to be used as a factor in opening an investigation, a move that the ACLU believes may institute a racial profiling as a matter of policy.”