Publishers know that controversy fuels book sales. Apparently, so does burning them.

The Pentagon has only helped build buzz around “Operation Dark Heart,” a firsthand account of special operations in Afghanistan, by burning 9,500  copies — nearly all the first run. (Some review copies, released before publication, have filtered out and sold for more than $2,000 on eBay, according to Time magazine.) 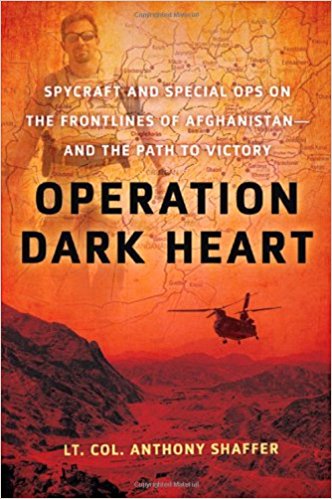 Destroying books isn’t an everyday occurrence. In fact, the Pentagon says it has never destroyed copies of a book before. But in this case, the Pentagon contends that Lt. Col. Anthony Shaffer’s work includes classified information that shouldn’t have been published and therefore it was the only option.

On Sept. 24, four days after the burning, publisher St. Martin’s Press printed 50,000 copies of the book with supposedly classified information now blacked out. Even with redactions, the second run — five times larger than the first — is selling well. Time magazine noted that “Operation Dark Heart” hit No. 1 on Amazon’s biography list and No. 2 on Barnes & Noble’s political list.

The Pentagon may have succeeded in keeping thousands of unredacted copies from hitting the shelves, but it cannot be certain that the book’s contents won’t ever reach readers. In the digital age, it’s nearly impossible to completely destroy anything. WikiLeaks, the secretive whistleblower site, called the Pentagon “Nazi punks” for burning the books and has already threatened to post an unredacted copy on the Internet. Some of the un-redacted pages have appeared online in an effort to look at the military’s review process.

Steven Aftergood, of the Federation of American Scientists, has done a side-by-side comparison (PDF) of some excerpts of the two versions on the  organization’s website. Aftergood wrote that the comparison provides “a revealing snapshot of the way that the Obama administration classifies national security information in 2010.”

In some cases, it’s hard to figure out exactly why a redaction was needed. For instance, Aftergood notes that the most common redaction is Shaffer’s cover name in Afghanistan, “Christopher Stryker.” However, that cover name was already revealed in public testimony in 2006. Another name — that of actor Ned Beatty — is also redacted for some unknown reason.

Aftergood estimates that “perhaps 10% of the redacted passages do have some conceivable security sensitivity, including the identity of the CIA chief of station in Kabul, who has been renamed ‘Jacob Walker’ in the new version, and a physical description of the location and appearance of the CIA station itself, which has been censored.”

So it’s a bit unclear why the vetting process leads to so many redactions that may not actually be harmful if released. The New York Times reported last month that Shaffer’s book “divided military security reviewers and highlighted the uncertainty about what information poses a genuine threat to security.”

Aftergood seems to believe that the review process by intelligence agencies is flawed.

“In short, the book embodies the practice of national security classification as it exists in the United States today,” he wrote. “It does not exactly command respect.”