Have you ever found yourself caught between several hundred million people and their most cherished lies? After writing a letter to a government scientist, pleading with him to clarify a report of his work, I found myself in just that situation. The letter was circulated on the internet and for a brief time I became a reluctant celebrity. Of course I stand behind what I wrote, although it was originally intended as a personal message, not an open letter. Since many have asked for clarification, here is my message to all.

To me, the report in question represents a decision point, not just for the US, but for humanity as a whole. We’re at a point where we must decide if we will live consciously, or literally give up our entire reality for a thin veneer of lies. In the US these lies include cheap propaganda that passes for journalism, police-state measures that promise security, and mountains of debt that paint a picture of wealth. Additionally we’ve adopted many implicit self-deceptions, like the idea that we’ll always enjoy a limitless share of the world’s resources, no matter where these are located or who might disagree. 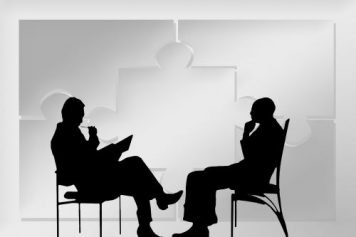 All people lie to themselves. It’s one of the most important things we have yet to accept about our own nature. We lie to ourselves to justify our past actions, to protect our self-image, and to promote ourselves relative to others. This lying is at the root of many of our problems (e.g. nationalism and racism). Until we see this, and strive to understand if not control it, the resulting problems will continue unchecked and the outcome will be certain. Any organism or society that makes self-deception its modus operandi will make many bad, and ultimately fatal, decisions. The day will come when we are collectively fooling ourselves in such a way that we essentially trade everything we have for what’s behind our fantasy curtain. It appears that day is near.

The official conspiracy theory of 9/11 is a key part of our current self-deception. More importantly, this story may be our last chance to see just how critical our situation is so that we can all stop, and begin working together to solve the real problems we face. These problems, for the US and the world as a whole, amount to a growing storm of factors including environmental changes, resource depletion, and growth in resource usage.[1,2] Undoubtedly the secret Energy Taskforce report of May 2001 would verify this, and help us to understand that our government is responding to some of these threats with a carefully laid out plan. This plan assumes that people cannot rise above their own natural, ego-based self-deception, and therefore few of us will survive the coming storm. In essence, they’re betting against us.

Anyone who honestly looks at the evidence has difficulty finding anything in the official story of 9/11 that is believable. It’s not just one or two strange twists or holes in the story, the whole thing is bogus from start to end.[3] In my previous job I was in a position to question one part, the collapse of three tall buildings due to fire. But this isn’t really a chemistry or engineering problem, and may be best approached initially through statistics.

The three WTC buildings in question weren’t all designed the same way and weren’t all hit by airplanes. The only thing they seemed to have in common were relatively small and manageable fires, as indicated by the work of firefighters right up to the moment of collapse. From the government’s report we know that only a small percentage of the supporting columns in each of the first two buildings were severed, and that the jet fuel burned off in just a few minutes.

To follow the latest “leading hypothesis”, what are the odds that all the fireproofing fell off in just the right places, even far from the point of impact? Without much test data, let’s say it’s one in a thousand. And what are the odds that the office furnishings converged to supply highly directed and (somehow) forced-oxygen fires at very precise points on the remaining columns? Is it another one in a thousand? What is the chance that those points would then all soften in unison, and give way perfectly, so that the highly dubious “progressive global collapse” theory could be born? I wouldn’t even care to guess. But finally, with well over a hundred fires in tall buildings through history, what are the chances that the first, second and third incidents of fire-induced collapse would all occur on the same day? Let’s say it’s one in a million. Considering just these few points we’re looking at a one in a trillion chance, using generous estimates and not really considering the third building (no plane, no jet fuel, different construction).

How convenient that our miraculous result, combined with several other trains of similarly unlikely events, gives us reason to invade the few most strategically important lands for the production of oil and natural gas. As I said, this is not about chemistry or engineering. Our continued dependence on this highly improbable story means that we have a desperate need to believe it. It is, in fact, a psychology problem.

Solving the problem is a personal challenge, and involves at least three-steps. First, we have to admit we were wrong, and that we were fooled. This is not easy for most people, but congratulations to the neo-cons for noticing that their political opponents seem to be least able to admit they were wrong on any significant issue. Secondly, we have to see that terrorism is actually much worse than we feared because the terrorists are in charge. Such a pause on a national scale would be dramatic to say the least. If we get to the third step we begin to realize the scope of change necessary to move forward in a conscious manner. Obviously the US government must be substantially changed and/or forgiven. New cooperative, multinational agreements would need to be implemented immediately.[4]

If you make it through step one and care enough about people to work for step three, you may face ridicule and isolation. You may lose your income and some friends, but if we continue down the same path there’s a real chance you’re going to lose those anyway. On the upside you may be able to hold on to some sense of integrity. The only thing you can be certain of is that we’re all in this together. No matter how you voted, what credentials or positions you hold, or what faith you have in people, you will face the consequences of our collective self-deceptions. Now is the time for each of us to decide between a stormy reality and what’s behind the fantasy curtain.