You can listen at http://www.talklinecommunications.com

And new video from Hopsicker . . . 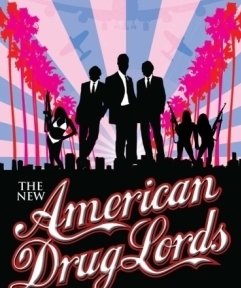 Straight from the front lines of the Drug War …

“The NEW American Drug Lords” is a no-holds-barred look into the Biggest Taboo story of our time: the illegal drug trade.

The documentary pulls back the curtain on the biggest drug story of our time: the scandal which erupted when two drug planes flying tons of cocaine were busted in Mexico’s Yucatan enroute from Colombia to Fort Lauderdale in Florida.

The Gulfstream had been previously used to fly for the CIA. The DC9 was painted like an official aircraft from the U.S. Dept. of Homeland Security.

The New American Drug Lords. Meet them. Know them.

Beat them at their own game. View the Trailer here

Many of our readers will recall Daniel Hopsicker’s excellent presentation at the New England 9/11 Truth Symposium, held in May 2008. [Begins at approx. 2 minutes]