In a public statement issued today (see below), members of the 9/11 Family Steering Committee demanded a prompt response from the former Chairman and Executive Director of the 9/11 Commission regarding Former FBI Language Specialist Behrooz Sarshar’s censored testimony to the Commission. The press release was prompted by recently released documents related to the interviews conducted 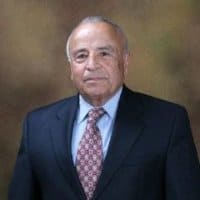 by the 9/11 Commission published at Cryptome.org, in particular the “Memorandum for the Record” containing the Commission’s interview with Mr. Sarshar. The memorandum, after establishing Mr. Sarshar’s credibility and vaguely referring to his documented and witnessed testimony regarding specific tip(s) provided to the FBI in April and June 2001 regarding planned imminent “Kamikaze Pilots” attacks targeting major cities in the United States, leaves out the entire testimony. This testimony was also entirely left out of the Commission’s final report released in July 2004.

Behrooz Sarshar worked as a GS 12 language specialist with Top Secret Clearance at the FBI Washington Field Office. After leaving the FBI in 2002, he provided his testimony on “Kamikaze Pilots” to several Congressional offices and investigators, including staff of the Senate Judiciary Committee and the Committee’s leading Democrat at the time, Senator Patrick Leahy, and the Justice Department’s Inspector General Office. The congressional sources familiar with Mr. Sarshar’s case and briefing found him and his report credible:

In April and June of 2001 a long-term FBI informant told two FBI agents from the Washington field office that his sources in Afghanistan had provided him with information regarding a terrorist plot to attack the US in a suicide mission involving airplanes. Mr. Sarshar acted as an interpreter at both meetings after which the case agents filed a report (on 302 Forms) with their squad supervisor, Thomas Frields. Here is what Mr. Frields told the reporter when questioned about the case:

Frields, now retired from the bureau, says the case is too “sensitive” to discuss.”It involves very sensitive matters that took place while I was an on-duty agent, and I have absolutely nothing to say,” said Frields, reached at his Washington-area consulting office.

The 9/11 Commissioners had initially refused to interview Mr. Sarshar. He was one of several witnesses from the intelligence and law enforcement organizations with relevant testimonies and reports who were denied access to the commission (the ones that we know of). It was only after pressure from members of the 9/11 Family Steering Committee and memorandums from the congressional offices that the commission reluctantly agreed to interview Mr. Sarshar. However, his entire testimony was omitted from their final report. According to a Chicago Tribune investigative reporter even FBI Director Mueller appeared baffled by the Commission’s lack of inquiry into this particular case:

FBI Director Robert Mueller, who expected to be asked about the case during an appearance before the commission in April, was surprised when the commissioners never raised the question, according to aides.

I do not expect to see any satisfactory explanation from the commission in response to this public statement issued by the 9/11 family members. In this case they certainly cannot hide behind their usual lame secrecy or classification mantra. Mr. Sarshar provided several testimonies and briefings to official bodies where neither the facilities nor the officials were considered secure or in possession of clearance. I was present during at least four of those meeting where the briefings were recorded and transcribed. In two of these meetings several members of the 9/11 Family Steering Committee were also present. In fact, during my short tenure with the Bureau, I was briefed about this case by not only Mr. Sarshar but other firsthand witnesses, and I saw the actual 302 forms filed with the unit’s squad supervisor (FBI language specialists get to keep a copy of their reports/forms). Further, I personally briefed the 9/11 commission investigators on the details of this particular case, which is confirmed by the commission’s memorandum:

Members of the Family Support Group requested that the Commission meet with Mr. Sarshar, Dan Marcus arranged for a meeting with Mr. Sarshar. The meeting became an interview and was recorded. Sibel Edmonds, another former FBI translator, provided information concerning Mr. Sarshar during her interview with Chris Healey and Lance Cole on February 11, 2004.

I believe not only the families of the September 11th attacks but every American has the right to know about this case. They need to know that this significant report was completely censored by a quasi commission, that this is one of many cases that were omitted from this staged and rehearsed show to pacify the public’s need to know, and that there never was any real investigation into this horrific event used in reshaping not only our country, but the entire world. Based on my discussion with the family members who issued the following public statement, the commission will be given two business days to provide them (and the public) with answers to questions raised by this bold and appalling omission. If no response is forthcoming, on Wednesday, February 2, I will publish Mr. Sarshar’s verbatim testimony here at Boiling Frogs Post. With that said, here is the public statement by the 9/11 family members issued today:

‘A pattern of ignoring whistleblowers persisted throughout the Commission’s tenure, even though Governor Kean, the Chairman, promised the FSC that no credible witnesses would be turned away. The list of whistleblowers that should have been interviewed by the 9/11 Commission included former and current intelligence agents, analysts, translators and others. It was only after repeated attempts by the FSC that former FBI translator, Mr. Behrooz Sarshar, was finally interviewed by them. The “Memorandum for the Record” containing this interview was just released on January 1, 2011 (http://cryptome.org/nara/behrooz-sarshar.pdf).

According to previously published sources, in April 2001 Mr. Sarshar, in his position as FBI interpreter/translator, attended a meeting between a long-term, reliable FBI asset and two additional FBI agents from the Washington Field Office. That FBI asset told the two FBI agents that his sources in Afghanistan had information of an al-Qaeda plot to attack America in a suicide mission involving planes. It would appear that when Mr. Sarshar filed his reports within the Bureau, they were titled “Kamikaze Pilots”.

After leaving the FBI in 2002, Mr. Sarshar provided the same information to various Congressional offices and investigators, such as staffers for the Senate Judiciary Committee and Senator Patrick Leahy. The Justice Department’s Inspector General also interviewed him.

Thus, we were shocked to find that Mr. Sarshar’s relevant information was missing from the “System Was Blinking Red” section of the 2004 Final Report issued by the 9/11 Commission. Now, six and a half years past the publication of the Final Report, the transcript of Mr. Sarshar’s interview has been released with all of its substance redacted. In light of the fact that the majority of his information does not meet the standard for classification, which is to protect “sources and methods”, it is unclear as to why that information was blocked. Covering up incompetence, or worse, malfeasance, is not a valid reason for classification. So, what happened to Mr. Sarshar’s warnings once he filed his reports? This is exactly the type of essential information the Commission should have used in order to write its final report and issue recommendations. How does the Commission justify omitting information from a credible source within one of our own intelligence agencies?

By their own admission, a large portion of the 9/11 story was based on the tortured, third party interrogations of Khalid Sheik Mohammad, the alleged “Mastermind” of the 9/11 plot. Does this make any investigative sense? What criteria did the Commission use to determine whom they would interview and whom they would ignore? One must wonder how many others were similarly omitted. It also seems that the nation’s intelligence agency(ies) had information that included kamikaze pilots and planes being used as weapons. So how does the Commission reach its absurd conclusion that 9/11 was a “failure of imagination“?

Based on just these facts alone, one could surmise that the Commission was more intent on conforming to a predetermined storyline rather than a truthful compilation of the facts revealed through an objective, thorough and effective investigation, that left no stone unturned.

As the public has a right to know this information, we request that the transcript of Mr. Sarshar’s interview be immediately declassified. Furthermore, we respectfully request that the former Chairman, Governor Thomas Kean, Vice-Chairman, Mr. Lee Hamilton and the Executive Director of the 9/11 Commission, Mr. Philip Zelikow, promptly answer the questions herein.