Looking for a quick, easy way to support the 9/11 family members’ call for a real WTC investigation?

The new 9/11 Family Petition, sponsored by AE911Truth, has slashed the time needed to support our vital mission. It takes only 20 seconds to sign! In fact… stop… read it… and sign it now!

This petition beseeches President Obama to watch 9/11: Explosive Evidence – Experts Speak Out, review the evidence presented, and call for a scientific investigation.

(The 9/11 Family Petition is not to be confused with the AE911Truth Petition. If you haven’t already done so, please sign the AE911Truth official petition as well.)

Why should this film matter to you, 11 years later? How will it help for President Obama to see this film?

9/11: Explosive Evidence – Experts Speak Out, which became the #1 most watched and most shared video on PBS.org, challenges the roots of the policies that gave rise to (1) the wars in Iraq and Afghanistan, which have already cost more than a million lives and $1.3 trillion and have substantially contributed to our financial crisis; and (2) legislation such as the Patriot Act and NDAA [National Defense Authorization Act], which have severely impacted our civil liberties.

9/11 family members Jane Pollicino, Bob McIlvaine, and Josef Princiotta sponsored this documentary, produced by Architects & Engineers for 9/11 Truth. This nonprofit organization represents more than 1,700 architects, engineers, and other technical experts – including Lynn Margulis, National Medal of Science winner – who are calling for a new scientific investigation into the destruction of all three WTC skyscrapers on 9/11.

The scientific and forensic evidence challenging the official version of events surrounding the destruction of the WTC skyscrapers is overwhelming and must be acknowledged in order for our country to move forward.

There has been a virtual media blackout on this subject, and without the free flow of information, the truth of what happened on that day will never come to light. Signing this petition will demand public accountability at the highest levels.

This was arguably the most outrageous criminal act in US history. President Obama owes it to the 9/11 family members, the nation, and the people of the world to soberly evaluate the scientific evidence and, by doing so, honor his sacred oath to protect the Constitution and the people of the United States.

Add your name. Stand with the 9/11 families who are calling for President Obama to review the evidence in the powerful new documentary, 9/11: Explosive Evidence – Experts Speak Out.

We support 9/11 family members Bob McIlvaine, Jane Pollicino, and Josef Princiotta, who are asking you to review the crucial information in the documentary, 9/11: Explosive Evidence – Experts Speak Out, regarding the destruction of the three World Trade Center skyscrapers.

These family members of 9/11 victims, along with more than 100 others represented by NYC CAN, 1,700 technical and building professionals from Architects & Engineers for 9/11 Truth, and National Medal of Science winner Lynn Margulis, have re-examined the facts and call for a new, independent scientific investigation.

We request that you consider the evidence presented in the film and task appropriate members of your staff to meet with 9/11 family members and Richard Gage, AIA – architect and producer of the film, and Founder/CEO of Architects & Engineers for 9/11 Truth – to discuss the need for a new investigation.

Passionate Pleas From The 9/11 Family Members

Don’t Let them Down!

“Our urgent requests were denied. This was not the ideal formula for an independent investigation. The 9/11 families were looking for a real investigation with scholars and experts from the appropriate fields and evidence to back up the work. We had wanted true independence from politics. We had fought so hard to get this commission, and we didn’t want someone with such huge conflicts of interest to be running the investigation. The minders in the room during witness testimony looked to us more like tactics to control witnesses rather than an open search for the truth.

With the passage of time, more evidence has come to light showing that the commission’s report was less than a complete investigation. Ten years after the 9/11 attacks, old questions linger and new ones have arisen. A real investigation into 9/11 has never been done. This is incredible, considering the direction we have taken as a country. The passing of the Patriot Act, entering two wars, and our entire foreign policy has all been based on the official account of 9/11. The proper place for the 9/11 proceedings would be a courtroom with subpoena power, rules for swearing in witnesses, and established protocols for handling questioning, cross examination and evidence. And ultimately, real accountability for the acts that lead to the deaths of so many.” 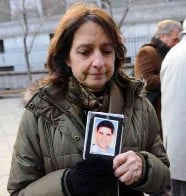 Jane passed away on February 21, 2013. Our deepest condolences go to her family.

“My husband, Steve, was killed on September 11. I have no identification. Why is that? It seems to me that we should know why, for over a thousand victims, there are no traces for and no identification. We should know why there were over 700 bone fragments, less than a half an inch long, found on the top of the Deutsche Bank building. I want the officials who are in power to ask the questions. I want answers. We need a real investigation. We deserve to know the truth!” 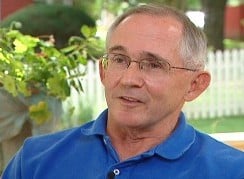 “I’m from right outside the Philadelphia area. I’m the father of Bobby McIlvaine, who was killed in the lobby of the north tower on September 11, 2011. Bobby was one of the first ten bodies found. We took him home that week. We were one of the few. I finally found the doctor who examined him. His injuries were in his face; the front of his face was blown off. He had massive cuts in his chest, and his right arm was blown off. To me that means explosion. And the explosions were brought up many a time, talking to firemen, talking to medics, talking to everyone. Everyone talked about these explosions.

Please look at Architects & Engineers. People all around the world – scientists all around the world are questioning this. When you bring science into the equation, that’s so important because you can’t argue against science. And there’s some deep, deep explaining to do.” 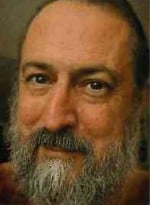 “My cousin, Vincent Princiotta, was a firefighter in New York on September 11 2001: Engine 16, Ladder 7. He died in the ‘collapse’ of the South Tower. He was 39. Another family member was Sal Princiotta, F.D.N.Y. Engine 33, Ladder 9. He was a first responder to the World Trade Center on 9/11. He contracted ‘WTC Disease.’ He died in Arizona in May of 2007. Because of these connections, I have been more than interested in learning the truth and details of the related events of 9/11. I ASK ANY PROFESSIONAL ARCHITECT OR ENGINEER TO PRESENT A SCIENTIFIC, MATHEMATICAL EXPLANATION – BASED ON THE PHYSICS OF GRAVITY – FOR THE ‘EXPLOSIVE’ EVIDENCE PRESENTED HERE. All that I am asking is … do the math.”