The National Archives today released a set of records the 9/11 Commission gave it. It did so today because the commission told it it had to wait until 2009 to do so, presumably on the off chance that people would have forgotten about it all by then. The records are in two groups,  Memorandums for the Record (MFR), which are available online, and other records, which are not available online.

Kevin Fenton, who wrote this blog entry today, is one of the great researchers working with Paul Thompson and so many other fine people at HistoryCommons.org (formerly known to most of us as CooperativeResearch.org) to document our history. Not just about 9/11, but about aspects of our lives so appallingly rewritten by media and textbooks. The work underway at HistoryCommons is absolutely invaluable, and we encourage readers to get involved and otherwise support that work.

I have been trawling through the ones that are available online and I have learned a few things of interest.

(1) Stacks of the MFR are not actually available. Either they have not been reviewed yet (pending), or have been withdrawn because they are very classified, or they have been made available, but have had the bejesus redacted out of them.

(2) Two of the two key MFR, of interviews of Tom Wilshire, a CIA officer involved in just about everything that went “wrong” before 9/11, and Dina Corsi, one of his most willing little helpers, are missing. Not pending, not withdrawn due to classification, not redacted to death. Just not there. You can tell this because there are no MFR that could be theirs for the relevant dates. For example, the MFR for former NSA Director Michael Hayden is still pending, as is the MFR for Ali Soufan, head of the FBI’s Cole bombing probe, and Hayden and Soufan’s names are not associated with the records at the Archives’ website. However, you can tell which MFR are theirs by the designation (NSA, FBI) and the dates of the interviews–which you can get from the small-type endnotes in the 9/11 Commission report. I have written to the National Archives to see what they are doing. I expect Wilshire and Corsi’s MFR are “lost.” 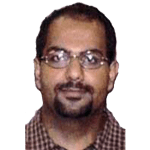 cash a check, but the bank would not let him. However, the alert was deleted from the system the next day for reasons that could not be explained. Here’s the relevant section from the MFR:

A companion computerized hold was placed that day on SunTrust’s electronic teller information system for one month, from June 11, 2001 to July. 11, 2001.2 Under SunTrust’s computerized system, any time a teller accessed Mr. Alshehhi’s account number, the teller would be instructed to contact “Lisa” at SunTrust’s Venice, Florida branch, where the account was opened. The computer instructions also indicated that there was a question about Mr. Alshehhi’ s identification. The alert was deleted from the computerized system on June 12, 2001. Over the past several days, we have been able to reconstruct both the computerized alert, attached as Tab B, and a record of its deletion, at Tab C. However, we are unable to determine who deleted the alert or why it was deleted.

(4) Here the story of Atta’s and Alomari’s bags not getting loaded onto American 11::

(5) There seems to have been something of a terror alert at Paris airport before the hijackings began.

(6) The name of the options trading newsletter was Options Hotline. There is also more interesting stuff about the put options.

(7) There is an MFR of the NEADS briefing after which the commission’s staff got so mad it even managed to prise a subpoena out of the commissioners. It is so bad it is comical. I mean, United 93 circling over Chicago??!!

(9) The flight school instructor who allegedly said Hani Hanjour passed a “challenging certification flight” and knew a military flying technique was a former Israeli paratrooper, so presumably he would have known about the military technique.

That’s all for now, maybe more if I find anything interesting.