Today is a historic victory for the rule of law. We won! For the third time, the Supreme Court has upheld the fundamental rights of Guantánamo detainees. In its historic decision in CCR’s case, Boumediene v. Bush, the Court affirmed detainees’ right to habeas corpus. One of the oldest and most basic legal protections, habeas corpus affords the incarcerated the right to challenge the legality of their detention before a judge and keeps the king and president from arbitrarily locking people up and throwing away the key.

We’re asking you to take action in two important ways: please make a contribution to CCR today so we can continue this important work, and please write to the presidential candidates to demand that they uphold the Supreme Court’s decision.

The Administration has delayed, ignored and sought to evade two prior Supreme Court decisions, Rasul v. Bush in 2004 and Hamdan v. Rumsfeld in 2006, both of which upheld the rights of Guantánamo detainees.

This decision was, in many ways, made possible by the support of so many – the over 500 volunteer habeas counsel who have committed themselves to defending the rights of Guantánamo’s detainees, the thousands upon thousands who have acted to demand that the Constitution be upheld, and all of our supporters, who have made this work possible. Today, your support is urgently needed, now more than ever, to ensure that the Supreme Court’s decision is implemented and the Constitution restored.

CCR was the first organization to step forward to defend the detainees, long before anyone else would take the risk. Please click here to donate to support CCR’s work today so that we can continue to take on the risky cases!

Join CCR today to write to the candidates for President of the United States, Barack Obama (D) and John McCain (R), and demand that they affirm their commitment to not only implement the Supreme Court’s decision, but also to close Guantánamo and undo all of the policies of the Bush administration that have trampled upon our Constitution.

This six-year-long nightmare is a lesson in how fragile our constitutional protections truly are in the hands of an overzealous executive. Let us celebrate, but let us remain vigilant.

Learn more about this case at the CCR website by clicking here. 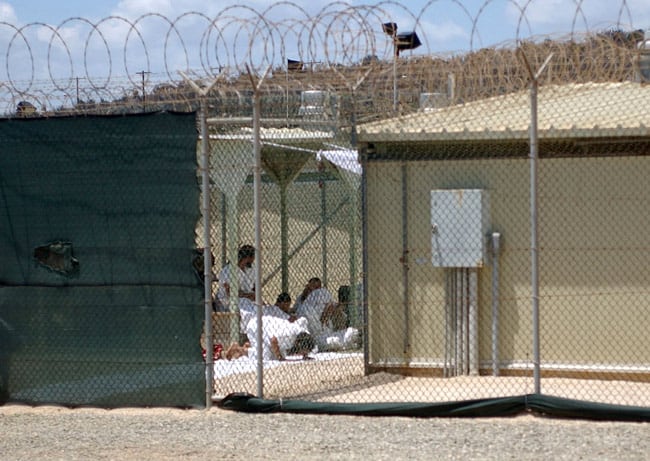 The Supreme Court ruled Thursday that foreign terrorism suspects held at Guantánamo Bay have rights under the Constitution to challenge their detention in U.S. civilian courts.

The justices handed the Bush administration its third setback at the high court since 2004 over its treatment of prisoners who are being held indefinitely and without charges at the U.S. naval base in Cuba. The vote was 5-4, with the court’s liberal justices in the majority.

Justice Anthony Kennedy, writing for the court, said, “The laws and Constitution are designed to survive, and remain in force, in extraordinary times.”

It was not immediately clear whether this ruling, unlike the first two, would lead to prompt hearings for the detainees, some who have been held more than 6 years. Roughly 270 men remain at the island prison, classified as enemy combatants and held on suspicion of terrorism or links to al-Qaida and the Taliban.