By politicizing who is and who is not a “terrorist” — pinning the label on American adversaries and sparing purported American friends — the U.S. government created confusion at FBI headquarters that contributed to the failure to stop the 9/11 attacks, reports ex-FBI agent Coleen Rowley.

U.S. authorities have now dropped any requirement that the “terrorists” target or kill civilians as part of a political objective, the classic definition of terrorism. Isa stands accused of “providing material support to a terrorist conspiracy” because he allegedly backed a 2008 attack in Mosul, Iraq, killing five U.S. soldiers.

As Greenwald wrote, “In other words, if the U.S. invades and occupies your country, and you respond by fighting back against the invading army — the ultimate definition of a ‘military, not civilian target’ — then you are a . . . Terrorist.”

But the reverse of Greenwald’s example is also true, that those “terrorist” groups throughout the world who commit violent acts or kill civilians at U.S. instigation, encouragement or in line with U.S. interests are NOT considered “terrorists.”

For example, before 9/11, the Chechen “rebels” — who had orchestrated mass civilian hostage takings, suicide bombings and hijackings and who were accused of having planted bombs in apartment buildings in Russia — were not deemed to be “terrorists” for purposes of satisfying the “foreign power” element of the Foreign Intelligence Surveillance Act.

The Chechen fighters were apparently seen as on “our” (the U.S.) side in opposing the Soviet Union in the final days of the Cold War and against Moscow’s authority when the old Soviet Union was splintering into pieces in the 1990s. 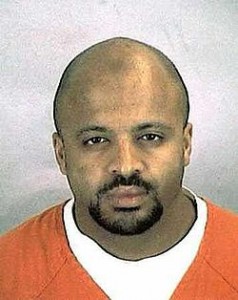 That blind spot regarding the Chechens played out as a factor in the FBI’s failure to act effectively to stop the 9/11 attacks in which a key early suspect, Zacarias Moussaoui, was identified as a follower of and recruiter for Ibn Omar al-Khattab, a Muslim extremist and Chechen guerrilla leader long allied with al-Qaeda leader Osama bin Laden.

The Department of Justice Inspector General “Review of the FBI’s Handling of Intelligence Information Related to the September 11 Attacks (November 2004)” and other 9/11 inquiries eventually concluded that FBI supervisors erred, among other things, by not understanding that the Chechen group could have been deemed to be a “foreign power” even though it had not been previously “recognized” by the Foreign Intelligence Surveillance Court, nor had the U.S. State Department put Ibn Khattab’s Chechen group on the official Foreign Terrorist Organizations list.

Footnote 123 on page 142 of the Inspector General Report contains this telling detail: “Martin [a pseudonym for an FBI headquarters supervisor] suggested to the OIG that the reason that groups engaged in a civil war were not pled as terrorist organizations under FISA was because they were not ‘hostile’ to the United States or working against U.S. interests.

This fact-of-life within the FBI — that only “hostile” militants were put on the official U.S. terrorist list and that some Islamic extremists were viewed as generally aligned with U.S. interests (or at least not threats) — created confusion among FBI supervisors in the weeks and months before the 9/11 attacks.

An April 2001 memo clearly warned and spelled out that Khattab was “heavily intertwined” with Osama bin Laden’s plans to launch terrorism attacks against the U.S.

However, the confusion over how to define “terrorism” when it fits with U.S. interests explains how and why the FBI failed to grasp that Khattab or his violent Chechen group were “terrorists” even when the April 2001 memo urgently warned that the two leaders (Khattab and bin Laden) were planning to attack the U.S.

This blind spot proved devastating just weeks before the 9/11 attacks when FBI Agent Harry Samit from the Minneapolis Field Office interviewed Moussaoui on Aug. 16-17, 2001, and concluded that Moussaoui, who had paid cash for classes to learn how to fly a jetliner, was almost surely a dangerous terrorist.

But Samit could not get his FBI superiors in Washington to understand the danger and approve a warrant to search Moussaoui’s possessions.

According to an investigative article at TheDailyBeast.com last September, former New York Times correspondent Philip Shenon wrote that “Samit and his colleagues [in Minneapolis] felt they had to be aggressive — especially after the FBI legal attache in Paris reported back on Aug. 22 [2001] that French spy agencies had evidence showing Moussaoui was a recruiter for Ibn Omar al-Khattab … (A companion of Moussaoui’s, picked up at the time of his arrest, told the FBI that Moussaoui followed a ‘prophet’ — Khattab.)”

However, back in Washington, Michael Maltbie, a cautious counterterrorism specialist, “said he saw no evidence that Moussaoui was connected to a foreign government or well-known terrorist group that would meet the definition of a ‘foreign power’ under U.S. intelligence laws — the standard required to trigger a warrant,” Shenon wrote, adding:

“Desperate to prove the needed link, Samit reached a CIA counterterrorism expert who said he had no doubt that the Chechens and Al Qaeda worked together. ‘Khattab was a close buddy with bin Laden from their earlier fighting days,’ the CIA official wrote.

“And the FBI’s top brass had seen the link, too. In an April 2001 memo prepared for [then-FBI Director Louis] Freeh, then-assistant director Dale Watson warned about ‘significant and urgent’ intelligence to suggest ‘serious operational planning’ for terrorism attacks by ‘Sunni extremists with links to Ibn al Khattab, an extremist leader in Chechnya, and to Usama Bin Laden.’ The memo’s headline: ‘Bin Laden/Ibn Khattab Threat Reporting.'”

The failure of the State Department to include Khattab’s Chechen militant organization on the official list of terrorist organizations and the FBI supervisors’ misunderstanding of FISA’s “foreign power” requirement created the bureaucratic gap that FBI headquarters wouldn’t close in those crucial days before the 9/11 attacks.

It’s even possible that, as with U.S. funding of the mujahedeen fighters in Afghanistan (whose ranks included Osama bin Laden), the CIA or other U.S. covert operators funded Al Khattab as he operated “on our side” against “our” Russian adversary despite Chechen terrorists’ repeated killings of Russian civilians. [That sort of double standard has certainly applied to anti-communist terrorists associated with attacks on Fidel Castro’s Cuba.]

The confusion caused by this politicized approach toward “terrorism” ultimately prevented the U.S. government from acting effectively against a genuine terrorist threat like 9/11. And, the flip side of that politicization is now apparent in the U.S. government prosecuting Iraqis as “terrorists” for fighting American troops who were sent, partly as a U.S. reaction to 9/11, to invade Iraq.

Coleen Rowley, a FBI special agent for almost 24 years, was legal counsel to the FBI Field Office in Minneapolis from 1990 to 2003. She wrote a “whistleblower” memo in May 2002 and testified to the Senate Judiciary on some of the FBI’s pre 9/11 failures. She retired at the end of 2004, and now writes and speaks on ethical decision-making and balancing civil liberties with the need for effective investigation.