Home Consequences Civil Liberties The Raping of America: Mile Markers on the Road to Fascism

There’s an ill will blowing across the country. The economy is tanking. The people are directionless, and politics provides no answer. And like former regimes, the militarized police have stepped up to provide a façade of law and order manifested by an overt violence against the citizenry. 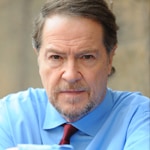 Despite the revelations of the past several years, nothing has changed to push back against the American police state. Our freedoms—especially the Fourth Amendment—continue to be choked out by a prevailing view among government bureaucrats that they have the right to search, seize, strip, scan, spy on, probe, pat down, taser, and arrest any individual at any time and for the slightest provocation.

Despite the recent outrage and protests, nothing has changed to restore us to our rightful role as having dominion over our bodies, our lives and our property, especially when it comes to interactions with the government.

Forced cavity searches, forced colonoscopies, forced blood draws, forced breath-alcohol tests, forced DNA extractions, forced eye scans, forced inclusion in biometric databases—these are just a few ways in which Americans continue to be reminded that we have no control over what happens to our bodies during an encounter with government officials. Thus far, the courts have done little to preserve our Fourth Amendment rights, let alone what shreds of bodily integrity remain to us.

Indeed, on a daily basis, Americans are being forced to relinquish the most intimate details of who we are—our biological makeup, our genetic blueprints, and our biometrics (facial characteristics and structure, fingerprints, iris scans, etc.)—in order to clear the nearly insurmountable hurdle that increasingly defines life in the United States.

In other words, we are all guilty until proven innocent. 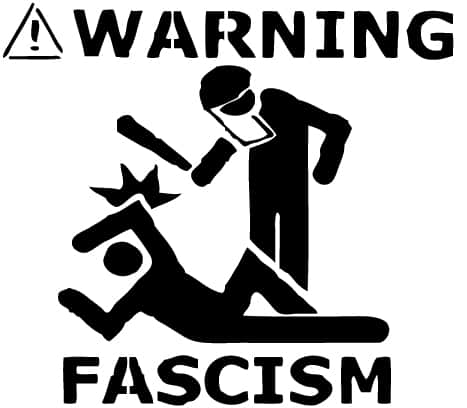 Worst of all, it seems as if nothing will change as long as the American people remain distracted by politics, divided by their own prejudices, and brainwashed into believing that the Constitution still reigns supreme as the law of the land, when in fact, we have almost completed the shift into fascism.

In other words, despite our occasional bursts of outrage over abusive police practices, sporadic calls for government reform, and periodic bouts of awareness that all is not what it seems, the police state continues to march steadily onward.

Such is life in America today that individuals are being threatened with arrest and carted off to jail for the least hint of noncompliance, homes are being raided by police under the slightest pretext, and roadside police stops have devolved into government-sanctioned exercises in humiliation and degradation with a complete disregard for privacy and human dignity.

Consider, for example, what happened to Charnesia Corley after allegedly being pulled over by Texas police for “rolling” through a stop sign. Claiming they smelled marijuana, police handcuffed Corley, placed her in the back of the police cruiser, and then searched her car for almost an hour. They found nothing in the car.

As the Houston Chronicle reported:

Returning to his car where Corley was held, the deputy again said he smelled marijuana and called in a female deputy to conduct a cavity search. When the female deputy arrived, she told Corley to pull her pants down, but Corley protested because she was cuffed and had no underwear on. The deputy ordered Corley to bend over, pulled down her pants and began to search her. Then…Corley stood up and protested, so the deputy threw her to the ground and restrained her while another female was called in to assist. When backup arrived, each deputy held one of Corley’s legs apart to conduct the probe.

As shocking and disturbing as it seems, Corley’s roadside cavity search is becoming par for the course in an age in which police are taught to have no respect for the citizenry’s bodily integrity.

For instance, 38-year-old Angel Dobbs and her 24-year-old niece, Ashley, were pulled over by a Texas state trooper on July 13, 2012, allegedly for flicking cigarette butts out of the car window. Insisting that he smelled marijuana, he proceeded to interrogate them and search the car. Despite the fact that both women denied smoking or possessing any marijuana, the police officer then called in a female trooper, who carried out a roadside cavity search, sticking her fingers into the older woman’s anus and vagina, then performing the same procedure on the younger woman, wearing the same pair of gloves. No marijuana was found.

Leila Tarantino was subjected to two roadside strip searches in plain view of passing traffic during a routine traffic stop, while her two children—ages 1 and 4—waited inside her car. During the second strip search, presumably in an effort to ferret out drugs, a female officer “forcibly removed” a tampon from Tarantino. Nothing illegal was found. Nevertheless, such searches have been sanctioned by the courts, especially if accompanied by a search warrant (which is easily procured), as justified in the government’s pursuit of drugs and weapons.

It’s gotten so bad that you don’t even have to be suspected of possessing drugs to be subjected to a strip search.

In the wake of the U.S. Supreme Court’s ruling in Florence v. Burlison, any person who is arrested and processed at a jail house, regardless of the severity of his or her offense (i.e., they can be guilty of nothing more than a minor traffic offense), can be subjected to a strip search by police or jail officials without reasonable suspicion that the arrestee is carrying a weapon or contraband.

Examples of minor infractions which have resulted in strip searches include: individuals arrested for driving with a noisy muffler, driving with an inoperable headlight, failing to use a turn signal, riding a bicycle without an audible bell, making an improper left turn, engaging in an antiwar demonstration (the individual searched was a nun, a Sister of Divine Providence for 50 years). Police have also carried out strip searches for passing a bad check, dog leash violations, filing a false police report, failing to produce a driver’s license after making an illegal left turn, having outstanding parking tickets, and public intoxication. A failure to pay child support can also result in a strip search.

It must be remembered that the Fourth Amendment to the U.S. Constitution was intended to prevent government agents from searching an individual’s person or property without a warrant and probable cause (evidence that some kind of criminal activity was afoot). While the literal purpose of the amendment is to protect our property and our bodies from unwarranted government intrusion, the moral intention behind it is to protect our human dignity.

Unfortunately, the indignities being heaped upon us by the architects and agents of the American police state—whether or not we’ve done anything wrong—don’t end with roadside strip searches. They’re just a foretaste of what is to come.

As I make clear in my book Battlefield America: The War on the American People, the government doesn’t need to strip you naked by the side of the road in order to render you helpless. It has other methods, less subtle perhaps but equally humiliating, devastating and mind-altering, of stripping you of your independence, robbing you of your dignity, and undermining your rights.

With every court ruling that allows the government to operate above the rule of law, every piece of legislation that limits our freedoms, and every act of government wrongdoing that goes unpunished, we’re slowly being conditioned to a society in which we have little real control over our lives. As Rod Serling, creator of the Twilight Zone and an insightful commentator on human nature, once observed, “We’re developing a new citizenry. One that will be very selective about cereals and automobiles, but won’t be able to think.”

Indeed, not only are we developing a new citizenry incapable of thinking for themselves, we’re also instilling in them a complete and utter reliance on the government and its corporate partners to do everything for them—tell them what to eat, what to wear, how to think, what to believe, how long to sleep, who to vote for, whom to associate with, and on and on.

In this way, we have created a welfare state, a nanny state, a police state, a surveillance state, an electronic concentration camp—call it what you will, the meaning is the same: in our quest for less personal responsibility, a greater sense of security, and no burdensome obligations to each other or to future generations, we have created a society in which we have no true freedom.

If there is any hope to be found it will be found in local, grassroots activism. In the words of Martin Luther King Jr., it’s time for “militant nonviolent resistance.”

First, however, Americans must break free of the apathy-inducing turpor of politics, entertainment spectacles and manufactured news. Only once we are free of the chains that bind us—or to be more exact, the chains that “blind” us—can we become actively aware of the injustices taking place around us and demand freedom of our oppressors.