The topic of civilian internment camps in the United States has been largely dismissed as a paranoid “conspiracy theory” by the mainstream media. Recent legislation and newly uncovered government documents, however, reveal the sad truth: The United States is quickly descending into a full-blown authoritarian police state. 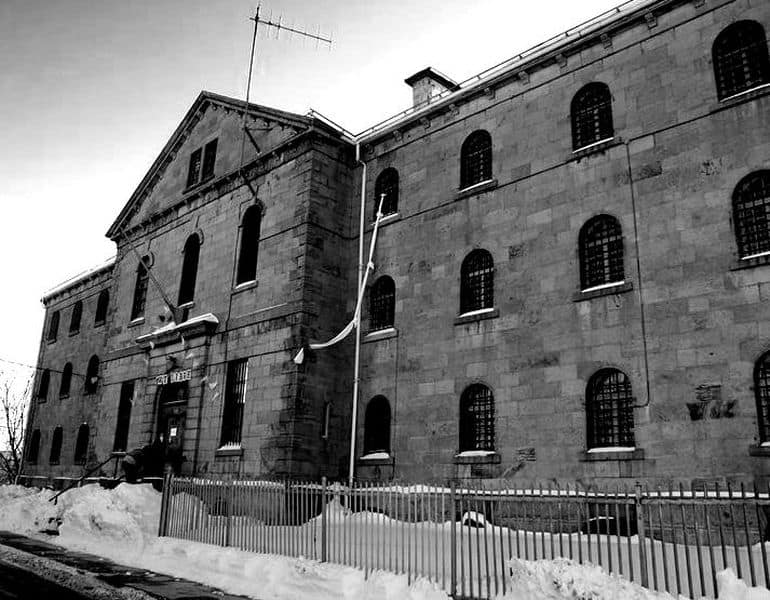 On December 31, 2011, while the majority of Americans were busy watching balls drop and drinking themselves into oblivion, President Obama quietly signed into law the National Defense Authorization Act for Fiscal Year 2012. This unprecedented legislation effectively codified the executive branch’s authority to indefinitely detain American citizens without trial, stripping them of their Constitutional right to due process and habeas corpus.

Under this legislation, if you are simply “suspected” of providing support to a group the government classifies as a terrorist organization–or an affiliate or associated force of said organization–you can be rounded up and detained until the end of the “War on Terror”–a war, according to policy makers, that has no end.

Over the course of this endless and prefabricated war, the government’s definition of “terrorist” has slowly shifted post 9/11 from Al Qaeda, a group of dubious power initially funded and supported by the CIA and the Pakistani ISI , to such “domestic terrorists” as Occupy Wall Street protestors , pro-life advocates and Ron Paul supporters . When the FBI set-up a band of dimwitted “anarchist” patsies to plant a fake bomb on a bridge, it became blatantly clear who the government now sees as the true enemy of the state. This has been the FBI’s modus operandi for quite some time.

The default argument against the existence of internment camps designed for Americans has always been that the United States government would never put its own citizens in prison camps–couldn’t happen. It’s unfortunate how quickly some people are willing to forget that our government has already done exactly that; during World War II, citizens of Japanese descent were rounded up and locked away, just for being of a certain ancestry. Now the question becomes: Would they do it again? Unfortunately, the answer seems to be “yes.”

A U.S. Army field manual, FM 3-39.40 Internment and Resettlement Operations, has been leaked to  Public Intelligence that outlines in vivid detail exactly how these civilian internment camps are to be run.

This disturbing 326-page document is intended to provide guidance for commanders and staff on internment and resettlement (I/R) operations in order to effectively deal with I/R populations, including U.S. military prisoners, civilian internees, retained personnel and enemy combatants.

In the event of a “military or civil conflict” or “natural or man-made disaster,” the U.S. Army is to partner with both international and domestic agencies, including the United Nations, the Department of Defense, the Department of Homeland Security and FEMA to support these I/R operations.

This field manual comes to light, coincidentally, just a few weeks after it was revealed that DHS and ICE are stocking up on several hundred million rounds of hollow point ammunition.

While the military undoubtedly has contingency plans for numerous war-time scenarios with and in foreign nations, this document reveals that these I/R facilities can be established within the United States. In section 2-40 of the manual, it states:

The I/R tasks performed in support of civil support operations are similar to those during combat operations, but the techniques and procedures are modified based on the special OE associated with operating within U.S. territory and according to the categories of individuals (primarily DCs) to be housed in I/R facilities.

Currently, U.S. citizens are protected from the military enforcing civilian laws within the United States or its territories thanks to the Posse Comitatus Act. However, given Obama’s willingness to usurp Constitutional protections at the drop of a helmet, I’m not holding my breath that a second Obama term or another puppet administration won’t attempt to overturn Posse Comitatus in the future. It certainly wouldn’t be the first time.

While the passing of the National Defense Authorization Act 2012 was a dark day in American history, the methods of human control, discipline and degradation outlined in this official field manual go beyond the pale. We’ll touch on a few of the more egregious examples of the unconstitutional, liberty-stripping language contained within FM 3-39.40, but we encourage you to read the document for yourself here to get a full picture.

Inside the Camps Complete with razor wire, guard towers, maximum security areas with individual cells and patrol roads, it is clear these civilian internment camps are not designed to merely protect displaced citizens from “natural or man-made disaster[s]”.

Once captured, soldiers working at the camps are to “process detainees using the ‘search, silence, segregate, speed, safeguard and tag (5 Ss and T)’ technique.” The most concerning of these is “silence.” Soldiers manning the camps must “prevent detainees from communicating with one another or making audible clamor such as chanting, singing or praying.” The soldiers are also to “silence uncooperative detainees by muffling them with a soft, clean cloth tied around their mouths and fastened at the back of their heads.” It goes even further:

6-16 Military police must not speak to detainees except to give orders or directions. Do not let detainees talk to or signal each other during the processing phase at any echelon. This prevents them from plotting ways to counter security, planning escapes, or orchestrating other undesirable activities. Detainees who refuse to be silent may require a muffle (an item used to prevent speech or outcry without causing injury to the detainee, such as cloth) in certain tactical situations.

If it is suggested that this document is merely a contingency plan to deal effectively with a natural disaster, these barbarous tactics of control surely indicate otherwise. To make matters even more sinister, you will be outfitted with your very own “Detainee Identification Band” and issued an “Internment Serial Number.”

Civilian Internees essentially have zero rights once in military detention, and since the government is now in the business of classifying activists and protestors as potential national security threats, it only makes sense for them to attempt to not only silence dissidents, but re-educate them as well.

It goes like this: PSYOP officers “assist the military police force in controlling detainees and DCs” as well as “introduce detainees or DCs to U.S. and multinational policy.” These “PSYOP officers” are also trained to “develop PSYOP products that are designed to pacify and acclimate detainees or DCs to accept U.S. I/R facility authority and regulations”, “identify political activists”, and “plan and execute a PSYOP program that produces an understanding and appreciation of U.S. policies and actions.”

So, if you are forced into one of these camps with the belief that waging extrajudicial wars against sovereign nations without congressional approval is illegal and morally reprehensible, the PSYOP team at Camp FEMA will be happy to instruct you otherwise.

Furthermore, given the target=”_blank”military’s vast creativity in developing so-called non violent weapons , the mind boggles at what “PSYOP products” they have in store for these I/R camps.

You will also be subject to state sponsored strip searches, forced immunizations, food rationing, and labor requirements. Step out of line? Section 6-99 informs us that:

If necessary, the military police commander or appointed officer can initiate general court-martial proceedings against detainees.

Basically, once detained, you can expect to have nearly every facet of your existence controlled and dictated by military forces. From food, clothing and money to recreation, labor, and health care, you are effectively a slave of the new American police state.

The following quote from section 6-10, sums up the entirety of American foreign policy:

Detainees are treated humanely and as EPWs until their status is determined according to DOD policy.

Ryan Cummings lives in the United States and is the co-editor of fawkesfilter.com .

RELATED: The CSPAN grand prize winning documentary warns US can repeat WWII mistake of rounding people up into concentration camps again by suspending the constitution.

StudentCam 2012 Grand Prize: The Constitution and the Camps — Due Process and the Japanese-American Internment by Matthew Shimura.