The comment spoke volumes about the Bush administration’s priorities, fitting with the President’s oft-repeated claim that the government has no more important duty than to protect the American people.

That this claim goes unchallenged — despite the fact that the oath administered to federal officials demands that they defend the Constitution and says nothing about public safety — has been a leading indicator of how Bush and Cheney have exploited the self-centeredness of many Americans to amass unprecedented executive power. 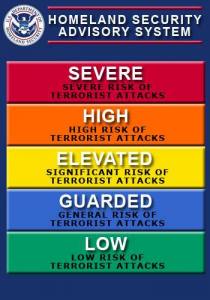 Since the 9/11 attacks, Bush and Cheney have taken the imperial presidency to new heights by presenting themselves as the tough guys who will protect the traumatized American people from the world’s bad guys, particularly scary Muslims. From the start, Mukasey has been an ally in that mission.

As a federal judge in New York, Mukasey endorsed indefinite incarceration of hundreds of Muslims on phony material witness warrants after the 9/11 attacks. He also signed off on Bush imprisoning an American citizen — and Muslim convert — Jose Padilla simply on a presidential say-so that Padilla was an “unlawful enemy combatant.”

Ironically, the post-9/11 round-up of Arab cab drivers, pizza delivery men and students came as the Bush administration was granting special permission for rich Saudis, including members of Osama bin Laden’s family, to flee the United States after only cursory FBI questioning.

The arresting of the “usual suspects” — while the well-connected who actually might know something were whisked away — was perhaps the first signal of how Bush’s “war on terror” would proceed, draconian actions that create the appearance of a tough crackdown when the reality is entirely different.

Still, the illusion of protecting Americans has been at the center of Bush’s presidency, with many of Bush’s followers almost eager to jettison those “unalienable rights” that the Founders enshrined in the Constitution in exchange for Bush’s hollow guarantees of a little more safety to ease the mind while driving to the shopping mall.

For some Americans, sacrificing “civil liberties” is treated as a small price to pay if that improves chances of preventing another 9/11. After all, as the slogan goes, “freedom isn’t free” even if the price is freedom itself.

Amid the exploitation of their fears, many Americans have been led to believe that surrendering their constitutional rights is either the “patriotic” thing to do or a simple case of common sense.

As right-wing Sen. Pat Roberts, R-Kansas, once put it, “You have no civil liberties if you are dead.” So, personal safety trumps the ideal of freedom.

But the concept of placing personal safety over fundamental liberties flies in the face of American traditions dating back to the Revolutionary War when Patrick Henry declared, “Give me liberty or give me death.”

By contrast, Roberts’s statement flipped the concept, rejecting the notion that Americans must accept some level of personal risk if they are determined to protect the Constitution and its core principle that some rights are inalienable, even for Muslims whom President Bush has designated “bad guys.”

In Cheney’s Sept.17 statement on Mukasey’s nomination, the Vice President said the retired federal judge would “ensure that the rights and freedoms of the American people are protected, and that includes the  freedom from the fear of terrorist attacks.”

By singling out “freedom from the fear of terrorist attacks” as the only identified “right” in the statement, Cheney indicated where he and the President put their priorities — on protecting Americans from the remote personal threat that they might be harmed in a terrorist attack, forget the niceties of civil liberties and the rule of law.

As a federal judge, Mukasey demonstrated that he was on board.

Describing his selection process, the New York Times wrote that “a review of his record shows that he would defend the administration on the issue that matters most to the President, national security. [Mukasey] has repeatedly spoken out to support the administration’s claim to broad powers in pursuing terrorist threats, especially in conducting electronic surveillance of terrorism suspects and in imprisoning them before trial.” [NYT, Sept. 18, 2007]

In other words, Mukasey may not be the favorite of “movement conservatives” who want an Attorney General who will push their “social issues,” but the retired judge with close ties to former New York Mayor Rudolph Giuliani will give Bush what he wants most: a political ally to defend his vision of a President with nearly unlimited powers.

[For more on the trade-off of constitutional rights for promises of safety, see our new book, Neck Deep: The Disastrous Presidency of George W. Bush.]

Robert Parry broke many of the Iran-Contra stories in the 1980s for the Associated Press and Newsweek. His latest book, Neck Deep: The Disastrous Presidency of George W. Bush, was written with two of his sons, Sam and Nat, and can be ordered at neckdeepbook.com. His two previous books, Secrecy & Privilege: The Rise of the Bush Dynasty from Watergate to Iraq and Lost History: Contras, Cocaine, the Press & ‘Project Truth’ are also available there. Or go to Amazon.com.