by Sojourner Truth and VeilLifter
October 16, 2009 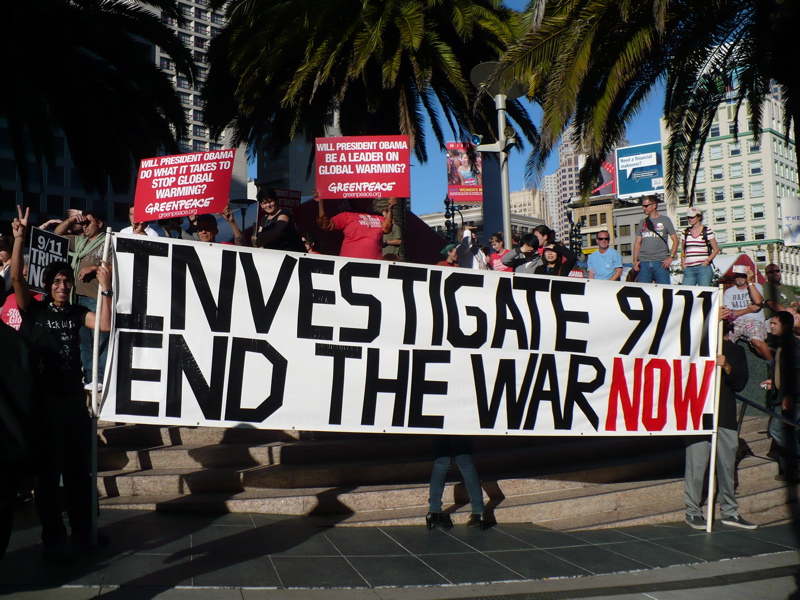 9/11 Truth activists came out in force today to welcome of Obama to San
Francisco and to demand that he look into the most important issue of the
century — 9/11, the false flag event that has promised Americans and the world never ending war and curtailment of our civil rights. 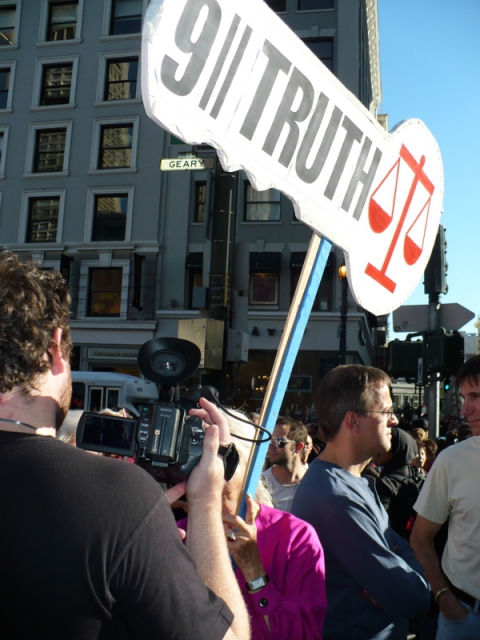 Although it is very doubtful the Obama Administration will ever seriously look into 9/11- he has stated that he believes the official cover-up version of the 9/11 as presented by the 9/11 Commission. Thus, activists used the opportunity to participate in 9/11 outreach to visitors from all over the world who come to see this beautiful city. Passed out were the very popular Deception Dollars, which have over 20 websites on them that people can peruse for 9/11 Truth information, and a 9/11 Fact Sheet that explains some of the lies and anomalies with the official story.

9/11 activists believe that the “war on terror” can be halted in its tracks by exposing the event that launched the war. Today there is ample evidence that we’ve been lied to and the perpetrator of 9/11 were not 19 hijackers. For instance, evidence of nanothermite have been discovered in all samples of the World Trade Center dust. This is a highly explosive incendiary that is only made in military labs in the West. For more information regarding the destruction of the WTC Towers 1, 2, and 7, see http://AE911Truth.org 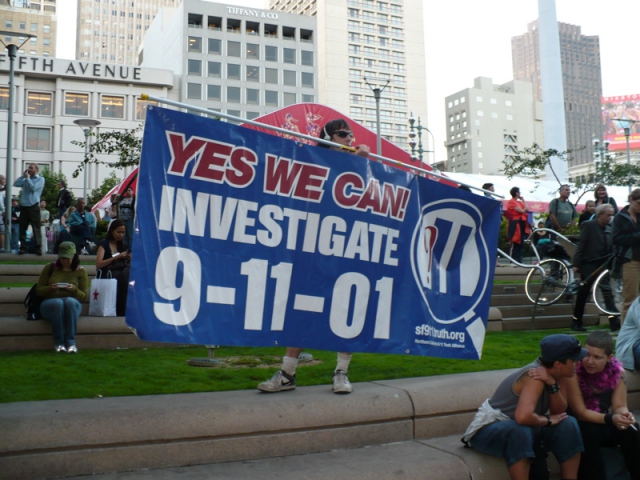 We won’t stop until 9/11 Truth and Justice 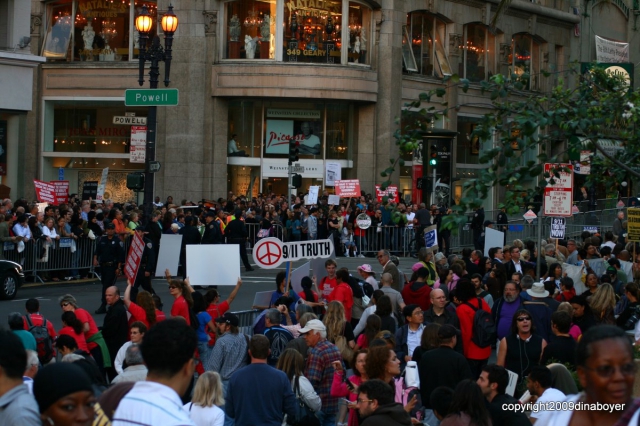 Surprisingly enough, MOST of the people gathered to express dissent and dissatisfaction with Obama’s decisions since becoming president. Many people were open to discussion regarding the illegal, inhumane, unjustified occupations of Iraq and Afghanistan, especially the drone attacks in Pakistan (ordered by Obama). Luckily, three activists made a quick appearance on Sacramento’s FOX40’s coverage of the event:

“Never doubt that a small group of thoughtful, committed people can change the world. Indeed, it is the only thing that ever has.” ~Margaret Mead