Preface: This is not a partisan post. We have repeatedly documented that Obama is as bad or worse than the Bush administration.

In the run up to the Iraq war – and for several years thereafter – the program of torture carried out by the Bush administration was specifically specifically aimed at establishing a false justification for war. Dick Cheney is the guy who pushed for torture, pressured the Justice Department lawyers to write memos saying torture was legal, and made the pitch to Congress justifying torture. (The former director of the CIA said Cheney oversaw American torture policies).

The type of torture used by the U.S. on the Guantanamo suspects is of a special type. Senator Levin revealed that the the U.S. used Communist torture techniques specifically aimed at creating false confessions (see this, this, this and this).

According to NBC News:

In fact, the 9/11 Commission Report was largely based on third-hand accounts of what tortured detainees said, with two of the three parties in the communication being government employees.

As the 9/11 Commission Report itself states:

Chapters 5 and 7 rely heavily on information obtained from captured al Qaeda members. A number of these “detainees” have firsthand knowledge of the 9/11 plot. Assessing the truth of statements by these witnesses-sworn enemies of the United States-is challenging. Our access to them has been limited to the review of intelligence reports based on communications received from the locations where the actual interrogations take place. We submitted questions for use in the interrogations, but had no control over whether, when, or how questions of particular interest would be asked. Nor were we allowed to talk to the interrogators so that we could better judge the credibility of the detainees and clarify ambiguities in the reporting.

In other words, the 9/11 Commissioners were not allowed to speak with the detainees, or even their interrogators. Instead, they got their information third-hand.

The Commission didn’t really trust the interrogation testimony. For example, one of the primary architects of the 9/11 Commission Report – Ernest May – said in May 2005:

We never had full confidence in the interrogation reports as historical sources.

New York Times investigative reporter Philip Shenon Newsweek noted in a 2009 essay in Newsweek that the 9/11 Commission Report was unreliable because most of the information was based on the statements of tortured detainees:

The commission appears to have ignored obvious clues throughout 2003 and 2004 that its account of the 9/11 plot and Al Qaeda’s history relied heavily on information obtained from detainees who had been subjected to torture, or something not far from it.

The panel raised no public protest over the CIA’s interrogation methods, even though news reports at the time suggested how brutal those methods were. In fact, the commission demanded that the CIA carry out new rounds of interrogations in 2004 to get answers to its questions.

That has troubling implications for the credibility of the commission’s final report. In intelligence circles, testimony obtained through torture is typically discredited; research shows that people will say anything under threat of intense physical pain. [That’s what top military interrogators say.]

And yet it is a distinct possibility that Al Qaeda suspects who were the exclusive source of information for long passages of the commission’s report may have been subjected to “enhanced” interrogation techniques, or at least threatened with them, because of the 9/11 Commission….

Information from CIA interrogations of two of the three—KSM and Abu Zubaydah—is cited throughout two key chapters of the panel’s report focusing on the planning and execution of the attacks and on the history of Al Qaeda. [Remember the names “KSM” and “Abu Zubaydah” – we’ll get back to them below.]

Footnotes in the panel’s report indicate when information was obtained from detainees interrogated by the CIA. An analysis by NBC News found that more than a quarter of the report’s footnotes—441 of some 1,700—referred to detainees who were subjected to the CIA’s “enhanced” interrogation program, including the trio who were waterboarded.

Commission members note that they repeatedly pressed the Bush White House and CIA for direct access to the detainees, but the administration refused. So the commission forwarded questions to the CIA, whose interrogators posed them on the panel’s behalf.

The commission’s report gave no hint that harsh interrogation methods were used in gathering information, stating that the panel had “no control” over how the CIA did its job; the authors also said they had attempted to corroborate the information “with documents and statements of others.”

But how could the commission corroborate information known only to a handful of people in a shadowy terrorist network, most of whom were either dead or still at large?

Former senator Bob Kerrey of Nebraska, a Democrat on the commission [one of the 9/11 Commissioners], told me last year he had long feared that the investigation depended too heavily on the accounts of Al Qaeda detainees who were physically coerced into talking. …

This is confirmed by the the New Yorker. Pulitzer Prize winning journalist Ron Suskind writes that interrogator Coleman advised a top FBI official at the time:

Indeed, the government has since backed away from all claims that Abu Zubaydah had any role in Al Qaeda or 9/11. For example – in September 2009 – the U.S. government admitted in writing in a court proceeding that Abu Zubaydah had never been a member or associate or supporter of al-Qaeda, was not involved in 9/11, and had no prior knowledge of 9/11:

The Government has not contended in this proceeding that Petitioner [Abu Zubaydah] was a member of al-Qaida or otherwise formally identified with al-Qaida.

Respondent [The United States Government] does not contend that Petitioner was a “member” of al-Qaida in the sense of having sworn a bayat (allegiance) or having otherwise satisfied any formal criteria that either Petitioner or al-Qaida may have considered necessary for inclusion in al-Qaida. Nor is the Government detaining Petitioner based on any allegation that Petitioner views himself as part of al-Qaida as a matter of subjective personal conscience, ideology, or worldview.

The Government has not contended in this proceeding that Petitioner had any direct role in or advance knowledge of the terrorist attacks of September 11, 2001.

The Government has not contended that Petitioner had any personal involvement in planning or executing either the 1998 embassy bombings… or the attacks on September 11, 2001. 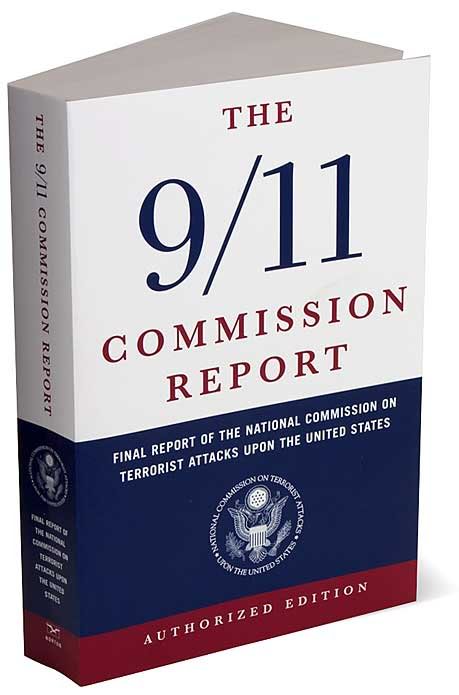 The 9/11 Commission (falsely) called Zubaydah an “al Qaeda lieutenant.” The Joint Congressional inquiry did the same, calling him “al-Qa’ida leader Abu Zubaydah,” and the “Bin Ladin lieutenant captured in March 2002.” As late as 2006, the Justice Department’s Inspector General report on the 9/11 attacks called Zubaydah a “Bin Laden lieutenant.”

When Zubaydah was captured, in March 2002, U.S. government officials touted him as the biggest catch of the War on Terror, at least until the capture of Khalid Sheik Mohammed (KSM). FBI Director Robert Mueller stated that Zubaydah’s capture would help deter future attacks. White House spokesman Ari Fleischer said that Zubaydah could provide a treasure-trove of information about al-Qaeda. Secretary of Defense Donald Rumsfeld claimed that Zubaydah was “a man who knows of additional attacks”, who has “trained people to do this”, and was a big fish who had a fountain of knowledge.

The extensive allegations against Zubaydah went on and on, and included that he was:

As the myth of Zubaydah grew, it was reported that he was –

Because we now know that Zubaydah was never an al Qaeda operative, or even an al Qaeda associate, we are forced into the stunning realization that all of this was false. The questions that should arise from that realization include: How much of what we know about al Qaeda, and how much of the War on Terror, was built on the torture testimony of a man who clearly could not have known anything about al Qaeda at all? [We’ve already documented that Cheney, Rumsfeld and the boys are guilty of war crimes for falsely using 9/11 as a justification for the Iraq war, and noted that Cheney admits that he lied about 9/11.]

But as we know now, the CIA reportedly told Abu Zubaydah during his interrogation that they discovered he was not an al-Qaeda fighter, partner, or even a member. Still, KSM and Bin Alshibh were caught and tortured too.

Given the apparent “mistakes” related to Zubaydah being represented as an al Qaeda leader, there appears to be some serious revision required in the official account of 9/11. However, realistically, at this late date the information attributed to Zubaydah cannot likely be untangled from the official myth behind the War on Terror and the associated actions of the U.S. government. That’s because the torture of Zubaydah was used in support of unprecedented policy changes and actions.

How can the 9/11 Commission Report stand when one of the main sources for information was crazy, was tortured with a specific technique aimed at extracting false confessions, was never allowed to speak (first or second-hand) to the Commissioners, and was not even affiliated with Al Qaeda or 9/11?

The Other Main Source of Information Was Also Unreliable

The other main source for the Commission – KSM – the self-confessed “mastermind” of 9/11, also confessed to crimes which he could not have committed.

He later said that he gave the interrogators a lot of false information – telling them what he thought they wanted to hear – in an attempt to stop the torture. We also know that he was heavily tortured specifically for the purpose of trying to obtain false information about 9/11 – specifically, that Iraq had something to do with it.

So the two main sources for the 9/11 Commission investigation were wholly unreliable.

Government Cover-Up of Unreliability of Witnesses

Moreover, certain government personnel went to great lengths to cover up how unreliable the information was.

Those who knew about those videotapes — and did not tell us about them — obstructed our investigation.

We tortured Qahtani. His treatment met the legal definition of torture.

Indeed, 90 of the 92 videotapes that the CIA destroyed related to Abu Zubaydah.

Postscript: The 9/11 Commissioners publicly expressed anger at cover ups and obstructions of justice by the government into a real 9/11 investigation:

And the Co-Chair of the official Congressional Inquiry Into 9/11 – and former head of the Senate Intelligence Committee – has called for a new 9/11 investigation.

Some other examples of obstruction of justice into the 9/11 investigation include: