On September 11, 2001, the world witnessed the total collapse of three large steel-framed high-rises. Since then, scientists and engineers have been working to understand why and how these unprecedented structural failures occurred.

Europhysics News bills itself as the magazine of the European physics community. That sounds about right — given their circulation of around 25,000 copies per issue! 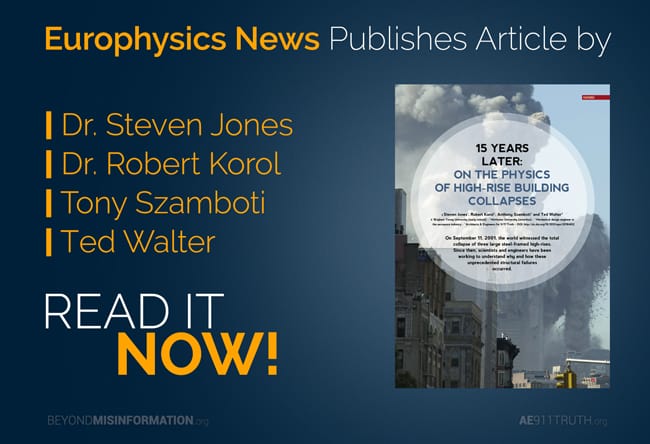 It is with great enthusiasm that we invite you to read the online version of the article, which can be accessed for free at EurophysicsNews.org. The hard copy will be distributed to the magazine’s 25,000 subscribers in mid-September.

You can help grow that number by purchasing copies of World Trade Center Physics in bulk — virtually at cost — and distributing them on your own, either by popping them in the mail or by handing them out.

Nearly 3,000 copies have been sold since World Trade Center Physics went on sale a few days ago. We’ve got 7,000 left in stock waiting to be distributed around the 15th anniversary of 9/11.

Place your bulk order by Monday, August 29, and you’ll receive the package by Saturday, September 10 (this applies to U.S. residents only). 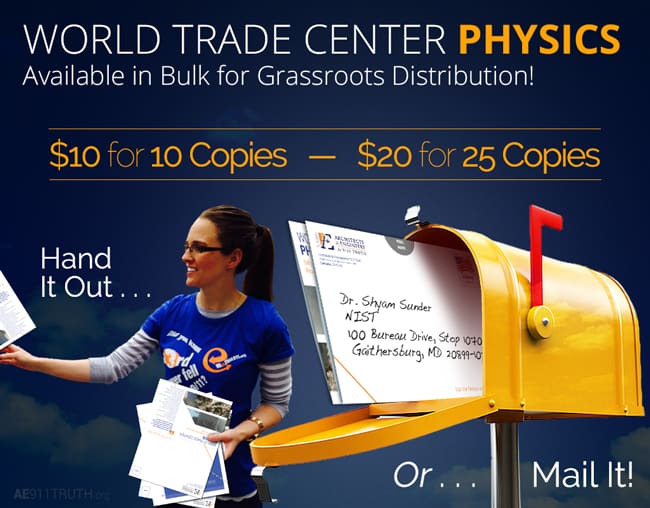 Why NIST’s 9/11 WTC Reports are False and Unscientific.