Home Cover-Up 9/11 Commission The 9/11 Phone Calls: Disturbing Irregularities Uncovered in the Calls that...

From American Airlines Flight 77, Barbara Olson fleshed out the drama of diminutive Muslim hijackers using knives and box-cutters to herd dozens of passengers to the rear of the plane.

These and other reported calls have now been examined by the 9/11 Consensus Panel of scientists, pilots, professors, attorneys, and journalists.

The Panel began its research in 2011 with the Twin Towers and the sudden, stunning collapse of adjacent Building WTC7, a massive 47-storey steel-framed skyscraper.

The official conclusion that all 82 support columns failed simultaneously from fire alone has for years raised serious questions about the official account. 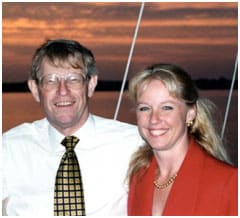 The 9/11 Consensus Panel now offers four evidence-based Points about the alleged phone calls from the 9/11 flights.

The famous “let’s roll” drama of the passenger revolt on UA 93 was relayed by passenger Todd Beamer’s 13-minute unrecorded seat-back call to GTE telephone supervisor Lisa Jefferson, who reported Beamer as strangely tranquil, declining to speak to his wife. Eerily, Beamer’s line remained open for 15 minutes after the crash.

Oddly, the Verizon wireless record shows that 19 calls were made from Beamer’s cell phone long after the crash of UA 93.

Initial media reports and FBI interviews detailed more than a dozen cell phone calls from the planes at high elevation.

Yet in 2001, a telephone spokesperson stated that sustained mobile calls were not possible above 10,000 feet:

When it comes to land and air, the capabilities of a cell phone don’t change. But what makes it possible to use a handheld while in a plane 10,000 feet in the air, and why should it work there when it doesn’t work in your own neighborhood?

It all depends on where the phone is, says Marco Thompson, president of the San Diego Telecom Council. “Cell phones are not designed to work on a plane. Although they do.” The rough rule is that when the plane is slow and over a city, the phone will work up to 10,000 feet or so. “Also, it depends on how fast the plane is moving and its proximity to antennas,” Thompson says. “At 30,000 feet, it may work momentarily while near a cell site, but it’s chancy and the connection won’t last.” Also, the hand-off process from cell site to cell site is more difficult. It is created for a maximum speed of 60 mph to 100 mph. “They are not built for 400 mph airplanes.”

But, Thompson warns, to find out how well your phone works on a plane, you risk going to jail.

During the 2006 Moussaoui Trial, the FBI (under oath) reduced the number of cell phone calls to two calls made from 5,000 feet, and presented evidence of only one (not two) “unconnected” call from Barbara Olson, lasting “0 seconds.”

In another twist, two other women reported that Caller-ID showed their husband’s cell numbers on their answering machines, which while lasting several minutes, had been made from elevations of 25,000 and 35,000 feet .

Finally, although the FBI conducted a massive investigation into the calls, none of the telephone billing, nor any of the cell phone location data stored in standard phone company records has been publicly released.

The 9/11 Consensus Panel has developed 32 Points of evidence.