NEW YORK, NEW YORK, August 1, 2008 — ABLE DANGER, the acclaimed independent
conspiracy thriller by filmmaker PAUL KRIK, will have a week long engagement
at Two Boots Pioneer Theater beginning Thursday, September 11, 2008, in commemoration
of the seventh anniversary of the 9/11 attacks on the World Trade Center Buildings
in lower Manhattan. Krik will be on hand at the opening night for a Q&A.

ABLE DANGER is
the story of Thomas Flynn, a Brooklyn 9/11 truther (played by Adam Nee), who
falls into a noir pastiche when a mysterious Eastern European beauty (played
by Elina Lowensohn) arrives at his bookstore-café with irrefutable
proof of American secret intelligence involvement in the planning and execution
of 9/11. When Thomas is implicated in the murder of his friend and employee,
he’s forced to unravel her complex web of lies while attempting to fight his
natural attraction to her. As it turns out, she possesses the Able Danger hard-drive,
the smoking gun that proves the identities and methods of the real architects
of 9/11, and Thomas is willing to risk everything to expose the truth. The film
gets its title from the real-life secret government program of the same name
that destroyed 2.5 terabytes of data in March 2001, and the café featured is based on the very real Brooklyn café for radical readers, Vox Pop.

With a Masters Degree in existential philosophy and a background in TV commercials, most recently known for his Kanye West mock-Infomercial viral, Krik has created Able Danger, his first feature film. It has been blazing the festival trail, starting at the International Film Festival in Rotterdam where it premiered in a 400-seat theater, selling out all 3 nights, and opened the Brooklyn Film Festival where it received outstanding achievement in Production. It then screened at Cannes & was an official selection at the Transylvania, Philadelphia, Pifan (Korea) & Warsaw Film Festivals. 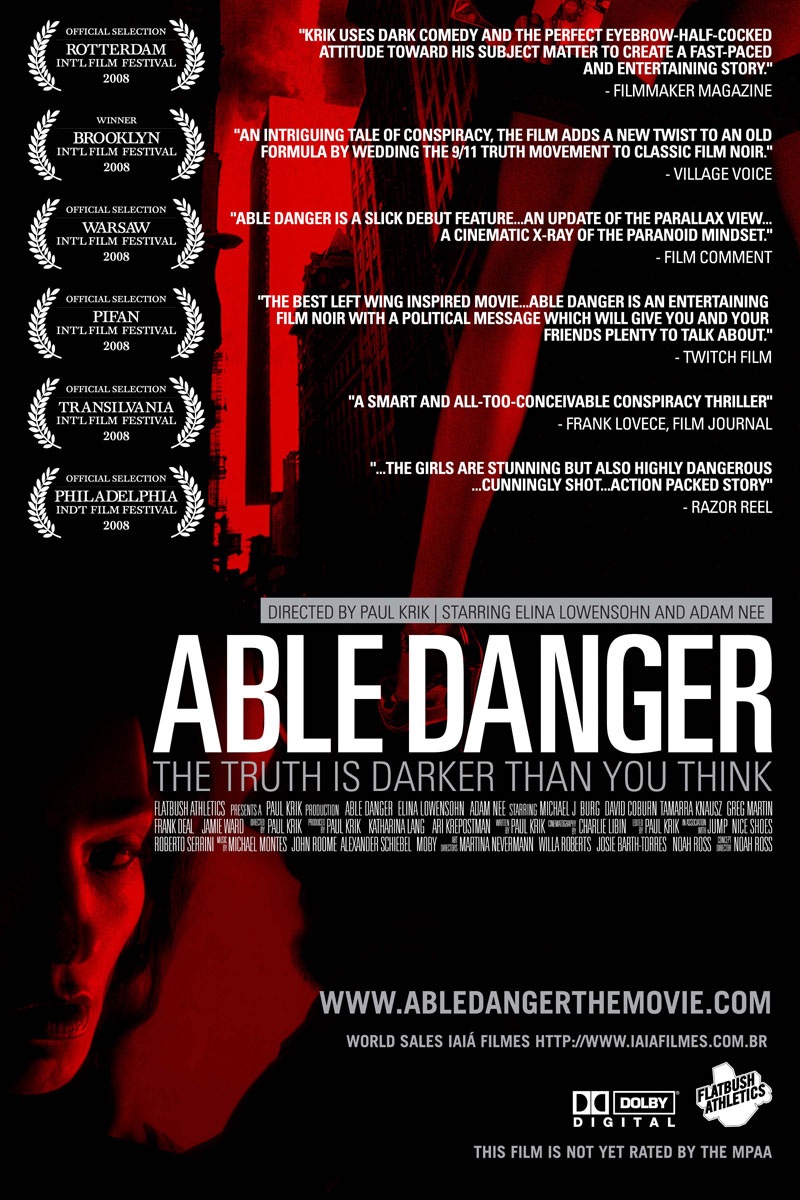