Tuesday, August 5, 2008, from Meryl Nass, anthraxvaccine.blogspot.com/
FBI Apologizes–CBS News
See what power reporting has? It can solidify a tower of Bullshit, or cause it to collapse.

The bloggers deserve a lot of credit for transforming the Ivins reportage, via impressive investigations and and logical thinking. Their work may have turned this case from one of conviction by innuendo — into one that will receive a fairer hearing, and has even elicited an apology by FBI for the pathetic and improper leaks over the past 5 days. TIME reporters Amanda Ripley and Massimo Calabresi deserve kudos for telling it like it is:

While the FBI waits to formally release its evidence against Bruce E. Ivins, the microbiologist it claims to have linked to the anthrax mailings seven years ago, who killed himself on July 29, the public is getting a sneak peek — by way of federal leaks to the media. The leaks are piling up almost too fast to keep track of. Some seem damning, others perplexing, but the pause is creating a strange void — in which leaks are followed by rebuttals from Ivins’ colleagues and his attorney (who steadfastly denies that his client had any role in the attacks) and then followed by more leaks. The result leaves neither Ivins nor the FBI looking good.

And CBS has it right, based on the leaky information so far available:

It is unclear how the FBI eliminated as suspects others in the lab who had access to the anthrax. It’s not clear what, if any, evidence bolsters the theory that the attacks may have been a twisted effort to test a cure for the toxin. Investigators also can’t place Ivins in Princeton, New Jersey, when the letters were mailed from a mailbox there.

So, the FBI caved, at least for today:

FBI official John Miller said that “what we have seen over the past few days has been a mix of improper disclosures of partial information mixed with inaccurate information and then drawn into unfounded conclusions. None of that serves the victims, their families or the public.” 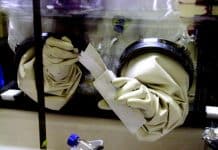 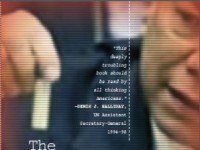 The 2001 Anthrax Deception: The Case for a Domestic Conspiracy

Bush I Bioweapons Advisor Says Anthrax Attacks Could Have Originated within...