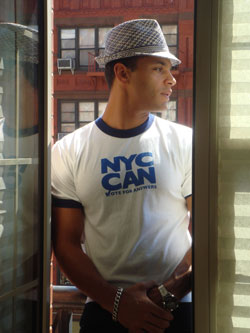 For years now, New Yorkers, Americans in general, and millions around the world
have been plagued with deeply troubling questions about what really happened
on September 11th, 2001. Let down and betrayed by the non-findings of the farcical
911 Commission and its white-washed “report”, victim’s family members
and patriotic citizens have taken matters into their own hands by using the
peaceful and democratic means of the New York State Constitution to resolve
the issue.

The New York City Coalition for Accountability Now (NYC CAN) has filed a petition
containing 52,000 signatures calling for a referendum on the creation of a New
York City independent commission to begin an investigation with power of subpoena.
Unlike the 9/11 Commission, this one will not simply support the least inconvenient
conclusions using cherry picked evidentiary findings. Instead it will carefully
examine ALL of the evidence, including that which suggests that explosive, controlled
demolition was the true cause of the high-rise collapses witnessed that day.

This is a historic opportunity to make real progress towards accountability
and justice in the single most relevant, unresolved event of modern times. It
is an opportunity for REAL change, and it is one that America cannot afford
to waste. In order to override City Council if the referendum is vetoed, NYC
CAN needs only 20,000 more signatures, which would virtually ensure that the
voice of the people not be muted or ignored in this matter. If NYC CAN gets
these 20,000 signatures, the referendum WILL go on the ballot, and New York
City will be able to vote for justice! Please donate
now so that this new investigation can happen.

If everyone reading this donates at least $10 (or the full amount they are
able), NYC CAN will raise enough to not only collect the signatures, but also
to launch a summer PR blitz that will make sure all of New York City will be
watching if Mayor Bloomberg and City Council try to kill the effort.

We have never been this close to giving 9/11 Truth a real chance. This is your
opportunity to alter the course of history. Seize it. Please donate now: http://nyccan.org/donate.php

Pseudoscience & the “study” of “conspiracy beliefs” from message board postings

A 9/11 Re-Investigation and the Power of Consensus Statements

An Open Letter To Bill Moyers