In the absence of my being there in New York City to stand with the 9/11 families,
first responders and survivors, I offer the following statement in support of
your goal of a new investigation into the attacks of September 11th and the
NYC CAN campaign to place it on the ballot for November. 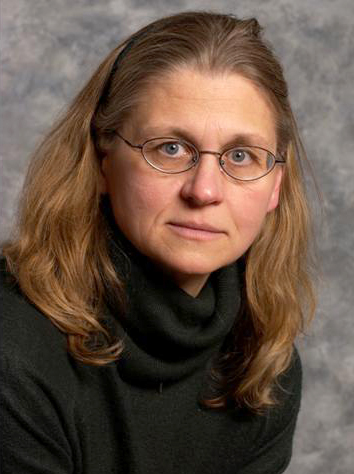 At the time of 9-11, I had been an FBI agent for over 20 years.
My main responsibilities by then were teaching criminal procedure to FBI agents
and other law enforcement officers, mostly about 4th Amendment search and seizure,
5th and 6th Amendment law of interrogation, right to attorney and constitutional
protection of rights to “free speech”, due process, habeas corpus,
and against cruel and unusual punishment. A week before 9-11, I and the rest
of the FBI’s ethics instructors were mandated (as a result of an earlier
public FBI scandal) to give a one hour PowerPoint presentation, a form of remedial
training on “law enforcement ethics” which I accomplished in a fairly
perfunctory way, just reading the slides.

After 9-11, with the knowledge I had of the bitter internal dispute inside
the FBI that was being hushed up but had kept some of our better agents from
possibly uncovering more of the 9-11 plot before it happened, I couldn’t
forget two of the slides in that Law Enforcement ethics curriculum: “DO
NOT: Puff, Shade, Tailor, Firm up, Stretch, Massage, or Tidy up statements of
fact.” And “Misplaced Loyalties: As employees of the FBI, we must
be aware that our highest loyalty is to the United States Constitution. We should
never sacrifice the truth in order to obtain a desired result (e.g. conviction
of a defendant) or to avoid personal or institutional embarrassment.”

The official dissembling and excuse-making about the true causes and prior
mistakes that gave rise to and allowed the terrorist attacks to happen, almost
immediately ushered in the Bush-Cheney Administration’s egregious and
lawless, post 9-11 “war on terror” agenda which bore no connection
to the original causes and no connection to the goal of reducing terrorism and
making the world safer. When I got a chance, about 8-1/2 months after 9-11
to tell what I knew, I did so and my disclosures led to further investigation
by the Department of Justice Inspector General and figured in the 9-11 Commission
Report.

But it was way too late for this emerging bit of truth that has continued to
leak out in dribs and drabs to have any impact. The laws themselves, especially
the criminal procedure ones rooted in the Constitution that I had spent my career
teaching to law enforcement, have largely gone up in smoke. Having seen the
cost of remaining silent, I publicly warned, a few months after my first memo,
against launching the pre-emptive invasion of Iraq. But false agendas had already
filled the vacuum created by lack of truth. And we are still dealing with the
disastrous consequences of these unjustified, pre-emptive wars.

Let me therefore simply repeat the request I made to the Senate Judiciary Committee
in June 2002: “Foremost, we owe it to the public, especially the victims
of terrorism, to be completely honest. I can only imagine what these crime and
terrorism victims continue to go through. They deserve nothing but the complete,
unfettered truth.”

Therefore, I fully support the 9/11 families, first responders, survivors and
over 60,000 other New Yorkers who have endorsed a new 9/11 investigation in
New York City as advanced by ballot referendum this coming November election.

Coleen Rowley is a former FBI staff attorney who turned whistle-blower after
witnessing repeated failures within the bureau to properly investigate alleged
9/11 co-conspirator Zacarias Moussaoui. She was one of three Time Magazine Persons
of the Year in 2002.