Sept. 28. The following brief open letter is from Gary Hart, the former Democratic senator from Colorado and winner of presidential primaries in 1984, also the co-author of the much-cited 2000 Hart-Rudman report on terrorism, writing in the Huffington Post yesterday in the form of

“Unsolicited Advice to the Government of Iran” 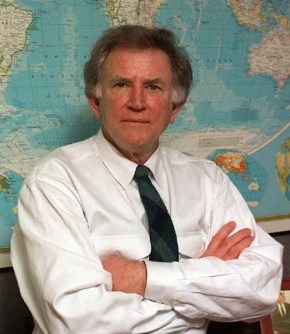 Having done so, you will surely recognize that Americans are reluctant to go to war unless attacked. Until Pearl Harbor, we were even reluctant to get involved in World War II. For historians of American wars the question is whether we provoke provocations.

Given the unilateral U.S. invasion of Iraq in 2003, you are obviously thinking the rules have changed. Provocation is no longer required to take America to war. But even in this instance, we were led to believe that the mass murderer of American civilians, Osama bin Laden, was lurking, literally or figuratively, in the vicinity of Baghdad.

Given all this, you would probably be well advised to keep your forces, including clandestine forces, as far away from the Iraqi border as you can. You might even consider bringing in some neighbors to verify that you are not shipping arms next door. Tone down the rhetoric on Zionism. You’ve established your credentials with those in your world who thrive on that.

If it makes you feel powerful to hurl accusations at the American eagle, have at it. Sticks and stones, etc. But, for the next sixteen months or so, you should not only not take provocative actions, you should not seem to be doing so.

For the vast majority of Americans who seek no wider war, in the Middle East or elsewhere, don’t tempt fate. Don’t give a certain vice president we know the justification he is seeking to attack your country. That is unless you happen to like having bombs fall on your head.

Gary Hart is now on the Council of Foreign Relations and likely to be privy to deliberations among the nation’s highest foreign policy makers. He has thus delivered in clear, plain language his opinion that the vice-president of the United States, Richard Cheney, is liable to arrange a false-flag cause for war against Iran, following the model of the USS Maine explosion in 1898, falsely blamed on the Spanish to start the Spanish-American War, and the so-called Gulf of Tonkin incident – the fictional event used in 1964 to railroad the Congress into a resolution empowering the war in Vietnam.

Is there a bigger news story out there? Down the rabbit hole we go.