By Amber Healy
The Fairfax Connection

More than five years after war began in Iraq, veterans speak out against the
occupation.
Being a good soldier means following the orders given by higher ranking officers,
out of a sense of duty and loyalty to protect his country.

But what happens when a soldier feels his commanding officers, even the Commander
in Chief, has betrayed and abandoned the Constitution?

Tony Teolis of Fairfax wrestled with that question for years before joining
Veterans for Peace, one of many organizations that help veterans find the courage
and the voice to speak out against the current occupation of Iraq.

“As veterans, we believe in the Constitution as the law of the land, and
we took an oath to preserve, protect and defend it,” Teolis said. It is
the same oath congressmen, senators and the president also take when they step
into office, and Teolis and other like-minded veterans believe those elected
officials have abandoned the Constitution by going into Iraq under false pretenses.

“A declaration of war without a direct order from Congress, combined
with the abuse of human rights, the abuse and threat of invasion to other nations
are all signs that Congress and the president are not fulfilling their duties,”
Teolis said.

A VETERAN of the first Gulf War in the early 1990s, Teolis spent several years
in Japan following his combat duty. With a long family history of military service,
he was proud to serve his country and for the work he had done in helping to
liberate Kuwait from Iraqi control.
“The Army let me travel and gave me training because they thought I had
a skill with languages,” he said.

That sense of pride changed for him shortly after Sept. 11, 2001. “When
I heard Bush essentially say you’re either with us or you’re against us, that
didn’t sit well with me,” Teolis said. “The world is too complex to
speak in absolutisms.”
Steve Hayes of Herndon has a similar story. A soldier in the Army from 1978
to 1982, Hayes was stationed in Germany during peacetime, continuing a family
tradition.
“What is going on in the military, especially what might be waiting for
the younger generation, is important to my family and for people of my generation
to pay attention,” he said. “We need to make sure these soldiers get
treated well so the military remains honorable and we don’t have to go back
to a draft system.” For Hayes, concerns about the current military began
in 2003 and 2004, early in the Iraq occupation, when news started trickling
out that the reasons for the U.S. invasion were not factually correct.

Hayes, joined by other members of Veterans for Peace and the Prince William
County Peacemakers, began visiting Walter Reed and another military hospital
in Bethesda to talk with veterans returning from Iraq to be treated for injuries.

The two hospitals had different methods in place to help veterans recover.
Walter Reed provided homes for veterans’ families to stay in while visiting
their loved one; the hospital in Bethesda provided a Marine Corps officer to
make sure injured vets had whatever resources needed for a full recovery.

AS THE VETERANS Hayes worked with began to speak out about the conditions
of Walter Reed, another group began to stage counter-protests each Friday, accusing
the group of betraying their country.
“We just wanted to make sure these guys got a fair shake from their government,”
Hayes said. Tina Richards fought with the Department of Defense for nine months
to prevent her son, who had already served two tours in Iraq, from returning
to battle after the Veterans Administration determined he was 80 percent disabled
from post-traumatic stress disorder.

“We were in the middle of getting
the VA paperwork filed with the Marines when they tried calling him back for
a third tour,” said Richards, now an activist on behalf of veterans who
return home from Iraq with mental health issues that directly result from their
duty overseas.
“When my son first came home, he was telling me about how
the occupation was destroying people’s lives and I knew I had to do what I could
to stop it,” she said.
Despite a serious medical problem, Richards said
her son was in danger of losing his honorable discharge for refusing to return
for duty, which could have cost him the medical benefits he needed.
“When
he first came back, he tried to speak out, but now the Marine Corps has taken
that away from him too,” she said.
“For every person we kill, we’re
making 10 more people angry,” Richards said of the tension in Iraq. “Who
knows how many of those people will become extremists in the future?”
Like
Hayes and Teolis, Richards said many men on both sides of her family have proudly
served in the military. Like so many other mothers and family members, she felt
guilty every time her son called her after soldiers had died, knowing some other
mother would be getting the call that her son or daughter wouldn’t be coming
home.
“By the end of his second tour, he knew it wasn’t right,” Richards
said. “In the beginning, with all the rhetoric going around, he was already
a Marine and was going to do what his commander said.”
Adam Kokesh joined
the Marines when he was 17 in 1999, fresh out of high school and eager to serve.

Kokesh and his division were among the first on the ground in Iraq, eyewitness
to the raids on Fallujah in 2004.
“It was a very interesting time,”
he said. “We were there for the battle in April, we were there when Saddam
[Hussein] was taken out of power and we held our position through the alleged
transfer of power to the Iraqi parliament.”

FROM THAT VANTAGE POINT, Kokesh said he saw the rise in the number of insurgent
attacks against American soldiers who were stationed in the city to protect
Iraqi homes and streets. Early on, he said, he believed the mission in Fallujah
was “a failure.”
“We waited until August to disband and until
November to try to get into the city from the outer perimeter because [President]
Bush couldn’t get elected with 20 Marines dead in Fallujah,” he said. “We
saw two or three guys die each day patrolling the city.”
Kokesh gained
a measure of national notoriety earlier this year when he was stripped of his
honorable discharge from the Marines for wearing parts of his uniform during
protests in Washington in March. He’s also become a leader of Iraq Veterans
Against the War, a national organization of veterans and currently enlisted
members of the military who want troops to begin coming home soon.
All these
groups and other will be converging on Washington on Saturday, Sept. 15 and
staying for nearly a week, with marches, rallies and days set aside for lobbying
members of Congress to demand a withdrawal of troops and the restoration of
Constitutional law.
“The first casualty of war is the truth,” Teolis
said. The American people were told what they needed to hear to support the
invasion of Iraq, he believes.
“When we took the oath to join the military,
we made a promise to defend the law of our land,” Teolis said. That promise
has been forgotten or betrayed by leaders who continue to support the war, he
said.
“The way I see it, we have two options for going forward,” he
said. “We can either throw out the Constitution as our laws and start all
over again, or we have to act like we mean what we say, and that goes for the
president, for Congress, for soldiers and veterans and citizens.”
Which
brings up the question of what it means to support the troops still serving
overseas.
“It’s a vague statement,” Hayes said. “I’m concerned
about people from the Navy being used in combat when they weren’t necessarily
trained for that. There’s the stop-loss program which allows a soldier’s tour
of duty to be extended after he’s been deployed. I’m not one to say that recruiting
is bad, but people need to read and understand what it really means to join
the military before they enlist.”

Ed. Note: Please have a listen. Wyld Stallions Records, LLC and the Riot-Folk Collective have joined forces to produce “Line in the Sand: A Compilation in Support of Iraq Veterans Against the War”. The CD features 18 anti-war tracks, all in strong support of our generation’s Veterans. Contributing artists include Ryan Harvey, Jonah Matranga, Cloud Cult, and Tom Morello, courtesy of Epic Records. Review at www.Wyldstallionsrecords.com purchase at cdbaby, http://cdbaby.com/cd/lineinthesand. 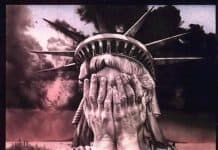 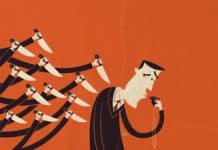 Why Resistance is Essential