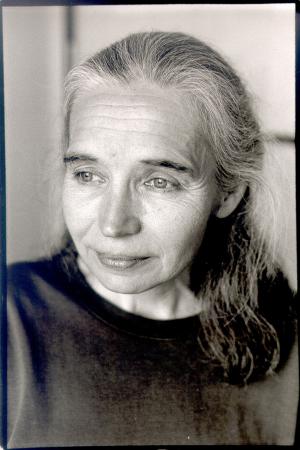 Alison’s loss is a devastating blow not only to Human Rights Watch but also to the people of Rwanda and the Great Lakes region.
Kenneth Roth, executive director

(New York) – It is with enormous sadness that Human Rights Watch announces the death of our beloved colleague Dr. Alison Des Forges, who was killed in the crash of Flight 3407 from Newark to Buffalo on February 12, 2009. Des Forges, senior adviser to Human Rights Watch’s Africa division for almost two decades, dedicated her life to working on Rwanda and was the world’s leading expert on the 1994 Rwanda genocide and its aftermath.

“Alison’s loss is a devastating blow not only to Human Rights Watch but also to the people of Rwanda and the Great Lakes region,” said Kenneth Roth, executive director of Human Rights Watch. “She was truly wonderful, the epitome of the human rights activist – principled, dispassionate, committed to the truth and to using that truth to protect ordinary people. She was among the first to highlight the ethnic tensions that led to the genocide, and when it happened and the world stood by and watched, Alison did everything humanly possible to save people. Then she wrote the definitive account. There was no one who knew more and did more to document the genocide and to help bring the perpetrators to justice.”

Des Forges, born in Schenectady, New York, in 1942, began working on Rwanda as a student and dedicated her life and work to  understanding the country, to exposing the serial abuses suffered by its people and helping to bring about change. She was best known for her award-winning account of the genocide, “Leave None to Tell the Story,” and won a MacArthur Award (the “Genius Grant”) in 1999. She appeared as an expert witness in 11 trials for genocide at the
International Criminal Tribunal for Rwanda, three trials in Belgium, and at trials in Switzerland, the Netherlands, and Canada. She also provided documents and other assistance in judicial proceedings involving genocide in four other national jurisdictions, including the United States.

Clear-eyed and even-handed, Des Forges made herself unpopular in Rwanda by insisting that the rebel Rwandan Patriotic Front forces, which defeated the
genocidal regime, should also be held to account for their crimes, including the murder of 30,000 people during and just after the genocide. The Rwandan
government banned her from the country in 2008 after Human Rights Watch published an extensive analysis of judicial reform there, drawing attention to problems
of inappropriate prosecution and external influence on the judiciary that resulted in trials and verdicts that in several cases failed to conform to facts of the cases.

“She never forgot about the crimes committed by the Rwandan government’s forces, and that was unpopular, especially in the United States and in Britain,” said Roth. “She was really a thorn in everyone’s side, and that’s a testament to her integrity and sense of principle and commitment to the truth.”

Des Forges was not only admired but loved by her colleagues, for her extraordinary commitment to human rights principles and her tremendous generosity as a mentor
and friend.

“Alison was the rock within the Africa team, a fount of knowledge, but also a tremendous source of guidance and support to all of us,” said Georgette Gagnon, Africa director at Human Rights Watch. “She was almost a mother to us all, unfailingly wise and reasonable, absolutely honest yet diplomatic. She never seemed to get stressed out, in spite of the extreme violence and horror she had to deal with daily. Alison felt the best way to make things better was to be relentlessly professional and scrupulously fair. She didn’t sensationalize; her style was to let the victims speak for themselves.”

Corinne Dufka, another colleague who worked closely with Des Forges, wrote:
“She always found the time to listen and helped me see outside the box. Alison inspired me to be a better researcher, a better colleague, a more giving mentor and a more balanced human being. She was also funny – her sardonic sense of humor, usually accompanied with that sparkle in her eye, lightened our burden.”

An historian by training, Des Forges wrote her PhD thesis on Rwanda and spent most of her adult life working on the Great Lakes region, despite an early stint in China with her husband, Roger, a professor of history and China expert at the University of Buffalo.

Des Forges graduated from Radcliffe College in 1964 and received her PhD from Yale in 1972. She began as a volunteer at Human Rights Watch, but was soon working full-time on Rwanda, trying to draw attention to the genocide she feared was looming. Eventually, Roth had to insist she take a salary. She co-chaired an international commission looking at the rise of ethnic violence in the region and published a report on the findings several months before the genocide. Once the violence began, Des Forges managed to convince diplomats in Kigali to move several Rwandans to safety, including the leading human rights activist Monique Mujawamariya.

As senior adviser to the Africa division at Human Rights Watch since the early 1990s, Des Forges oversaw all research work on the Great Lakes region, but also provided counsel to colleagues across the region and beyond. She also worked very closely with the International Justice Program because of all her involvement with the Rwanda  tribunal.

“The office of the prosecutor relied on Alison as an expert witness to bring context and background and detailed knowledge of the genocide,” Roth said. “Her expertise was sought again and again and again by national authorities on cases unfolding in their courts of individuals facing deportation, or on trial for alleged involvement in the genocide.”

Most recently, Des Forges was working on a Human Rights Watch report about killings in eastern Congo.

Des Forges leaves a husband, a daughter, and a son, three grandchildren, a brother and a sister-in-law. The staff of Human Rights Watch expressed their deepest condolences to her family and friends.

If you would like to send a message of condolence, please email tribute [at] hrw.org.

We are working to set up a web page to honor Alison Des Forges and her work.
Please check http://www.hrw.org/ for details.
Also available in: FranÃ§ais