Japanese MP Yukihisa Fujita of the Democratic Party of Japan, a member of the House of Councillors in the Diet of Japan (national legislature), spoke at the 9/11 Truth conference in Sydney today.

Mr Fujita is the single most important person to step forward to ask hard questions about 9/11 and the “War on Terror” this year.

Although the international conference is taking place in the centre of Sydney a stone’s throw away from Sydney parliamentarians, not a single Australian MP is in attendance at this important event.

Organizers of the conference had hoped that his attendance may encourage Australian Parliamentarians to examine the provably false official 9/11 conspiracy theory. He will be in attendance on the 15th (Sat) and 16th (Sun) and will make a short address on both days.

Australian media also failed to show up to the conference, despite excellent facilities and the importance of this event to Australians who are embroiled in Afghanistan and Iraq and currently conducting “cyber war games” with the Americans.

Hundreds of Australian citizens and international visitors are gathering over the weekend for the conference which is open to all and taking place at the prestigious Tattersall Club at 181 Elizabeth Street in Central Sydney, having been opened by a traditional Australian indigenous welcome speech given by Dharawal Man Les Bursill. 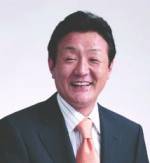 Mr Yukihisa Fujita spoke on several issues of interest to Australia and Japan however there is a total white-out by the controlled Australian media in coverage of this event, with millions due to celebrate St Patricks day in the park opposite the conference center and fears that Australians will become aware of the falsehood of the official stories of 9/11 and the so-called ‘War on Terror.’

Mr Fujita told our reporter that MP’s at first know that something is amiss but have only parts of the picture and so lack the confidence to speak out or ask the right questions. However, once critical mass is reached via research and having sufficient information to hand, politicians can come onside. He has succeeded in alerting many Japanese politicians to the 9/11 cover up.

He called upon the 9/11 Truth movement to extend beyond the Internet to the masses and that the showing of films in public concerning 9/11 will create the mass awareness of the problem that several governments have concealed the realities of September 11, 2001.

Former Italian President Francesco Cossiga has revealed that most intelligence agencies are aware of the inside involvement in the events of 9/11. Mr Fujita revealed he had met Mr Meacher the former British environment minister who was sacked by Blair for coming out and stating that 9/11 was a cover-up.

One MP told him that when he saw the building collapsing he thought it looked like a demolition but did not dare ask about it. He introduced a Japanese collegue in Victoria who has been so active in talking to people about to inform them about the 9/11 Truth. He expressed his appreciation to her, Chihaya, for her efforts to have this important video which is available on YouTube, translated into English, which enabled others to translate this into French, German, Spanish, Italian and Slovak. He also showed a copy of a book written by another Japanese 9/11 Truther, Akira Dojimaru, who resides in Spain, on the collapse of the World Trade Center Towers.

At the end of his speech Mr. Fujitu rceived a standing ovation which showed immense appreciation and respects of the Australian citizens toward this sole politician who had travelled from far to deliver the message from Japan, whilst local Australian politicians had not bothered to even send a single message of support.