Home In the Media Link TV Airs 9/11: Press for Truth 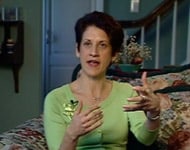 After the attacks of 9/11, the public was inundated with footage and data on
every channel and in every paper from every country. But was this “coverage” always “information”? Did the media teach us the truth about the real sequence of events and the connections between them, an investigation that would be imperative to our national security? They did not. And nobody except the families of 9/11 wanted to.

Part 1 of this Link TV special hosted by Peter Coyote features 9/11 Press for Truth, a powerful documentary about a small group of grieving families who waged a tenacious battle against those who sought to bury the truth about 9/11. Six of them for the first time the powerful story of how they took on the greatest powers in Washington — and won! — compelling an investigation, only to subsequently watch the 9/11 Commission fail in answering most of their questions.

Join Peter Coyote in discussion with Paul Thompson, author of The Terror Timeline: Year by Year, Day by Day, Minute by Minute: A Comprehensive Chronicle of the Road to 9/11, the catalyst for the film. Adapting Paul Thompson’s work, the filmmakers collaborated with documentary veterans Globalvision to stitch together rare overlooked news clips, buried stories, and government press conferences, revealing a pattern of official lies, deception and spin. As a result, a very different picture of 9/11 emerges, one that raises new and more pressing questions.