Home FBI Mueller has Long History of Diversions and Cover-Ups

Mueller’s talents were noticed early in his career at the Justice Department. As a U.S. Attorney in Boston during the mid-80s, he helped falsely convict four men for murders they didn’t commit in order to protect a powerful FBI informant—mobster James “Whitey” Bulger.” According to the Boston Globe, “Mueller was also in that position while Whitey Bulger was helping the FBI cart off his criminal competitors even as he buried bodies in shallow graves along the Neponset.”

Mueller was then appointed as chief investigator of the 1988 bombing of Pan Am 103 in Scotland. The account Mueller produced was a flimsy story that accused a Libyan named Megrahi of coordinating placement of a suitcase bomb that allegedly traveled unaccompanied through several airports to find its way to the doomed flight. Despite Mueller’s persistent defense of this unbelievable tale, Megrahi was released from prison in 2009 and died three years later in Libya.

With the Pan Am 103 case, Mueller was covering up facts related to some of the of victims of the bombing—a group of U.S. intelligence specialists led by Major Charles McKee of the Defense Intelligence Agency. McKee had gone to Beirut to find and rescue hostages and, while there, learned about CIA involvement in a drug smuggling operation run through an agency project called COREA. As TIME magazine reported, the likely explanation for the bombing, supported by independent intelligence experts, was that U.S. operatives “targeted Flight 103 in order to kill the hostage-rescue team.” This would prevent disclosure of what McKee’s team had learned. That theory was also supported by the fact that the CIA showed up immediately at the scene of the crash, took McKee’s briefcase, and returned it empty.

Mueller’s diversions led to his leadership of the Criminal Division at the U.S. Department of Justice, putting him in charge of investigations regarding BCCI. When Mueller started in that role, members of Congress and the media were already critical of the government’s approach to the BCCI affair. Mueller came into the picture telling the Washington Post that there was an “appearance of, one, foot-dragging; two, perhaps a cover-up.” Later he denied the cover-up claim and the suggestion that the CIA may have collaborated with BCCI operatives.

But again, Mueller was simply brought in to accomplish the cover-up. The facts were that BCCI was used by the CIA to operate outside of the rule of law through funding of terrorists and other criminal operatives. The bank network was at the root of some of the greatest crimes against the public in the last 50 years, including the Savings & Loan scandal, the Iran-Contra affair, and the creation of the al-Qaeda terrorist network.

Mueller was instrumental in obstructing the BCCI investigation led by Manhattan District Attorney Robert Morgenthau. During this time, Justice Department prosecutors were instructed not to cooperate with Morgenthau. Describing Mueller’s obstruction of Morgenthau, the Wall Street Journal reported that, “documents were withheld, and attempts were made to block other federal agencies from cooperating.”

“When a few prosecutors finally began targeting BCCI’s operations in the late Eighties, President George Herbert Walker Bush boldly moved in with a federal probe directed by Justice Department investigator Robert Mueller. The U.S. Senate later found that the probe had been unaccountably ‘botched’–witnesses went missing, CIA records got ‘lost,’… Lower-ranking prosecutors told of heavy pressure from on high to ‘lay off.’ Most of the big BCCI players went unpunished or, like [Khalib bin] Mahfouz, got off with wrist-slap fines and sanctions. Mueller, of course, wound up as head of the FBI, appointed to the post in July 2001–by George W. Bush.”

Yes, in the summer of 2001, when the new Bush Administration suspected it would soon need a cover-up, Mueller was brought in for the job. Although suspect Louis Freeh was FBI Director in the lead-up to the crimes, Mueller knew enough to keep things under wraps. He also had some interesting ties to other 9/11 suspects like Rudy Giuliani, whose career paralleled Mueller’s closely during the Reagan and first Bush administrations.

Under Mueller, the FBI began the whitewash of 9/11 immediately. Mueller himself lied repeatedly in the direct aftermath with respect to FBI knowledge of the accused hijackers. He claimed that the alleged hijackers left no paper trail, and suggested that they exercised “extraordinary secrecy” and “discipline never broke down.” In fact, “ring leader” Mohamed Atta went to great lengths to draw attention to himself prior to the attacks. Moreover, the evidence the accused men supposedly left behind was obvious and implausibly convenient for the FBI.

Meanwhile, Mueller’s FBI immediately seized control of the investigations at the World Trade Center, the Pentagon, and in Shanksville, PA where United Flight 93 was destroyed. Under Mueller, leaders of the Bureau went on to arrest and intimidate witnesses, destroy or withhold evidence, and prevent any independent investigation. With Mueller in the lead, the FBI failed to cooperate with the government investigations into 9/11 and failed miserably to perform basic investigatory tasks. Instead, Mueller celebrated some of the most egregious pre-9/11 failures of the FBI by giving those involved promotions, awards, and cash bonuses.

As FBI whistleblower Coleen Rowley later wrote with regard to 9/11, “Robert Mueller (and James Comey as deputy attorney general) presided over a cover-up.” Kristen Breitweiser, one of the four 9/11 widows known as the “Jersey Girls,” stated something similar:

“Though the recently filed court documents reveal Mueller received a briefing about the Sarasota Saudi investigation, the FBI continued to publicly deny it existed and it appears that the lies were approved by Mueller.” 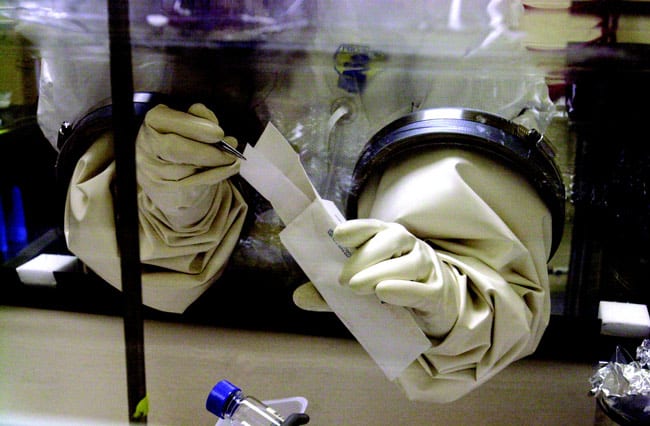 Mueller’s FBI went on to “botch” the investigation into the October 2001 anthrax attacks. As expected, the result was a long series of inexplicable diversions that led nowhere. The anthrax attacks occurred at a time when Mueller himself was warning Americans that another 9/11 could occur at any time (despite his lack of interest in the first one). They also provided the emotional impetus for Americans and Congress to accept the Patriot Act, which had been written prior to 9/11. Exactly why Mueller’s expertise was needed is not yet known but examining the evidence suggests that the anthrax attackers were the same people who planned 9/11.