The newest volley in the disinformation campaign regarding 9/11 is a simulation of the Twin Towers created by Purdue University. As summarized by Raw Story :

The simulation found jet engine shafts from airlines flown into the World Trade Center “flew through the building like bullets,” according to an Associated Press video report.

Flaming jet fuel cascaded through the tower stripping away fireproofing material and causing the building to collapse, the AP video reports.

“The weight of the aircraft’s fuel, when ignited, acted like a flash flood of flaming liquid,” according to the video.

However, Kevin Ryan has already demonstrated that there was not enough energy from the airplane impacts to have knocked much of the fireproofing off . See also this article .

Editor’s Note: A recently released Purdue University animated computer simulation “shows that it was the weight of the fuel combined with the fire, and not the aircraft itself, that caused the most damage to the buildings.”Specific flaws in this two-year project are being brought to light now. “Researchers have stated that the Purdue simulation contradicts the observed facts in other ways, and in the next couple of weeks, they will publish their findings.” (911truth.org will publish these findings as they become available.)Perhaps most disturbing to readers considering whether this simulation is trustworthy is the source of funding for the study, and the fact that Purdue is part of The Regional Visualization and Analytics Centers (RVACs), a Department of Homeland Security “Center of Excellence .” Furthermore, Josh Reeves and Mike Swenson, in a story at TruthorLies.org point out “the National Science Foundation (NSF), the agency that [partially] funded the Purdue study, is an agency whose board was appointed by George W. Bush and confirmed by the United States Senate.” Its director, “Dr. Arden L. Bement Jr., worked for employers such as General Electric Company, Battelle Northwest Laboratories, and DARPA (the Defense Advanced Research Projects Agency), the agency responsible for the development of new technology for use by the military.” They conclude, “This Purdue simulation conclusively shows that the government agencies charged with finding an explanation for the collapses of the twin towers are continually unable to do so without contradicting themselves, while attempting to create a wild ‘fairy tale’ out of physical impossibilities. Further, research conducted into these claims made by these government agencies consistently reveals shadowy figures and corporations who have participated, while remaining complicit, in the official explanation of the tragic events of September 11th, 2001.”

See also: Architects & Engineers for 911truth.org and 140+ Engineers and Architects Question 9/11 .
And very few of the core columns were severed by the planes’ impact. And tests by NIST showed that temperatures in the Twin Towers never got hot enough to significantly weaken the structural steel of the 47-column inner core . 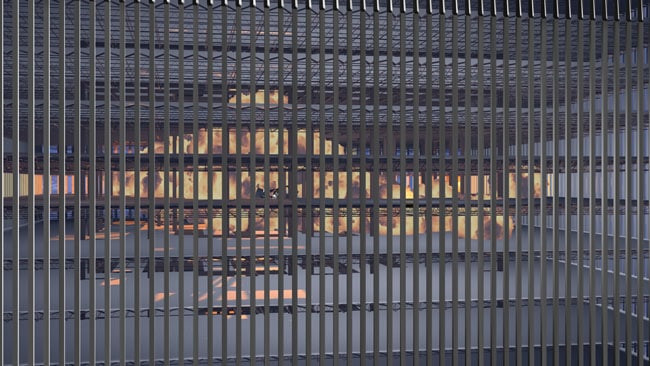 Researchers have stated that the Purdue simulation contradicts the observed facts in other ways, and in the next couple of weeks, they will publish their findings.

Moreover, the Purdue simulation still does not address the flies in the ointment which NIST also ignored:

(1) The simulation either fails to include, or inaccurately represents, the 47 core columns holding up each of the Twin Towers.

(2) Most of the jet fuel burned outside the buildings, especially in the case of the South Tower – which produced a glowing orange fireball as the building was struck at an oblique angle. So the simulation could not hold true for the South Tower.

(3) The people who designed the Twin Towers did not think that an airplane plus fire from the jet fuel could bring the buildings down. Indeed, they assumed that ” all the fuel (from the airplane) would dump into the building”, and yet assumed “The building structure would still be there .” Since most of the fuel (especially with the South Tower) exploded outside of the buildings, shouldn’t they “still be there”?

(4) Even if the planes and fire had initiated a collapse sequence, why did the towers totally collapse, when no modern steel-framed building has ever before completely collapsed due to fire?

(6) How could the buildings have fallen at near free-fall speed, indicating very little resistance, and yet produce tremendous pulverization of concrete, which indicates great resistance?

(7) No one can explain why & quot;steel columns in building 7 were “PARTLY EVAPORATED in extraordinarily high temperatures” (pay-per-view). Absent controlled demolition, how could such temperatures have been generated by jet fuel or diesel?

As if that’s not enough, Kevin Ryan pointed out to me today by email that the Purdue simulation contradicts many aspects of NIST’s findings:

“1. Were columns on the south face of WTC severed by aircraft impact? NIST says maybe one, but Purdue now suggests several. NCSTAR1, p. 22-23.

2. Was there any jet fuel in AA11’s center fuel tank? NIST says no, but Purdue now says yes, it was completely full. NCTSAR1-5A, p liii, lviii.

3. How did the fieproofing get “widely dislodged”? NIST suggests the aircraft debris turned into shotgun blasts to affect this. Purdue now suggests the jet fuel did it. Thanks to Purdue for invalidating NIST’s work. NCSTAR1, p 119.”

In other words, not only does the Purdue simulation contain many of the same errors as the NIST reports, but, as if that’s not bad enough, it stretches the truth beyond even what NIST itself has done.

Moreover, as pointed out by the blog Truth Or Lies :

“The following statement was used in the Purdue simulation: ‘The weight of the aircraft’s fuel, when ignited, acted like a flash flood of flaming liquid.’ This is a direct contradiction of the FEMA report (which can be viewed HERE ) which stated: ‘despite the huge fireballs caused by the two planes crashing into the WTC towers each with 10,000 gallons of jet fuel, the fireballs did not explode or create a shock wave that would have resulted in structural damage.”

“Many may conclude that the building structure of the World Trade Center twin towers was poorly designed with fire retardants that the heat from the airliner explosions within an hour caused catastrophic destruction of the south tower, and in less than 2 hours the north tower. However, the evidence overwhelmingly supports a different conclusion: this collapse was in fact caused by explosive devices planted well in advance.”

Indeed, numerous scientists, engineers and demolition experts have said the official version of the destruction of the World Trade Centers is impossible.