Osama bin Laden may have chartered a plane that carried his family members and Saudi nationals out of the United States after the September 11, 2001 attacks, said FBI documents released Wednesday.

The papers, obtained through the Freedom of Information Act, were made public by Judicial Watch, a Washington-based group that investigates government corruption.

One FBI document referred to a Ryan Air 727 airplane that departed Los Angeles International Airport on September 19, 2001, and was said to have carried Saudi nationals out of the United States.

“The plane was chartered either by the Saudi Arabian royal family or Osama bin Laden,” according to the document, which was among 224 pages posted online.

The flight made stops in Orlando, Florida; Washington, DC; and Boston, Massachusetts and eventually left its passengers in Paris the following day. 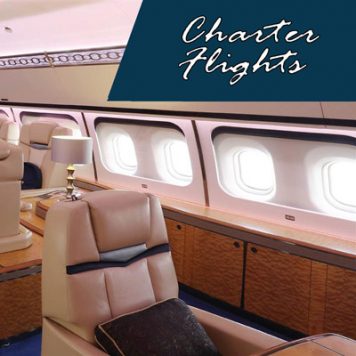 In all, the documents detail six flights between September 14 and September 24 that evacuated Saudi nationals and bin Laden family members, Judicial Watch said in a statement.

“Incredibly, not a single Saudi national nor any of the bin Laden family members possessed any information of investigative value,” Judicial Watch said.

“These documents contain numerous errors and inconsistencies which call to question the thoroughness of the FBI’s investigation of the Saudi flights.

Asked about the documents’ assertion that either bin Laden or the Saudi royals ordered the flight, an FBI spokesman said the information was inaccurate.

“There is no new information here. Osama bin Laden did not charter a flight out of the US,” FBI special agent Richard Kolko said.

“This is just an inflammatory headline by Judicial Watch to catch people’s attention. This was thoroughly investigated by the FBI.”

Kolko pointed to the 9-11 Commission Report, which was the book-length result of an official probe into the attacks on the World Trade Center in New York and the Pentagon in Washington that killed nearly 3,000 people.

“No political intervention was found. And most important, the FBI conducted a satisfactory screening of Saudi nationals that left on chartered flights. This is all available in the report,” Kolko said.

The commission also said: “Our own independent review of the Saudi nationals involved confirms that no one with known links to terrorism departed on these flights.”

Meredith Diliberto, an attorney with Judicial Watch, said that her group had seen a first version of the documents in 2005, although the FBI had heavily redacted the texts to black out names, including all references to bin Laden.

Nevertheless, unedited footnotes in the texts allowed lawyers to determine that bin Laden’s name had been redacted. They pressed the issue in court and in November 2006, the FBI was ordered to re-release the documents.

Diliberto said mention that “either” bin Laden or Saudi royals had chartered the flight “really threw us for a loop.”

“When you combine that with some of the family members not being interviewed, we found it very disturbing.”

Editor’s Note:
So now Osama bin Laden himself may have arranged these charter flights? How on earth could that even be a possibility? What airline would ALLOW him to charter a plane after 9/11? Was it chartered before 9/11?

This stinks to high heaven. We know that prince Bandar was involved in these flights, and that he met with President Bush immediately before these flights occurred. Top officials knew about them, without question. And just how could bin Laden have arranged these flights for family members from whom he was supposedly so estranged? If the documents suggest the possibility he did the arranging, how could his family members not have been more throughly questioned?

Does the behavior of the FBI depicted here in the DAYS IMMEDIATELY AFTER 9/11 square with what you have since learned about the behavior of law enforcement and intelligence regarding the detention of suspected terrorists in the last few years? They sweep up EVERYONE, even when they have no straightforward connection of terrorism.

The FBI is lying. These flights got political clearance, and those on the flights were obviously politically protected. The President knew about them, and post-9/11 White House guest Bandar Bush has his fingerprints all over these flights.

The mind boggles eight different ways from this story. All we know for certain is that there is no limit to the contempt your leaders have for you.