A great deal of controversy has arisen about what was known about the movements and location of Osama bin Laden in the wake of his killing by US Special Forces on May 2 in Abbottabad, Pakistan. Questions about what intelligence agencies knew or didn’t know about al-Qaeda activities go back some years, most prominently in the controversy over the existence of a joint US Special Forces Command and Defense Intelligence Agency (DIA) data mining effort known as “Able Danger.”

What hasn’t been discussed is a September 2008 Department of Defense (DoD) inspector general (IG) report, summarizing an investigation made in response to an accusation by a Joint Forces Intelligence Command (JFIC) whistleblower, which indicated that a senior JFIC commander had halted actions tracking Osama bin Laden prior to 9/11. JFIC is tasked with an intelligence mission in support of United States Joint Force Command (USJFCOM).

The report, titled “Review of Joint Forces Intelligence Command Response to 9/11 Commission,” was declassified last year, in response to a Freedom of Information Act request from Steven Aftergood at the Federation of American Scientists. 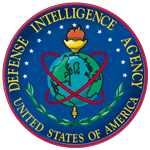 The whistleblower, who the IG report identified as a former JFIC employee represented only by his codename “IRON MAN,” claimed in letters written to both the DoD inspector general in May 2006 and, lacking any apparent action by the IG, to the Office of the National Director of Intelligence (ODNI) in October 2007, that JFIC had withheld operational information about al-Qaeda when queried in March 2002 about its activities by the DIA and higher command officials on behalf of the 9/11 Commission. The ODNI passed the complaint back to the IG, who then opened an investigation under the auspices of the deputy inspector general for intelligence.

In a November 27, 2007, letter from Edward Maguire at the ODNI to Gen. Claude Kicklighter at the DoD’s IG office, Maquire identifies the whistleblower as “a DIA employee in the Defense HUMINT Management Office, Policy and Plans Division,” who was “personally involved in JFIC intelligence activities related to al-Qa’ida and the 9/11 attacks and had first hand knowledge of circumstances surrounding that alleged false reporting to the Secretary of Defense and Congress.”

Maguire also offered to send classified material to the DoD IG that was in possession of the Director of National Intelligence’s (DNI) inspector general. He also told Kicklighter that the DNI had not performed even a preliminary inquiry on the allegations.

The IG report, which does not explain the 18-month delay in opening an investigation, cleared JFIC of any wrongdoing and declared that the intelligence agency had “provided a timely and accurate reply in response to the 9/11 Commission.” In evident response, IRON MAN indicated to the IG investigating staff that “he had never seen the 9/11 Commission questions or JFIC’s response, but that Congress should have asked for files concerning the tracking of Usama Bin Ladin.”

According to the IG report, the 9/11 Commission “had not requested the direct submission of any files or requested information regarding the tracking of Usama Bin Ladin.” The report said the commission questions “were very specific,” and asked what the JFIC knew about “imminent attack” or “hijackers involved” in the 9/11 terrorist attack.

Tracking Bin Laden had been undertaken by a secret unit within the JFIC, the Asymmetric Threats Division, formed in 1999 “to take a non-traditional approach to analysis.” Known by its DoD acronym, DO5, it was tasked with providing “current intelligence briefings and produced the Worldwide Terrorist Threat Summary in support of the USJFCOM Intelligence staff [J2].” Almost no public source material exists on DO5 activities, except what is in the IG report.

The IG report does not deny the tracking of Bin Laden, but notes that the JFIC was to provide general and direct intelligence support to USJFCOM and subordinate joint forces commands and that it did not have a mission to track Osama bin Laden or predict imminent targets of terrorism on US soil.

Nevertheless, DO5 was involved in intelligence concerns domestically. It provided assistance to the Joint Task Force – Civil Support (JTF-CS), which, like DO5, was formed in 1999 and based out of Fort Monroe, Virginia. The JTF-CS was tasked with assisting the DoD response to domestic terror incidents, including “managing the consequences of a domestic chemical, biological, radiological, nuclear and high-yield explosive (CBRNE) situation.” At one point, DO5 assisted the JTF-CS by “establishing fictional terrorist organizations that would mimic real world terrorist groups” that were utilized as part of JTF-CS “exercises.”

The obscurity of DO5’s mission was summed up by a former JFIC deputy director of intelligence, who told investigators that DO5 had “no theater specific mission.” According to the answers the JFIC provided to the 9/11 Commission, the JFIC received over 2,200 messages daily “from other agencies, JFCOM components, or services.” It did “not conduct any unilateral collection” of any intelligence domestically.

According to the narrative in the IG report, a previous JFIC deputy director of intelligence said that the JFIC commander, identified elsewhere in the report as Capt. Janice Dundas, US Navy, “directed him to stop tracking Usama Bin Ladin. The Commanding Officer stated that the tracking of Usama Bin Ladin did not fall within JFIC’s mission.” At the same time, JFIC analysis of purported Afghanistan “terrorist training camps” was also curtailed, with an explanation that such activities were outside the agency’s Area of Operations and “that the issues where [sic] not in JFIC’s swim lane.”

The order to stop tracking Bin Laden, therefore, came sometime between the origin of DO5 in 1999 and its realignment just prior to, or right after 9/11. In 2005, the JFIC itself was renamed the Joint Transformation Command-Intelligence, still subordinate to and serving USJFCOM.

According to the IG report, IRON MAN claimed that the JFIC had “original material created by DO5 relevant to al-Qa’ida,” and that the JFIC had constructed “numerous original reports.” But the IG investigators found that interviews with other JFIC personnel and a review of historical DO5 briefings did not support these allegations. They claimed that DO5, which “recruited JFIC personnel from the command based upon their counterintelligence and counterterrorism expertise,” merely “monitored and compiled intelligence reporting” from other agencies.

IRON MAN told IG investigators that he believed that his agency, JFIC, would deny the existence of the Asymmetric Threat Division and its analyses. But the IG report authors claimed, “JFIC correctly identified the DO5 in its response to question 8” from the 9/11 Commission and explained, in addition, that the JFIC noted that “D05’s emphasis was on force protection for the USJFCOM components.”

But in the reply to question 8 reproduced in the IG report, there is no mention of either DO5 or the Asymmetric Threat Division. The answer states, “JFIC’s Counter-terrorism focus has changed over the years,” and that from fall 1999 until September 11, 2001, the JFIC’s counterterrorism focus switched to “Asymmetric Threats OCONUS [outside the continental US] to include terrorism and CBRN [Chemical, Biological, Radiological and Nuclear] issues,” with the aforementioned emphasis on USJFCOM force protection. Nowhere does it indicate the existence of DO5 and there is no reason to believe that 9/11 Commission members were ever aware of its existence. The JFIC was never mentioned in the subsequent 9/11 Commission report.

In addition, IRON MAN’s allegations also included charges that the JFIC and specifically DO5, had developed information that the World Trade Center and the Pentagon were the most likely domestic targets of an al-Qaeda attack. The IG report disputes this and claims, with less than definitive assurance, “Evidence indicated that the JFIC did not have knowledge regarding imminent domestic targets prior to 9/11 or specific 9/11 hijacker operations.”

The IG report indicated that IG investigators spoke with a number of key ranking JFIC personnel, as well as the previous USJFCOM director of intelligence, the JFIC Commanding Officer and personnel from the Asymmetric Threat Division.

Earlier this year, a blogger, Susie Dow, who has been following the story of Kirk von Ackermann , a US Army contractor in Iraq who disappeared on the road between Tikrit and Kirkuk in October 2003, asserted that von Ackermann had earlier belonged to JFIC’s Asymmetric Threat Division. Von Ackermann’s vehicle was found by the side of the road with a computer and a briefcase containing $40,000 in cash. An Army Criminal Investigative Division investigation later concluded that he was the victim of a probable kidnapping, while rumors persisted that he was possibly going to blow the whistle on DoD corruption.

An associate of von Ackermann, Ryan Manelick, a former Air Force Intelligence officer, was shot and killed outside a US military base near Baghdad two months later. Manelick had earlier told various people that he was in fear for his life. Both von Ackermann and Manelick worked for the contractor Ultra Services, based in Turkey. No particular link between von Ackermann or Manelick and the IRON MAN allegations has ever been proposed.

Dow has written on the two contractors for the website e Pluribus Media. In a May 6 posting at her own web site, “The Missing Man,” Dow noted the IG report’s conclusion: “The analysis completed by the Joint Forces Intelligence Command, specifically the Asymmetric Threat Division, was not applicable to the questions asked by the 9/11 Commission.”

“Which leads me to believe the 9/11 Commission did not ask the correct questions,” Dow said.

Jeffrey Kaye, a psychologist living in Northern California, writes regularly on torture and other subjects for Truthout, The Public Record and Firedoglake. He also maintains a personal blog, Invictus. His email address is sfpsych at gmail dot com.