New York – Rudy Giuliani’s White House aspirations are inescapably tied to Sept. 11, 2001 – for better and for worse. While the former mayor of the nation’s largest city was widely lionized for his post-9/11 leadership – “Churchillian” was one adjective, “America’s mayor” was Oprah Winfrey’s assessment – city firefighters and their families are renewing their attacks on him for his performance before and after the terrorist attack.

“If Rudolph Giuliani was running on anything but 9/11, I would not speak out,” said Sally Regenhard, whose firefighter son was among the 343 FDNY members killed in the terrorist attack. “If he ran on cleaning up Times Square, getting rid of squeegee men, lowering crime – that’s indisputable.

“But when he runs on 9/11, I want the American people to know he was part of the problem.”

Such comments contradict Giuliani’s post-Sept. 11 profile as a hero and symbol of the city’s resilience – the steadfast leader who calmed the nerves of a rattled nation. But as the presidential campaign intensifies, criticisms of his 2001 performance are resurfacing.

Giuliani, the leader in polls of Republican voters for his party’s nomination, has been faulted on two major issues:

– His administration’s failure to provide the World Trade Center’s first responders with adequate radios, a long-standing complaint from relatives of the firefighters killed when the twin towers collapsed. The Sept. 11 Commission noted the firefighters at the World Trade Center were using the same ineffective radios employed by the first responders to the 1993 terrorist attack on the trade center.

Regenhard, at a 2004 commission hearing in Manhattan, screamed at Giuliani, “My son was murdered because of your incompetence!” The hearing was a perfect example of the 9/11 duality: Commission members universally praised Giuliani at the same event.

– A November 2001 decision to step up removal of the massive rubble pile at ground zero. The firefighters were angered when the then-mayor reduced their numbers among the group searching for remains of their lost “brothers,” focusing instead on what they derided as a “scoop and dump” approach. Giuliani agreed to increase the number of firefighters at ground zero just days after ordering the cutback.

More than 5 1/2 years later, body parts are still turning up in the trade center site.

“We want America to know what this guy meant to New York City firefighters,” said Peter Gorman, head of the Uniformed Fire Officers Association. “In our experiences with this man, he disrespected us in the most horrific way.”

The two-term mayor, in his appearance before the Sept. 11 Commission, said the blame for the death and destruction of Sept. 11 belonged solely with the terrorists. “There was not a problem of coordination on Sept. 11,” he testified.

Giuliani was also criticized for locating the city’s emergency center in 7 World Trade Center, a building that contained thousands of gallons of diesel fuel when it collapsed after the terrorist attack.

The lingering ill will between Giuliani and firefighters was resurrected when the International Association of Fire Fighters initially decided not to invite the former mayor to its March 14 candidates forum in Washington. Other prominent presidential hopefuls, including Republican John McCain and Democrats Barack Obama, Hillary Rodham Clinton and John Edwards, addressed the nation’s largest firefighters union.

According to the Giuliani camp, the contretemps with the union dates to tough contract negotiations in his second term as mayor. His critics deny any political motivation.

The IAFF drafted a membership letter – it was never sent – that excoriated Giuliani and promised to tell “the real story” about his role in handling the terrorist attack.

The then-mayor’s decision to change policy on the ground zero recovery effort was “an offensive and personal attack” on firefighters, the letter said, going on to say that Giuliani’s “disrespect … has not been forgotten or forgiven.”

Giuliani countered the attacks by releasing an open letter of support from retired firefighter Lee Ielpi, whose firefighter son was among the 2,749 victims on Sept. 11. “Firefighters have no greater friend and supporter than Rudy Giuliani,” Ielpi said.

A contingent of nearly 100 South Carolina firefighters also expressed their support for Giuliani and his White House hopes.

Hank Sheinkopf, a veteran political consultant, predicted the 9/11 criticisms could resonate beyond New York during the presidential campaign.

“These are very emotional people who will touch a responsive chord with a lot of the electorate,” he said. “The things that the 9/11 families say will wind up in television commercials used against Rudy Giuliani.”

The issues also have forced Giuliani to try to strike a balance to avoid the perception that he’s exploiting the attacks for his own personal gain. President Bush faced the same challenge in 2004 when he invoked the attacks to portray himself as a strong and steady leader in the face of terrorism. Some victims’ relatives criticized Bush for using the ruins of the World Trade Center in his campaign commercials, while others defended him. 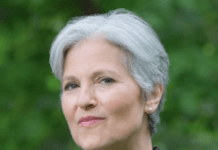 Saudi-Sized Cracks in the 9/11 Wall of Silence

The 28 redacted pages challenge you to re-think everything