WASHINGTON (AP) — The Obama administration has been quietly advising local police not to disclose details about surveillance technology they are using to sweep up basic cellphone data from entire neighborhoods, The Associated Press has learned.

Citing security reasons, the U.S. has intervened in routine state public records cases and criminal trials regarding use of the technology. This has resulted in police departments withholding materials or heavily censoring documents in rare instances when they disclose any about the purchase and use of such powerful surveillance equipment.

Federal involvement in local open records proceedings is unusual. It comes at a time when President Barack Obama has said he welcomes a debate on government surveillance and called for more transparency about spying in the wake of disclosures about classified federal surveillance programs. 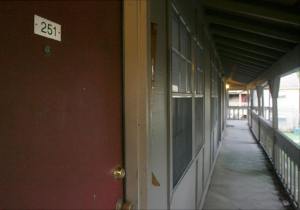 One well-known type of this surveillance equipment is known as a Stingray, an innovative way for law enforcement to track cellphones used by suspects and gather evidence. The equipment tricks cellphones into identifying some of their owners’ account information, like a unique subscriber number, and transmitting data to police as if it were a phone company’s tower. That allows police to obtain cellphone information without having to ask for help from service providers, such as Verizon or AT&T, and can locate a phone without the user even making a call or sending a text message.

But without more details about how the technology works and under what circumstances it’s used, it’s unclear whether the technology might violate a person’s constitutional rights or whether it’s a good investment of taxpayer dollars.

Interviews, court records and public-records requests show the Obama administration is asking agencies to withhold common information about the equipment, such as how the technology is used and how to turn it on. That pushback has come in the form of FBI affidavits and consultation in local criminal cases.

“These extreme secrecy efforts are in relation to very controversial, local government surveillance practices using highly invasive technology,” said Nathan Freed Wessler, a staff attorney with the American Civil Liberties Union, which has fought for the release of these types of records. “If public participation means anything, people should have the facts about what the government is doing to them.”

Harris Corp., a key manufacturer of this equipment, built a secrecy element into its authorization agreement with the Federal Communications Commission in 2011. That authorization has an unusual requirement: that local law enforcement “coordinate with the FBI the acquisition and use of the equipment.” Companies like Harris need FCC authorization in order to sell wireless equipment that could interfere with radio frequencies.

A spokesman from Harris Corp. said the company will not discuss its products for the Defense Department and law enforcement agencies, although public filings showed government sales of communications systems such as the Stingray accounted for nearly one-third of its $5 billion in revenue. “As a government contractor, our solutions are regulated and their use is restricted,” spokesman Jim Burke said.

Local police agencies have been denying access to records about this surveillance equipment under state public records laws. Agencies in San Diego, Chicago and Oakland County, Michigan, for instance, declined to tell the AP what devices they purchased, how much they cost and with whom they shared information. San Diego police released a heavily censored purchasing document. Oakland officials said police-secrecy exemptions and attorney-client privilege keep their hands tied. It was unclear whether the Obama administration interfered in the AP requests.

“The vast amount of information it sweeps in is totally irrelevant to the investigation,” she said.

A court case challenging the public release of information from the Tucson Police Department includes an affidavit from an FBI special agent, Bradley Morrison, who said the disclosure would “result in the FBI’s inability to protect the public from terrorism and other criminal activity because through public disclosures, this technology has been rendered essentially useless for future investigations.”

Morrison said revealing any information about the technology would violate a federal homeland security law about information-sharing and arms-control laws — legal arguments that that outside lawyers and transparency experts said are specious and don’t comport with court cases on the U.S. Freedom of Information Act.

The FBI did not answer questions about its role in states’ open records proceedings.

But a former Justice Department official said the federal government should be making this argument in federal court, not a state level where different public records laws apply.

“The federal government appears to be attempting to assert a federal interest in the information being sought, but it’s going about it the wrong way,” said Dan Metcalfe, the former director of the Justice Department’s office of information and privacy. Currently Metcalfe is the executive director of American University’s law school Collaboration on Government Secrecy project.

A criminal case in Tallahassee cites the same homeland security laws in Morrison’s affidavit, court records show, and prosecutors told the court they consulted with the FBI to keep portions of a transcript sealed. That transcript, released earlier this month, revealed that Stingrays “force” cellphones to register their location and identifying information with the police device and enables officers to track calls whenever the phone is on.

One law enforcement official familiar with the Tucson lawsuit, who spoke on condition of anonymity because the official was not authorized to speak about internal discussions, said federal lawyers told Tucson police they couldn’t hand over a PowerPoint presentation made by local officers about how to operate the Stingray device. Federal officials forwarded Morrison’s affidavit for use in the Tucson police department’s reply to the lawsuit, rather than requesting the case be moved to federal court.

In Sarasota, Florida, the U.S. Marshals Service confiscated local records on the use of the surveillance equipment, removing the documents from the reach of Florida’s expansive open-records law after the ACLU asked under Florida law to see the documents. The ACLU has asked a judge to intervene. The Marshals Service said it deputized the officer as a federal agent and therefore the records weren’t accessible under Florida law.