WASHINGTON — With the health treatment program for 9/11 responders set to expire this fall and Congress moving slowly to reauthorize it, Jon Stewart demanded to know on his show Wednesday night who is responsible for all that “bullshit.”

It turns out, there’s an app for that.

A 9/11 advocacy group, Citizens for the Extension of the James Zadroga Act, rolled out a website Thursday that lets people look up any member of Congress and find out where they stand on the new Zadroga Act as well as what they’ve said about 9/11 in the past.

People who don’t know their representatives’ names can plug in a ZIP code, and see what their House member and senators have done and said about 9/11 and about the bill to help ill responders. It also connects users to social media so they can share their opinions.

“This tool will allow 9/11 responders, survivors, their families and supporters to see where each member of Congress stands on renewing and extending the James Zadroga 9/11 Health and Compensation Act and whether ‘Never Forgetting 9/11’ is just a hollow political statement or something that members of Congress are in fact committed to doing,” said Richie Alles, deputy chief of the New York City Fire Department and a board member of the group. 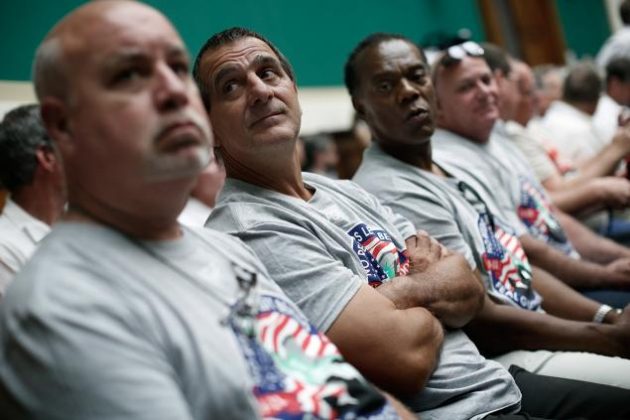 So far, lawmakers, especially Republicans, have shown a greater willingness than they did five years ago to pass the legislation.

Sen. Kirsten Gillibrand (D-N.Y.) told Stewart that she hoped her version of the Zadroga Act would get a vote sometime around Sept. 11.

Stewart, who said the stalling around the 9/11 bill makes him so mad he “can’t even think straight,” pledged he would stay on the issue, although his run on “The Daily Show” ends in August.

“Let’s schedule a call, and let’s schedule a ritual shaming around that time,” he said. “I obviously at that point will be knee-deep in, more than likely, grain alcohol.”

There’s that old maxim that says, “Don’t drink and dial,” though the new app also offers people the ability to connect by phone with members of Congress.

If Stewart is willing to close the Mixologist app and open the 9/11 one around then, we hope someone is sober enough to record his call to House Speaker John Boehner (R-Ohio).