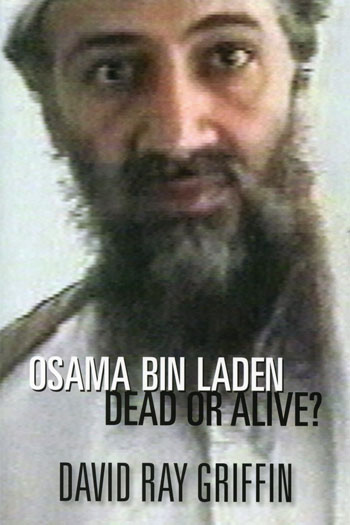 The US’s political discourse and foreign policy in recent years has been based on the assumption that Osama bin Laden is still alive. George W. Bush promised as president that he would get Osama bin Laden “dead or alive” and has been widely criticized for failing to do so. The US’s present military escalation in Afghanistan is said to be necessary to “get Osama bin Laden.” The news media regularly announce the appearance of new “messages from bin Laden.” But what if Osama bin Laden died in December 2001–which is the last time a message to or from him was intercepted?

In this book, David Ray Griffin examines the evidence for the claim–made by everyone from former CIA agent Robert Baer to Oliver North–that bin Laden is surely no longer with us. He analyzes the purported messages from bin Laden and finds that, as many have suspected, they do not provide evidence of bin Laden’s existence after 2001. This leads naturally to the question: if Osama bin Laden did indeed die in 2001, how and why have dozens of “messages from bin Laden” appeared since then?

Griffin’s meticulous analysis supports above all one simple and urgent conclusion: if Osama bin Laden is dead, the US should not be using its troops and treasure to hunt him down.

David Ray Griffin has published 35 books on philosophy, religion, and politics. His most recent book, The New Pearl Harbor Revisited, was a Publishers Weekly “Pick of the Week” in 2008. His books about 9/11 published by Interlink Books are listed here.

“David Ray Griffin, one of America’s most careful and judicious political analysts, specializes in subjects the mainstream media and most politicians prefer to ignore. Three cheers to him now for taking on the question of whether Osama bin Laden died some years ago and should therefore no longer be a reason for the United States to continue its war in Afghanistan. There are powerful forces both in the United States and some of its allies that undoubtedly want a clash of civilizations. Some of these forces may well have acted secretly in the past, and may still be working, to create situations, real or false, to bring about more warfare. Griffin’s new book, with its evidence that “messages from bin Laden” may have been fabricated, should encourage a complete rethinking of the mission in Afghanistan.” — William Christison, former senior CIA official

“This book is part of a growing body of non-fiction that illuminates the cataclysmic gap between those with power, who do as they please, and those with knowledge, who are not heard. At least 80% of what is done ‘in our name’ with our tax dollars is wasteful, lacks intellectual integrity, and does great harm to humanity both at home and abroad. Unless President Obama breaks out of the closed circle of power to connect with the kind of independent knowledge found in this book, he will remain a captive ‘front’ for the Empire Enterprise.” — Robert David Steele Vivas, recovering spy, founder of the USMC Intelligence Center, CEO of OSS.Net, and CEO of Earth Intelligence Network

“Osama bin Laden is the world’s best-known terrorist, but how much of what we think we know about him is real? David Griffin examines this question in greater depth than any previous author. Based on the evidence, he suggests that bin Laden may have been dead for some time. If so, this means that some covert operators have been fabricating tapes to keep Osama bin Laden alive in the public’s imagination.” — Terrell E. Arnold, former deputy director of the US State Department Office of Counterterrorism, author of A World Less Safe

Other materials from David Griffin: 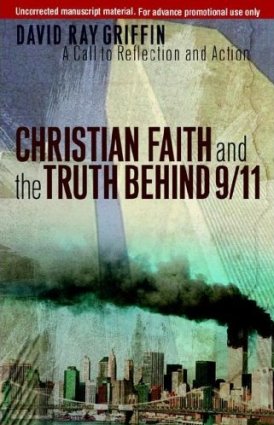 Christian Faith and the Truth Behind 9/11

* Probing disturbing questions that beg for a response from the Christian community, distinguished scholar of religion and popular writer David Ray Griffin provides a hard-hitting analysis of the official accounts of the events of September 11, 2001.

* A tireless investigator, Griffin has sorted through enormous amounts of government and independent data and brought to the surface some very unsettling inconsistencies about what really happened. In this, his latest book, he analyzes the evidence about 9/11 and then explores a distinctively Christian perspective on these issues, taking seriously what we know about Jesus? life, death, and teachings. Drawing a parallel between the Roman Empire of antiquity and the American Empire of today, he applies Jesus? teachings to the current political administration, and he explores how Christian churches, as a community intending to be an incarnation of the divine, can and should respond. 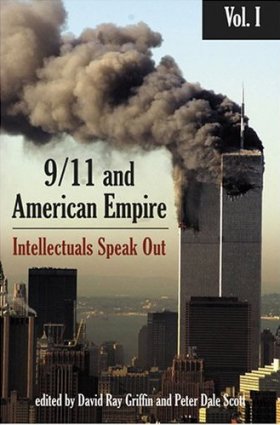 Practically from the moment the dust settled in New York and Washington after the attacks of September 11, a movement has grown of survivors, witnesses, and skeptics who have never quite been able to accept the official story. When theologian David Ray Griffin turned his attention to this topic in his book The New Pearl Harbor (2003), he helped give voice to a disquieting rumble of critiques and questions from many Americans and people around the world about the events of that day. Were the military and the FAA really that incompetent? Were our intelligence-gathering agencies really in the dark about such a possibility? In short, how could so much go wrong at once, in the world’s strongest and most technologically sophisticated country?

Both the government and the mainstream media have since tried to portray the 9/11 truth movement as led by people who can be dismissed as ‘conspiracy theorists’ able to find an outlet for their ideas only on the internet. This volume, with essays by intellectuals from Europe and North America, shows this caricature to be untrue. Coming from different intellectual disciplines as well as from different parts of the world, these authors are united in the conviction that the official story about 9/11 is a huge deception manufactured to extend imperial control at home and abroad.

David Ray Griffin’s Speech: ‘9-11 and the American Empire’ Audio
David Ray Griffin’s speech from April 18, 2005 titled “9-11 and the American Empire: How Should Religious People Respond?”, presented at an event hosted by Muslim, Jewish & Christian Alliance for 9/11 Truth, at the University of Wisconsin in Madison. This speech marked the first time the full case for 9/11 truth has ever been presented to a national audience.

This audio cd is copy-right free for use on local radio and commuter education. It is perfect for group presentations and on local public access radio broadcasts. $7.50

9/11 & AMERICAN EMPIRE: INTELLECTUALS SPEAK OUT (clamshell)
September 24, 2006 marked the first public event sponsored by Berkeley radio station KPFA regarding the alternative version of the events of 9/11. The panel discussion celebrated the publication of the book edited by David Ray Griffin and Peter Dale Scott titled 9/11 and American Empire: Intellectuals Speak Out.

The book, published by Olive Branch Press (Interlink), contains eleven essays by American and international intellectuals. Ray McGovern, the host of the event commented that these writings “in no way can be dismissed as the ravings of ‘paranoid conspiracy theorists’.”

This 2 hour DVD of the landmark event publicizing 9/11Truth includes the complete presentations of each of four major contributors to the book: David Ray Griffin, Peter Dale Scott, Peter Phillips and Kevin Ryan, plus a question and answer session moderated by host, Ray McGovern. The audience’s standing ovation response to this standing-room-only event was tremendous.

KPFA is one of five Pacifica stations in the US, including DC (WPFW), NY (WBAI), TX (KPFT) and 2 in CA (KPFK in LA and KPFA in Berkeley). All of these stations are member supported and offer the very best progressive programming, and now include the truth of 9/11.
2 hours, $9.95
9/11 Flights of Fancy: Truth and Politics
9/11, American Empire, and Christian Faith
9/11 and Nationalist Faith